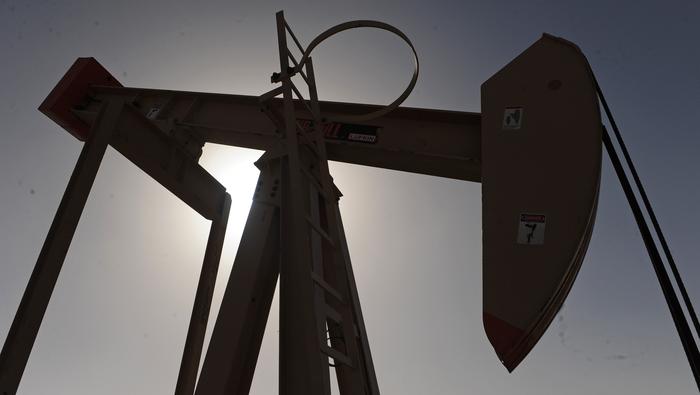 WTI crude oil is once again testing the 200-day moving average after falling beneath it to start the month. The first test on August 11th solidified the widely-watched average as resistance after it took little time to turn lower upon touching it.

This morning oil traded above it, but at the time of this writing it is back below. It will be worth nothing whether it can stay above on a daily closing basis. If we get another rejection after the earlier month failure then oil is likely to turn lower in the near-term at the least.

It could, however, be a short-lived bout of weakness as there is potential for an inverse head-and-shoulders pattern with the early month low and mid-month low acting as the left shoulder and head, respectively. It is of course way to early to say whether this will happen, but worth keeping on the radar.

Even if oil were to climb above the 200-day for the outlook to turn more positive it will need to maintain a rally, and ideally turn the area immediately around 95 into a level of support through a successful test on a pullback.

For now, keeping an eye on how things play out at the 200-day, it could offer up a short opportunity for the short-term trader. And as outlined a bullish pattern may come into play later. Either way the 200-day is exerting its influence at the moment and will be a focal point for the market. 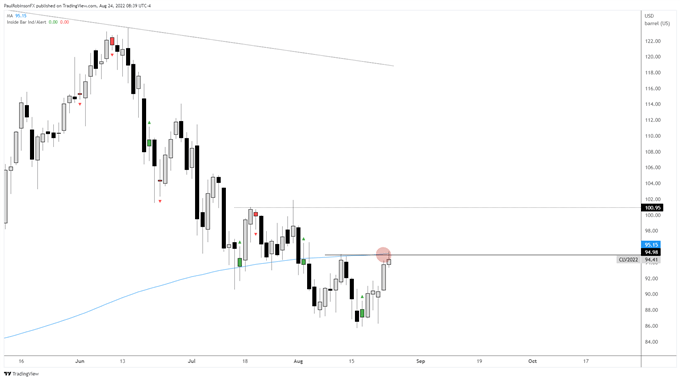