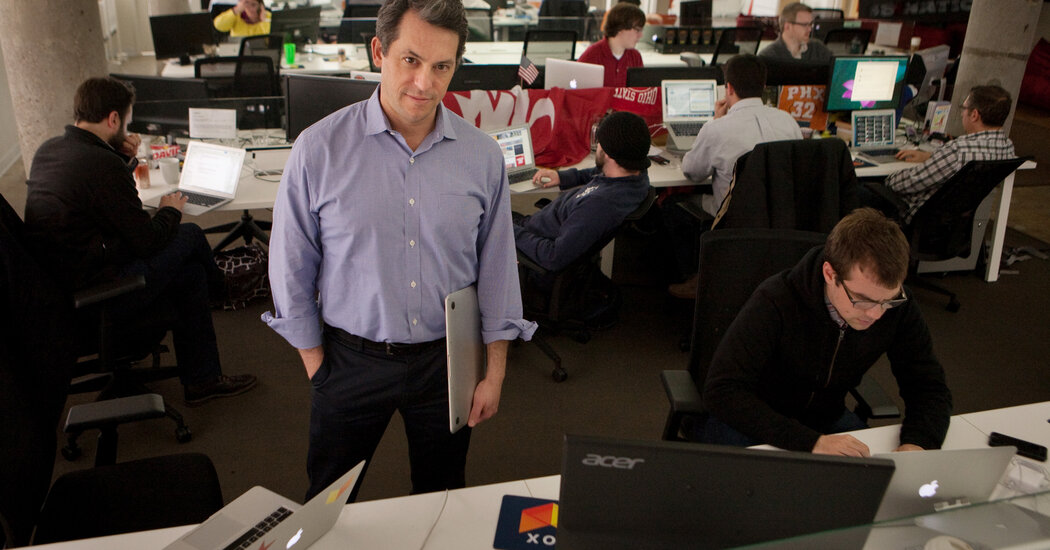 Vox Media is in talks to buy Group Nine Media in a deal that would merge two big digital media companies as the industry continues to consolidate.

In an email to Vox Media staff on Monday, which was viewed by The New York Times, Jim Bankoff, the chief executive of Vox, said that the company was in “advanced discussions” to acquire Group Nine.

“Their organization is strong and complementary to ours in many areas, from the topics they cover and the audiences they serve to the formats in which they tell stories and the platforms they tell them on,” he said in the email, adding that the combined companies would be “the clear leader in modern media.”

Mr. Bankoff sent the email after The Wall Street Journal reported news of the possible deal.

Vox Media, which was co-founded by Mr. Bankoff in 2011, is the publisher of Vox.com, The Verge and SB Nation. It bought New York magazine and its related websites in 2019. Group Nine operates the lifestyle websites PopSugar, the Dodo, Thrillist and Seeker.

Mr. Bankoff said in the email that Group Nine had more than 240 million social followers and more than 6 billion video views each month.

“The business rationale behind this merger is to grow revenue, increase scale and combine these incredibly powerful and complementary portfolios,” Mr. Bankoff said in the email.

He added that the deal was not yet signed, “but we anticipate it will be shortly.”

“Between now and when the deal closes, in early 2022, we will be operating as two completely separate companies,” he said.

Mr. Bankoff added that Ben Lerer, the founder and chief executive of Group Nine, would move onto the Vox Media board of directors, adding that there were “no immediate plans to go public.”

Digital media companies have been looking for ways to pay back investors and compete against Google and Facebook in an increasingly tough advertising market. BuzzFeed, known for both its quizzes and its news reporting, went public last week by merging with a so-called blank-check company. Its stock, which opened on its first day of trading on Dec. 6 at $10.95, was trading on Monday at around $6.20.

Group Nine had previously indicated interest in going public, creating its own blank-check company, which are known as a special purpose acquisition company or SPAC, in December 2020.

A wave of consolidation has swept across digital media in recent years. BuzzFeed announced in November 2020 that it would buy HuffPost from Verizon Media. In 2019, Vice Media acquired the women’s lifestyle publisher Refinery29, and Group Nine bought PopSugar.