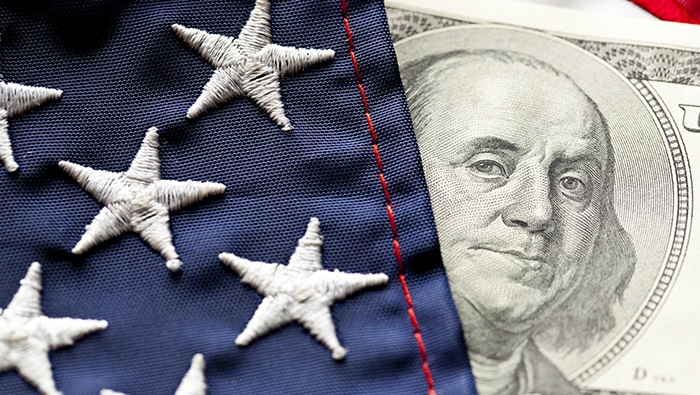 Has the US Dollar topped?

That’s the question that’s pushing FX price action at the moment, and tied into that argument is also the matter with inflation, and whether that’s already-peaked. Last week’s inflation data was encouraging on that front as it was the first time that the data printed below expectations in what feels like a long time. But, notably, the current 19-year-high in the USD came-in just after last month’s CPI release, when headline inflation came in at 9.1% against an 8.7% expectation. We’ve had one encouraging data point on CPI since then so it’s still too early to call that a trend.

But, perhaps a bigger question when looking at USD trends relates to counter-parts and specifically the Euro. While inflation is softening in the US and that’s helping to temper expectations around FOMC rate hikes, the ECB remains in a rather vulnerable place and they’ve only started to lift rates. Will the ECB be able to keep up with or perhaps even outpace the US with rate hikes moving forward? Or, perhaps more to the point, will rate hike expectations around Europe increase more than what might show in the US? That seems a more difficult variable to contend with at the moment.

From a technical basis, the US Dollar continues to hold the pullback move after that fresh 19-year-high printed last month. Prices have been pulling back in a somewhat orderly fashion, abiding by a bearish channel with parallel trendlines for much of the time. That pullback has found support around the 23.6% Fibonacci retracement of the May 2021 – July 2022 major move.

Collectively, this makes for a bull flag formation, which keeps the door open for long-term bullish trends. The bigger question, however, is timing, as that trend has been pulling back for almost a month now and still, only as much as 23.6% of the bullish run has been retraced.

Taking a step back to the monthly chart and there’s reason for bulls to be cautious. Last month’s candle was a pin bar, highlighted by an elongated wick ‘sticking out’ from prior price action. Such formations will often be tracked with aim of reversals, hypothesizing that the upper wick formed from the reversal last month might have continuation potential. And, so far in August, that’s continued as we’ve seen a progression of lower-lows and lower-highs.

This provides some bearish intermediate-term potential in the USD but, again, the big question on that theme is whether other currencies can off-load any of that prior USD-strength, with a major question mark around the Euro which I’ll touch on below our next chart.

Currencies are unique in a very important way: Because currencies are the base of the financial system, the only way to value a currency is with another currency.

Gold, oil, stocks, widgets – whatever – can all be based in a native currency, Euros, US Dollars, etc. But the US Dollar? Well, the only way to establish a value on the USD, a measuring stick if you will, is by using other currencies.

This is why Forex is traded in pairs. But, it’s also of issue when we have a situation such as we do with the US Dollar at the moment. And, of important note, the US Dollar quote in DXY is approximately 57.6% EUR/USD. So, it’s unusual for the US Dollar to embark on a major trend without at least some participation from the Euro.

Case-in-point, throughout this massive run of USD-strength, the Euro has been incredibly weak throughout. As rates were rising in the US, there was little indication of Europe joining the fray, even as inflation jumped throughout the Euro-zone. Growth was weaker and the ECB more timid towards rate hikes for fear of choking off whatever growth was left.

And looking ahead to this winter, there’s some pretty major risk on the horizon given the ongoing war between Russia and Ukraine. This will likely bring constraint to a number of key commodities, like liquid natural gas. And supply constraints in liquid natural gas means higher energy prices which will further squeeze European consumers at a time when the economy can ill-afford that. So, rightfully, the ECB has been cautious. But, that divergence has allowed for another major factor to enter the equation and that’s weakness in the currency – which can further put pressure on inflation given the fact that imported goods will cost more due to the dwindling value of the Euro.

So, if we look at that rather extreme move in the USD above, well it matches with the extreme move in EUR/USD seen below, which brought the parity level into play for the first time in over 20 years last month.

Parity is a big deal. In many ways, it’s the ultimate psychological level. But, perhaps more to the point, by the time EUR/USD moved down for a parity test the bearish trend was already 2,000 pips deep. Meaning there were likely a lot of long-term shorts that were holding on for the ride. And given how clean the bearish move was from February through early-July, there was little reason for those shorts to tighten up their positions.

This week brought the first major test as EUR/USD jumped to a fresh monthly high on the back of the Wednesday CPI print. This allowed for price to move right back to a key area on the chart, around the 1.0350 level that had previously-helped to set support. That price was also confluent with a bearish trendline, and it helped to hold the highs on Wednesday after the CPI report.

It also came into play again on Thursday, helping to produce a lower-high, and eventually on Friday price was able to push back into the prior range.

As you can probably tell from the above, I’m not very bullish around the Euro or the Euro-zone in general. The bigger question I have at the moment is one of timing. And given that we’re in the summer months combined with Jackson Hole the week after next and the next FOMC meeting more than a month away, we may be in a space where the dominant trend can continue to take a break. The one factor that could change that is the same that popped-up in early-August, when Fed-speak continually drove home that the Fed wasn’t yet nearing a pivot.

From the four-hour chart below, we can see support showing at prior resistance after the fresh higher-high. This can keep the door open for a further bullish push, looking for a re-test around 1.0340 after which the 1.0400 level comes into view.

GBP/USD came into last week with a falling wedge formation after a big spot of support came into play on the prior Friday. That support runs from the psychological level of 1.2000 up to the 1.2021 Fibonacci level, and that led into a strong breakout on Wednesday after the CPI data was released in the US.

GBP/USD then broke-out, and put in a strong run to the 1.2275 level. But, that’s about when buying activity slowed and prices began to pullback, printing a lower-high below the 1.2292 level of resistance.

At this point, GBP/USD looks to be in a pattern of consolidation, and I’d hesitate to assign a trending capacity to the matter until either support at the 1.2000 handle was taken-out, or until bulls can push above resistance at the 1.2292 level.

AUD/USD: A Big Week for Aussie

It was a big week for AUD/USD. There was a falling wedge here, as well, although this pattern was on a longer-term basis. Price began a breakout in late-July, but the early-August RBA rate decision helped to bring a pullback to the pair. And the prior week ended up closing as a bearish engulf; but price held right at prior support of .6880.

At this point, AUD/USD appears to be one of the more attractive bearish-USD scenarios given last week’s price action. The prior zone of resistance that spans from .7000 up to .7053 now comes into play as support potential in bullish continuation scenarios.

USD/JPY has seen some sharp movements lately, with some help from US Treasury Yields, but at this stage, I’m struggling to find a notable near-term trend. There could be potential on both sides however given timing, as noted above, along with technical backdrop, I’m devoid of any trending ideas on the pair going into next week.

On the bullish side – rates remain a big factor and I think it would be presumptuous at this point to say that they’ve topped. On the other side of the matter, risk aversion themes (along with lower rates in Treasuries) could fast become attractive in a ‘risk off’ market environment, but that’s not really what we’ve had of late, with US equities continuing to punch up to fresh multi-month highs.

So far the August candle highlights indecision it’s currently showing as a doji – and I’m not expecting that to necessarily remain as the case, but there are some notable levels from that which can help to offer strategy parameters for the week ahead. At support, we have the August low of 130.40 which syncs up with the 130.00 psychological level to create a support zone. A breach of that opens the door for a deeper bearish move, and my expectation is that this would be coupled with risk aversion themes in the event that it shows.

On the upper bound of this month’s candle, we have a high at 135.58, which syncs with the 135.00 psychological level to create a resistance zone. A breach of that opens the door for a re-test of the June high at 137.00.