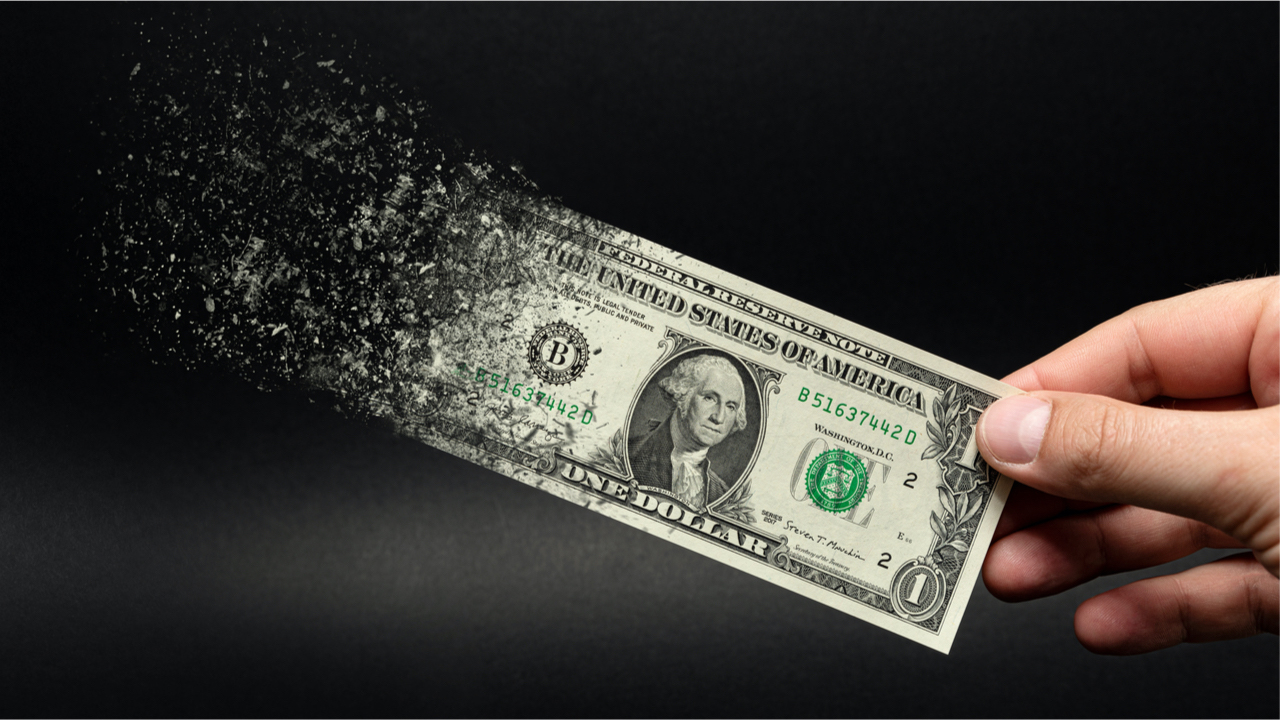 The consumer price index (CPI) data released Friday by the U.S. Bureau of Labor Statistics show prices in the United States climbed 6.8% in November compared to 12 months ago. It’s the largest rise in close to forty years, and U.S. policymakers are backing away fast from saying inflation is transitory.

Inflation Accelerates in the United States

Inflation continues to rear its ugly head in America as the cost of goods and services continues to rise with 2021 nearing the year’s end. On Friday, the Bureau of Labor Statistics, a unit of the United States Department of Labor, published the agency’s consumer price index (CPI) report for November and statistics look awful. Basically, the CPI is a measurement of a basket of goods urban households consume regularly. The metric rose the highest its ever been in close to forty years, jumping 6.8% over the same period in 2020.

Of course, economists and analysts all over the world had something to say about America’s rising inflation. The journalist and “market maniac” Holger Zschäpitz discussed the latest CPI report from the Bureau of Labor Statistics:

“Ouch! U.S. inflation jumps to 6.8% in [November], meeting economists’ expectations,” Zschäpitz said. “The reading shows the fastest pace of price growth since 1982, when Ronald Reagan was president. Inflation has accelerated through the fall as the supply crisis and strong spending fueled price hikes.”

U.S. households paid 0.8% more for consumer goods and services since October as well, according to the latest CPI report. Sven Henrich, the founder of northmantrader.com, sarcastically told his 323,800 Twitter followers “as long as you don’t need cars, housing, food or energy inflation is only 6.8%.” In a recent blog post published by Henrich, the market analyst criticized Fed chair Jerome Powell for sticking to the transitory inflation narrative for so long.

“What a colossal embarrassing blunder,” Henrich said. “Once again a Fed Chair being in total denial about reality. Like Ben Bernanke in 2007 declaring subprime contained and not a threat to the economy, persistent inflation is suddenly a risk to the economy when it supposedly wasn’t all year long while the data clearly kept saying that it was.” The analyst further added:

The Fed not only got inflation wrong but by extension they got policy completely wrong and I find myself very much validated here: They’ve totally overdone it on the liquidity front as they kept printing like madmen into an inflationary environment that they denied existed.

Grant Thornton Economist: ‘This Is Inflation That’s Not Likely to Be Insignificant Anytime Soon’

Diane Swonk, chief economist at Grant Thornton, recently spoke with Washington Post reporter Rachel Siegel and said inflation can subside, but this particular instance could be problematic. “Yes, inflation can abate, but what [policymakers] care about is: Is it significant or insignificant to peoples’ lives and decision-making?” Swonk stressed. “This is inflation that’s not likely to be insignificant anytime soon, and that’s a problem.”

A longtime critic of the Federal Reserve, Peter Schiff believes the central bank’s schemes will just add more fuel to the fire. “Maybe the reason investors think the Fed can cure the worst inflation in U.S. history by lifting interest rates slightly above zero [is] because they know even a tiny rate hike will crash the economy, which they assume will kill off inflation. But in reality, it will extend its life,” Schiff said on Friday.