Uber Workers Would Be Classed as Employees Under EU Proposal 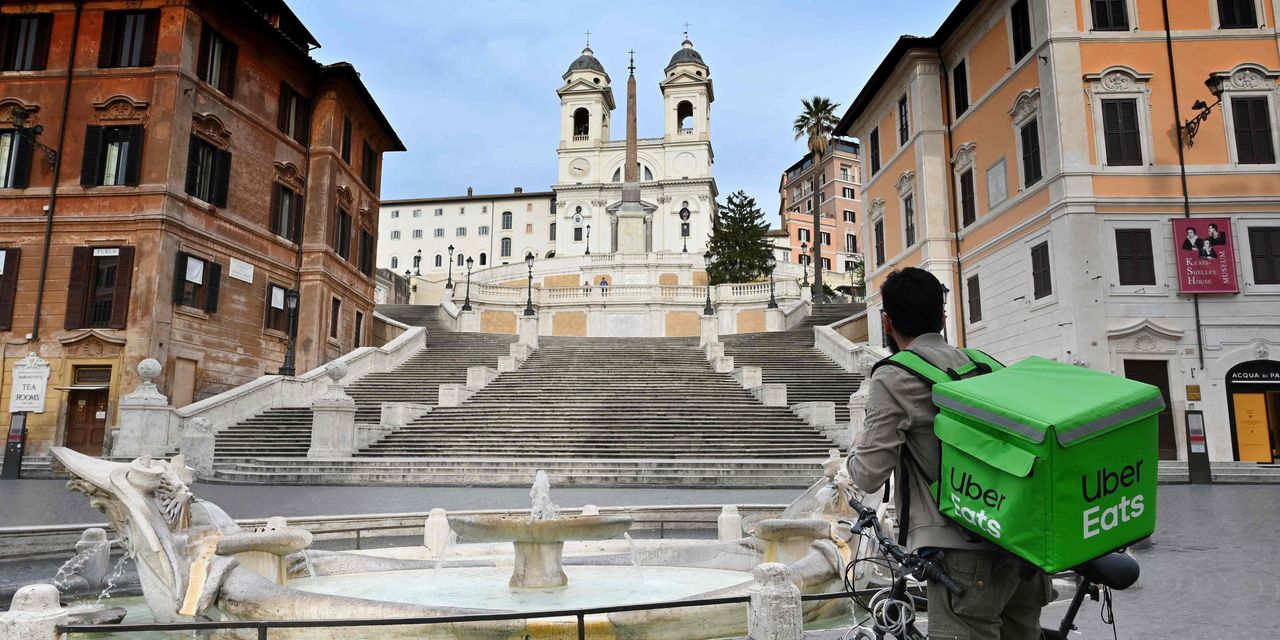 PLC and other gig-economy companies could be forced to give more benefits to their drivers and delivery personnel under a European Union proposal that would reclassify many of their jobs as employment.

The draft bill, proposed Thursday by the EU’s executive arm, would establish a presumption that many of the companies in what is often called the gig economy actually employ workers, depending on the level of control the companies exercise over how workers perform their jobs. Until now, most such companies have deemed the majority of their workers to be independent contractors.

The shift would apply to those companies if they meet certain criteria —like defining the pay for tasks and evaluating worker performance—though the companies could refute the presumption of employment in national courts across Europe.

EU officials estimate that roughly 5 million of 28 million people who do what is also known as platform work in the bloc would be reclassified under the new rules. Many are workers who perform in-person services, such as drivers and delivery workers, the EU officials said.

“With more and more jobs created by digital labor platforms, we need to ensure decent working conditions for all those deriving their income from such work,” said

The gig-work proposal will now begin years of debate before possible application. To become law, it must be approved by the EU’s Parliament and member states—after which each of the EU’s 27 states would have two years to adapt and implement it nationally.

But even before passage, Thursday’s proposal could have an impact on the global debate over whether and how to grant more employment rights to workers in the gig economy, where apps distribute individual tasks to a pool of people whom the app makers have historically treated as independent.

Companies such as Uber and Deliveroo, as well as Estonian ride-sharing and food-delivery platform Bolt Technology OU, are opposed to the proposal as it currently stands, saying that reclassification of workers could lead to job losses in their sectors as companies adapt to the new rules.

Bolt says the change would likely force it to hire full-time drivers in a “maximum utilization model”—meaning it would employ fewer drivers for longer hours. “The effect this is producing is that you’re going to make people lose their work opportunities,” said Aurélien Pozzana, Bolt’s head of public policy for Western Europe.

Deliveroo, which exited the Spanish market earlier this year in part because of rules there that effectively would reclassify its riders, said that “reclassifying riders has negative consequences for riders themselves, consumers, restaurants and the wider economy.”

Uber, for its part, says that it wants to create standards for offering benefits while keeping its drivers independent, something it says they value. A company spokesman said Uber is “concerned the Commission’s proposal would have the opposite effect—putting thousands of jobs at risk.”

The company in March said it would grant its U.K. drivers a worker employment status that gives them the right to some benefits after it lost a court case on their status before the country’s Supreme Court.

Under Thursday’s proposal, companies would be considered employers if they meet two out of five criteria, which include restricting a worker’s ability to work for third parties, limiting how they can decline to perform tasks, or setting pay levels or maximum fees. Companies would be able to challenge designation as an employer based on the specifics of their situations.

The bill would also grant all people who work for what the EU calls “platform companies”—whether classified as self-employed or employees—new rights to information and human oversight of automated management of their employment. That comes as more companies use automated systems to help supervise employees.

Thursday’s proposal is the latest salvo in the EU’s bid to expand regulation of big tech companies, coming on the heels of other proposals to regulate content moderation on social media, ban certain allegedly anticompetitive business practices from big tech companies and restrict the use of artificial intelligence.

Similar rules on some of those topics are advancing in the U.K., and other proposals aimed at reining in big technology companies are under consideration in the U.S., Australia, Canada and elsewhere.

Write to Sam Schechner at sam.schechner@wsj.com