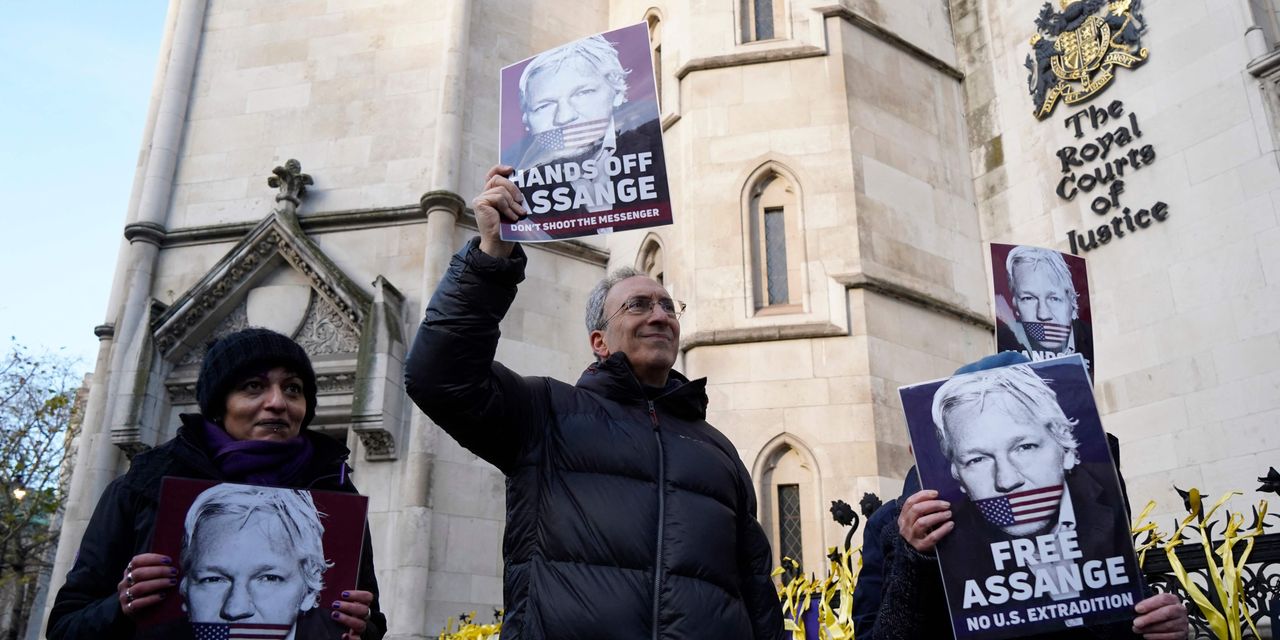 LONDON—The U.S. government won an appeal against a U.K. court’s decision to bar the extradition of Julian Assange, clearing an important hurdle in Washington’s battle to put the WikiLeaks founder on trial on spying charges.

The decision by the U.K. High Court to overturn a lower court’s refusal to extradite Mr. Assange isn’t necessarily the end of the case—Mr. Assange can still appeal to the U.K. Supreme Court, lawyers say.

Mr. Assange’s fiancée, Stella Moris, said in a statement following the verdict that Mr. Assange and his team “will appeal this decision at the earliest possible moment.”

In their ruling, Lord Chief Justice Ian Burnett and Lord Justice Tim Holroyde said assurances given by the U.S. that Mr. Assange wouldn’t be held under the strictest maximum-security conditions if extradited were sufficient to clear the path to extradition.

A judge in January concluded Mr. Assange would likely have attempted suicide if extradited and held in harsh conditions, and refused his extradition. That ruling marked a major setback in Washington’s pursuit of the WikiLeaks founder for publishing secret documents relating to the Iraq and Afghanistan wars.

The subsequent U.S. appeal made clear that the Justice Department under President Biden would pursue Mr. Assange’s extradition. The U.S. first sought his arrest in January 2017, before formally requesting his extradition in 2019. Mr. Assange’s defenders have lobbied the U.S. to drop the case.

Mr. Assange, 50 years old, is wanted in the U.S. on 18 counts of breaking espionage laws and conspiring to hack a military computer. The alleged offenses relate to the publication in 2010 and 2011 by WikiLeaks of a huge trove of classified material that painted a bleak picture of the American campaigns in Iraq and Afghanistan and their aftermath.

Prosecutors have said that release was particularly egregious because the material included the unredacted names of people who were secretly helping the U.S. government, thereby putting them at risk.

Mr. Assange, who has been held at the U.K.’s high-security Belmarsh prison since 2019, has repeatedly defended his work and the wider WikiLeaks project as public-interest journalism that exposed wrongdoing by the U.S. and other governments. The high-profile case has ignited debate over the scope of press freedom in the internet age and sparked concern that conventional media outlets and reporters could similarly be pursued for publishing government secrets.

Write to Jason Douglas at jason.douglas@wsj.com