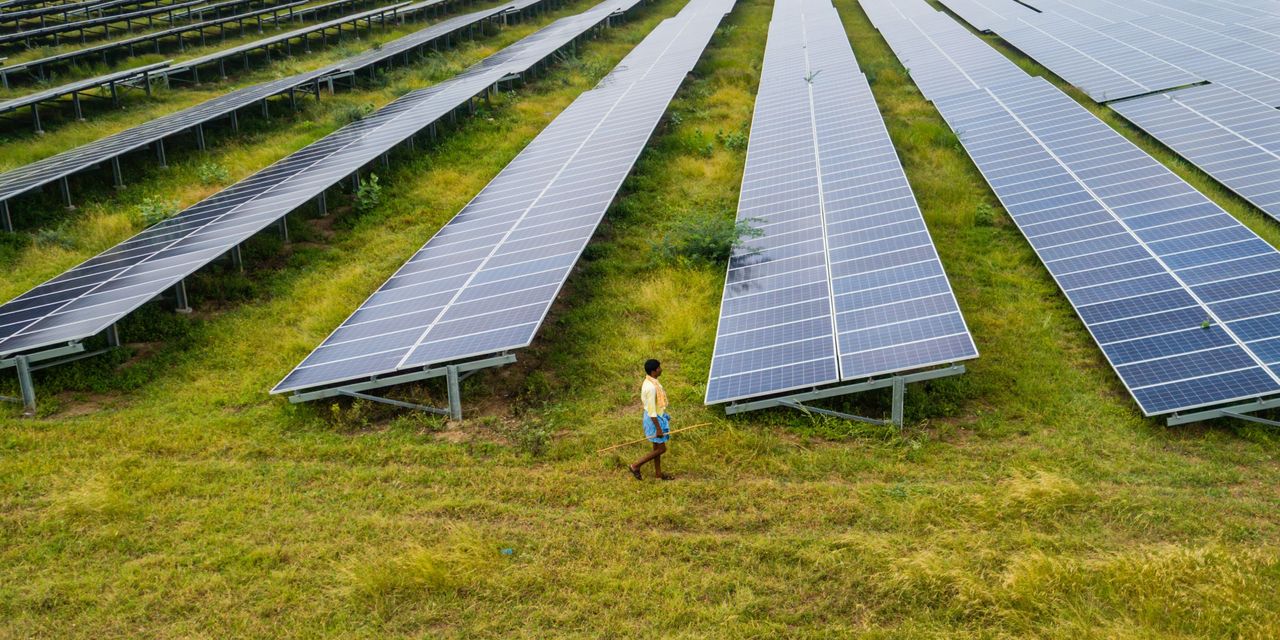 The U.S. International Development Finance Corp. said Tuesday that it agreed to offer the financing to American manufacturer

for a panel-making factory in India’s Tamil Nadu state. The seven-year, debt-financing loan is one of the biggest deals in the history of the agency, which has essentially a credit-card limit of $60 billion.

The deal checks off several priorities for the agency, better known as the DFC. The White House has directed it to focus on addressing climate change and deepening ties with India. In 2019, Congress overhauled the DFC from a predecessor agency, ordering it to counter authoritarian governments in addition to promoting growth in developing countries. The idea was to offer U.S.-backed alternatives to Beijing’s global infrastructure-building program.

The DFC sought out the deal because it wanted to diversify the solar supply chain. China currently controls the production of solar panels, accounting for more than 70% of global production by some estimates, and an even higher proportion of key components such as polysilicon ingots and wafers. That dominance is troubling countries such as the U.S. and India that are trying to increase the use of solar energy.

As much as half of the world’s polysilicon for solar panels comes from China’s Xinjiang region. The U.S. and other nations, as well as human-rights groups including Amnesty International, say Chinese officials have subjected mostly Muslim minorities to mass internment and forced labor. Beijing has called the allegations lies, saying it set up vocational training facilities to improve livelihoods and confront religious extremism.

“We’re very focused on the supply chain in Xinjiang,” said David Marchick, the DFC’s chief operating officer. He said the agency was open to more solar deals in the future.

to ask whether the DFC could help finance the project already under way.

Mr. Widmar said the deal with the DFC could create a repeatable blueprint for renewable energy elsewhere.

The deal will lighten the burden on First Solar because the agency can offer better financing terms than commercial banks. Mr. Marchick said the DFC also wanted to send the message that the U.S. was willing to put its own resources behind bolstering an alternate solar supply chain.

Most of the production from First Solar’s factory will serve the domestic market in India, a country the Biden administration considers an increasingly important ally and part of its strategy to counter Beijing. India also has one of the world’s most aggressive solar-installation targets, with the government pledging to roughly triple its current capacity by 2030. The country has said it needs help from developed nations to fund efforts to transition from coal power to renewable energy.

Write to Stu Woo at Stu.Woo@wsj.com and Phred Dvorak at phred.dvorak@wsj.com