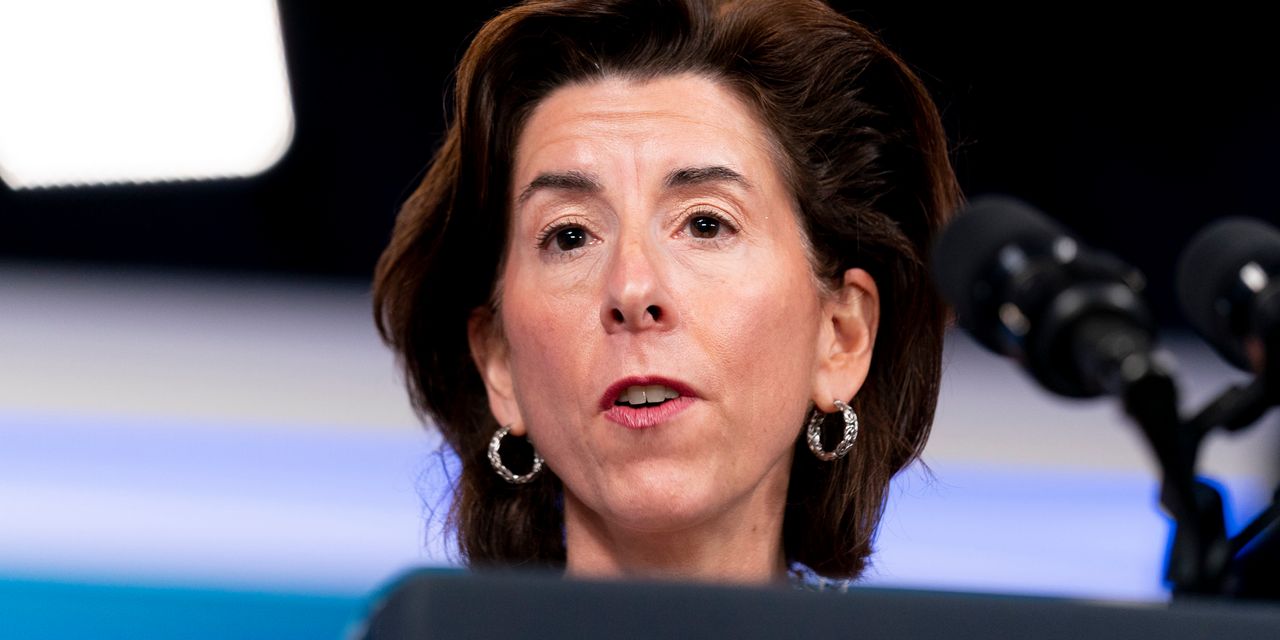 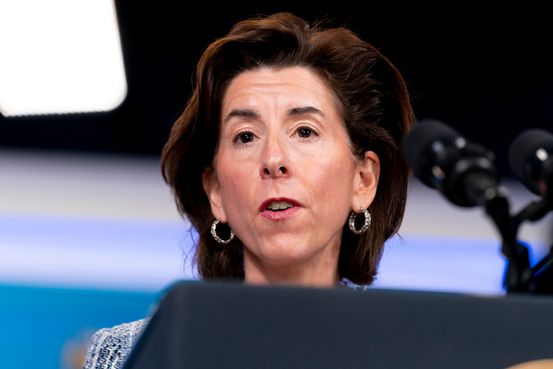 WASHINGTON—U.S. manufacturers and other companies that use semiconductors are down to less than five days of inventory for key chips, the Commerce Department said Tuesday, citing the results of a new survey.

In 2019, companies typically maintained 40 days of inventory for key chips, according to the Commerce Department report. Now for the same chips—defined as 160 products that companies identified as being the most challenging to acquire—companies are operating with fewer than 5 days of inventory, the report said.

said the survey results show the urgency for Congress to approve the U.S. Innovation and Competition Act, which includes $52 billion to boost domestic chip production.

“We aren’t even close to being out of the woods as it relates to the supply problems with semiconductors,” Ms. Raimondo told reporters Tuesday. “The semiconductor supply chain is very fragile and it is going to remain that way until we can increase chip production.”

Since September, the Commerce Department has sought detailed industry data from the major companies in the semiconductor supply chain. Its report was based on a survey of companies, including material and equipment providers, semiconductor manufacturers and automotive, industrial and healthcare companies that need chips for their products.

The thin inventories are a source of particular concern because of how a single shutdown can then ripple through the supply chain. With these wafer-thin inventories, a closure of an overseas factory earlier in a company’s supply chain, for more than a few days, can cause them to exhaust their inventories.

“This means a disruption overseas, which might shut down a semiconductor plant for 2-3 weeks, has the potential to disable a manufacturing facility and furlough workers in the United States if that facility only has 3-5 days of inventory,” the Commerce Department report said.

The Commerce Department released its findings as part of a push to revive the U.S. Innovation and Competition Act.

The Senate passed its version of the $250 billion measure to boost high-tech research and manufacturing on a bipartisan vote last year, but the measure hasn’t advanced in the House. It includes $52 billion specifically targeted toward growing domestic chip production.

“This semiconductor shortage is the result of a significant mismatch in supply and demand, further exacerbated by the pandemic,” the Commerce Department said.

It cited insufficient manufacturing capacity as the No. 1 problem, “and that’s what the president’s proposal is designed to accelerate.”

President Biden has often highlighted the shortage of semiconductors in efforts to control supply-chain problems and inflation. While the focus has largely been on their use in automobiles and resulting production slowdowns, the president has noted their use in a variety of products, from refrigerators to hospital equipment.

The White House, citing industry data, says chip companies have announced nearly $80 billion in new investments in the U.S. that should unfold through 2025. “We are going to stamp everything we can ‘Made in America,’ especially these computer chips,” Mr. Biden said.

The Commerce Department’s summary of its information highlighted particular chips—certain nodes of microcontrollers, analog chips and optoelectronic chips—that are suffering from a particularly acute supply shortage.

The data showed that these chips typically had a lead time—the time from start to delivery of the product—of between 84 and 182 days. By late 2021, that had doubled for some key products, and the lead time had stretched to 103-365 days.

The Commerce Department said it would also take further steps to increase transparency of the supply chain, noting that the industry is so complex that producers at the beginning of the supply chain are far removed from the end users and thus don’t always have an ability to see how much demand there will be for certain products, while chip consumers “don’t always know where the chips they need originate.”

How the Global Chip Shortage Affects You

Write to Josh Zumbrun at Josh.Zumbrun@wsj.com and Alex Leary at alex.leary@wsj.com