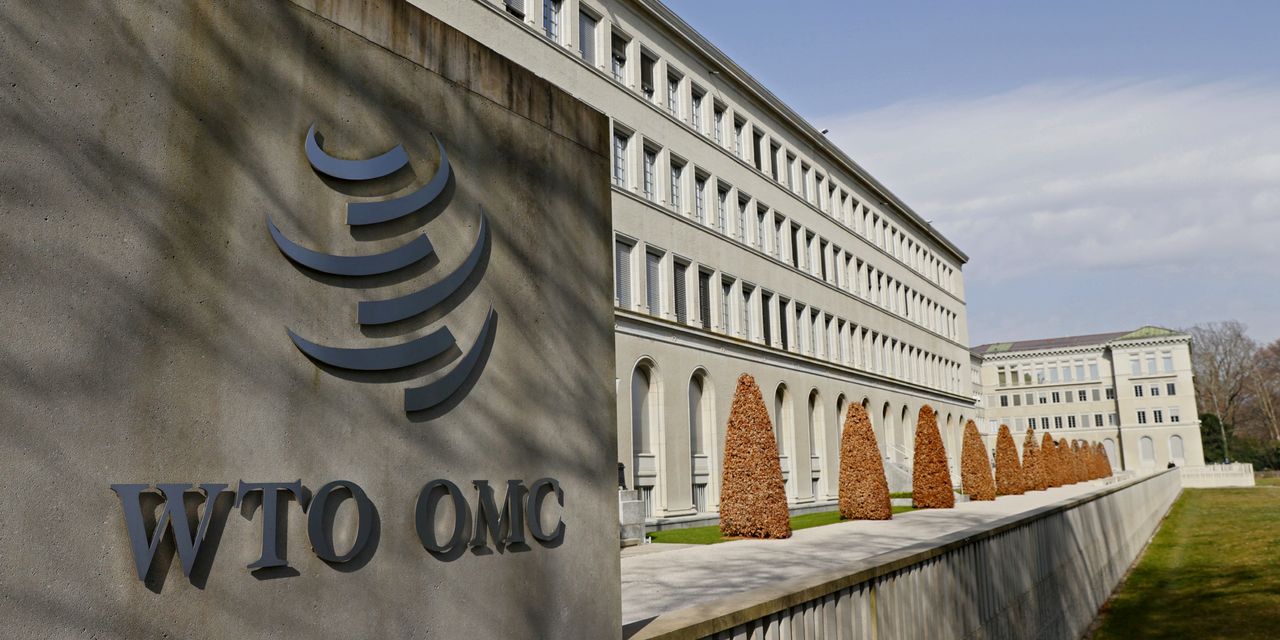 WASHINGTON—Rising tensions between the U.S. and China are hampering efforts by members of the World Trade Organization to repair its ability to settle international trade disputes.

China’s entry into the WTO 20 years ago this month came with expectations that Beijing would gradually adopt Western free-trade practices.

But rather than integrating China into the global trading system, the WTO is accused of allowing Beijing to flood the market with cheap, subsidized products.

With the deepening division among its members, the group has struggled to enforce existing rules, let alone update them to reflect the changes in the world economy in recent decades.

The U.S. has accused China of failing to abide by its commitments, including not protecting intellectual property and dumping cheap steel on the global market, claims that Beijing has denied.

In a recent sign of the frictions spilling into the WTO’s dispute-settlement function, the U.S. has since 2019 blocked new appointments to its seven-judge Appellate Body that reviews trade disputes. It is the group’s central function, designed to deliver final judgments in trade disputes among the 164 WTO members.

The U.S. says it acted because the court has a history of overreach, although many of its specific complaints relate to its disputes with China. Lower panels still hear cases brought by members, but any appeals by those dissatisfied with initial decisions have no place to go.

Countries including Australia and Mexico are pressing the U.S. to lift its freeze, and U.S. Trade Representative Katherine Tai has said the U.S. has started dialogue with some members. But both the U.S. and China complain that the other side has failed to change its practices even after it was asked to do so by WTO judges.

“We secured victories in every case that was decided, but many of them were hollow,” David Bisbee, the U.S.’s representative at the WTO in Geneva said in a statement as the WTO issued a review of China’s trade policy. He was referring to the cases the U.S. has filed against China over the years.  “Even when China changed the specific practices that we had challenged, China often did not change the underlying policies, and meaningful reforms by China remained elusive.”

China has said the U.S. has also failed to implement agreed-upon changes in cases involving the U.S.’s use of antidumping duties on Chinese products.

One example China points to is a 2011 dispute over the U.S.’s import restrictive measures targeting what it considered state-owned enterprises. The Appellate Body sided with China’s narrow interpretation of such entities, making it harder for the U.S. to use such steps including antidumping duties.

“The implementation by the U.S. was not satisfactory to China,” said Tu Xinquan, dean of the China Institute for WTO Studies at the University of International Business and Economics in Beijing. “As a result, Chinese companies are still facing difficulties.”

The U.S. Trade Representative’s office didn’t have an immediate comment on the matter.

Tensions between the U.S. and China rose during the Trump administration when it imposed tariffs worth tens of billions of dollars on Chinese imports annually to reduce the U.S.’s trade deficit with the country.

Frictions have continued under President Biden, who extended the former administration’s tariffs on many Chinese goods, and this week announced a diplomatic boycott of the 2022 Beijing Winter Olympics.

China’s admission to the WTO came in 2001 with the support of the U.S. China initially worked hard to assimilate into the global trading system by updating domestic policies and lowering tariffs. But over time, friction grew between the two sides and both countries used the WTO to resolve trade disputes with each other.

Out of the 22 complaints China has pursued at the WTO, 16 were filed against the U.S. over poultry, light trucks and massive tariffs imposed by the Trump administration, among other issues.

The U.S. has filed 27 cases against China since 2001 over issues ranging from auto parts, rare earths to government subsidies. More broadly, the U.S. and other Western nations accuse Beijing of flooding global markets for products like steel and solar panels through the use of state-owned enterprises and subsidies.

The Chinese Embassy in Washington didn’t immediately respond to a request for comment.

““The WTO system was never designed to discipline an economy antithetical to it.””

A WTO panel ruled in 2012  that China used “pervasive and discriminatory measures” to limit access to the Chinese credit and debit card markets for U.S. companies such as Visa, Mastercard and American Express.

The panel also found that Beijing ensured the market dominance of its own company, China Union Pay. Despite its agreement to address the complaint, it took until 2020 for China to allow the entry of U.S. financial services companies into its market.

China also agreed to make changes to its policies after the Appellate Body found in 2009 Beijing’s intellectual property rights policies were inconsistent with its WTO obligations, handing a victory to the U.S. which accused China of failing to protect and enforce copyrights of movies, music and software.

More than a decade later, intellectual property rights are among the biggest issues of contention between the two economies.

“The WTO said very clearly IP rights were protected. Still, 85% of counterfeits coming into any county is from China,” said Craig Allen, president of the U.S.-China Business Council, adding that this is “severely distorting the WTO’s institutional norm, principles, and procedures.”

Ms. Tai, the U.S. Trade representative, has in recent weeks expressed the Biden administration’s willingness to engage in conversations for overhauling the system.

“While we have already started working with some members, I want to hear from others about how we can move forward,” she said.

Mr. Tu of China’s University of International Business and Economics said he wasn’t hopeful that the U.S. will engage in serious efforts to fix the Appellate Body, which he sees as a “professional and independent function” that has served many members.

He said China agrees with the U.S.’s position that the Appellate Body needs reform and that steps such as increasing the number of judges and extending their terms from the current four years will improve the efficiency of the court, benefiting all members including the U.S. and China.

Write to Yuka Hayashi at yuka.hayashi@wsj.com