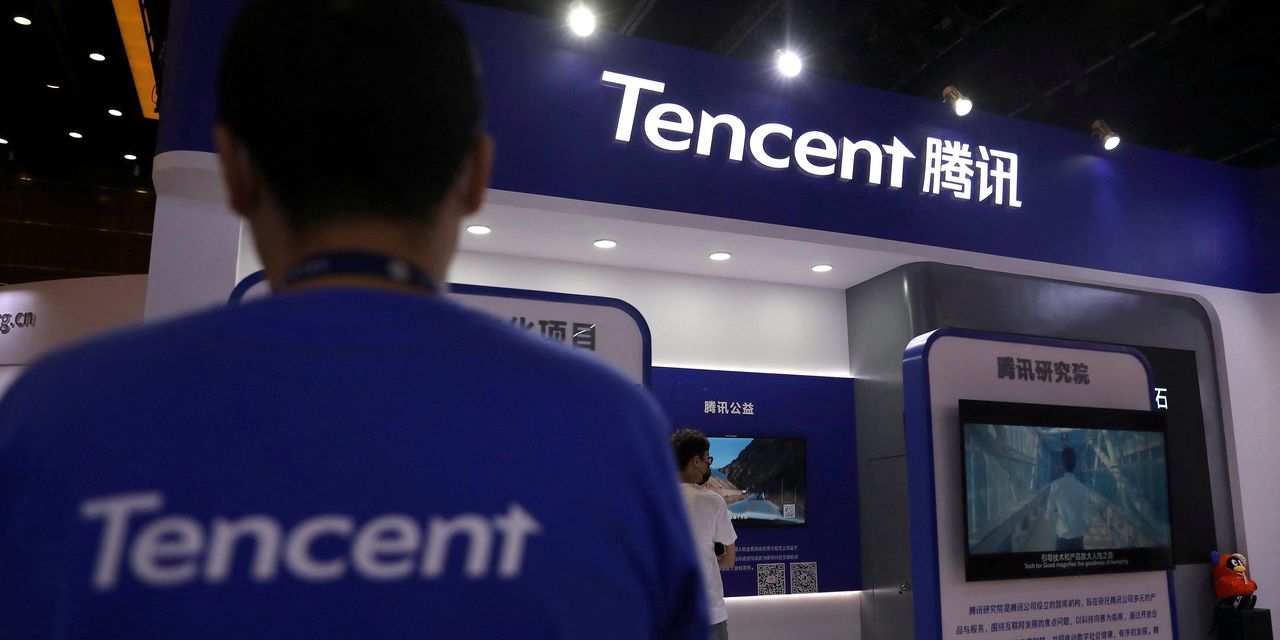 A regulatory crackdown, a slowing Chinese economy and a nasty post-Covid hangover added up to the weakest revenue growth ever for China’s most valuable internet company last quarter. The stock has been hammered over the past 18 months. Shares could remain on life support for quite a while.

Tencent’s revenue for the quarter ending in March was flat compared with a year earlier and missed consensus estimates on S&P Global Market Intelligence. Margins are sliding, too: Adjusted operating profit for the quarter fell 15% year over year.

The company’s core game business was lackluster. Domestic game revenue fell 1% last quarter from a year earlier. The company said recent measures rolled out to protect young gamers in China had directly and indirectly impacted the number of paying users. China lifted its nine-month freeze on gaming-license approvals last month, but scrutiny will likely remain stricter than before.

Even Tencent’s international game business, which was a bright spot over the past few quarters, only managed to eke out 4% revenue growth. The boom from the pandemic is fading fast as many countries return to more normal patterns of consumption and mobility. Tencent’s revenue for international games grew 31% in 2021.

Tencent’s advertising business was the worst hit: Revenue there fell 18% year over year. China’s crackdown on after-school tutoring companies in the middle of last year has taken its toll. Such companies were major customers of online advertising, but their businesses basically evaporated overnight. Advertising for other internet services and ecommerce also dropped. And  a slowing economy plus a tighter regulatory regime for online advertising could mean even tougher days ahead. Gross margin for the segment was 37% last quarter, compared with 45% a year earlier.

Tencent’s shares have halved in value since their peak in January last year, wiping away $440 billion in market value. The stock has rebounded from its March lows—along with other Chinese tech stocks—following more supportive messages from Beijing to the industry and the market.

There is little doubt that the halcyon days of Chinese consumer tech growth are over. What is still unclear is what the new normal will really look like, now that the most furious period of Beijing’s regulatory windstorm appears to have passed.

When stocks have fallen so much, investors with a longer time horizon might be tempted to jump in. But until Tencent can demonstrate an ability to grow again in this brave new world for Chinese tech, it might be wiser to stay on the sidelines—particularly with Chinese consumers in general still in such a grumpy mood.

Write to Jacky Wong at jacky.wong@wsj.com