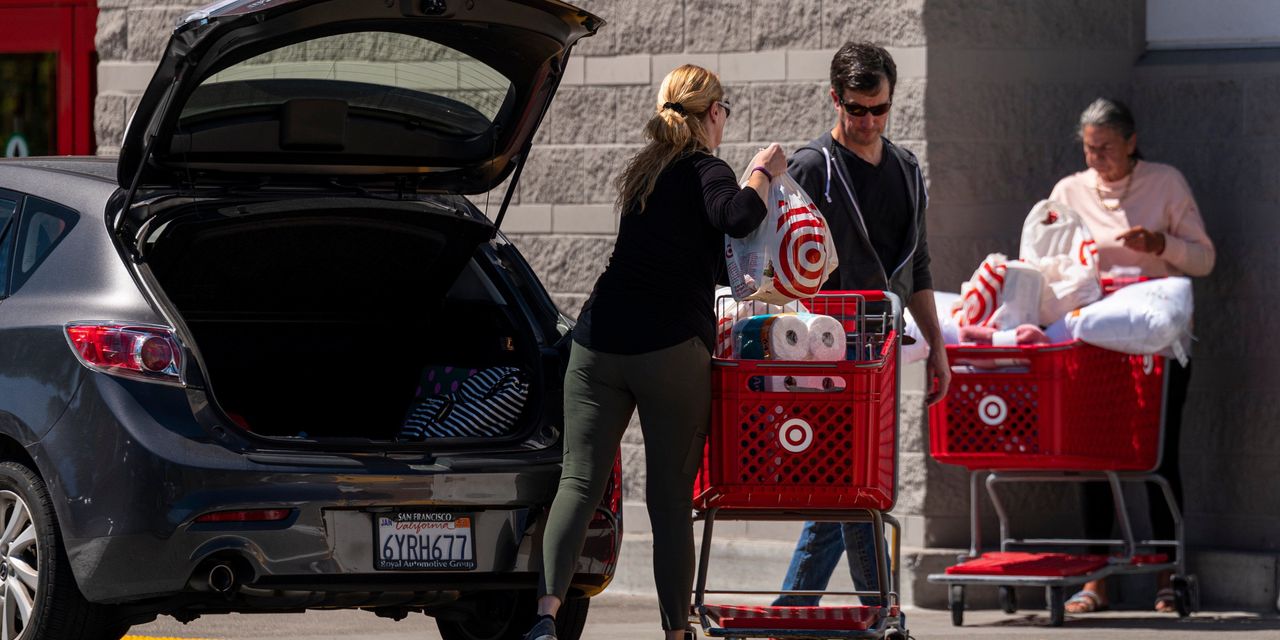 earnings is sending an arrow through the heart of the retail sector.

The company on Wednesday said comparable sales grew 3.3% in the quarter ended April 30, which was better than the 0.24% that analysts polled by Visible Alpha had expected. But while total revenue grew, net profit fell by more than a half. In the past five years, Target has missed Wall Street’s net income expectations only three other times, and the biggest shortfall so far had been by 3.5%. Wednesday’s was 31%.

, came down to earth. Its operating margin was 5.3% last quarter—a massive drop from the 9.8% it recorded in the same period a year earlier and its long-term target of 8%. Target’s profit miss sent its shares down by one-quarter Wednesday, which would be its worst one-day percentage decline since the 1987 stock-market crash. The selloff came a day after rival Walmart’s own disappointing results sent it to its biggest loss since then as well.

Soaring fuel costs and supply-chain bottlenecks hurt Target’s margins, and so did consumers’ shifting demand. Inventory grew 43% last quarter from a year earlier, leading to more markdowns in some categories. While it typically takes Target fewer than 60 days on average to sell its inventory, last quarter it took more than 70.

All in all, the current environment remains a perilous one for retailers. They face unpredictable shifts in consumer demand at a time when they need to plan inventory earlier to make up for longer lead times. Target said demand was strongest in food and essentials but also for selective going-out categories such as beauty, where sales grew 45% compared with the equivalent period in 2019. Luggage sales climbed more than 50% from a year earlier. Bulkier big-ticket items such as appliances and furniture fared badly, and so did apparel, though trend-based clothing is selling far better than essential apparel.

Target’s results are an unsettling sign for other retailers due to report earnings in the weeks ahead. For one thing, it shows that the heyday of full-priced selling is over as the two pillars supporting it—low overall inventory and fat wallets—are weakening. Both Target and Walmart warned of more promotions and markdowns. For another, the days when shoppers kept loading up on higher-margin discretionary purchases are over as they get selective about spending on goods. And if retailers of such scale can’t manage freight and cost pressures, it bodes poorly for smaller companies with weaker bargaining power.

It is little surprise then that the retailer’s remarks sent other pandemic-era retail winners down, sparing no category except for off-price sellers such as

were down 11% and 16%, respectively. Department store

Walmart’s and Target’s results are showing that the winds that blew in retailers’ favor are turning and hitting profits hard. While that will grab investors’ attention in the next couple of weeks, stores that can hold on to sales and inspire customer loyalty—like Target—can ultimately win out in the long term. Smaller competitors are another story.