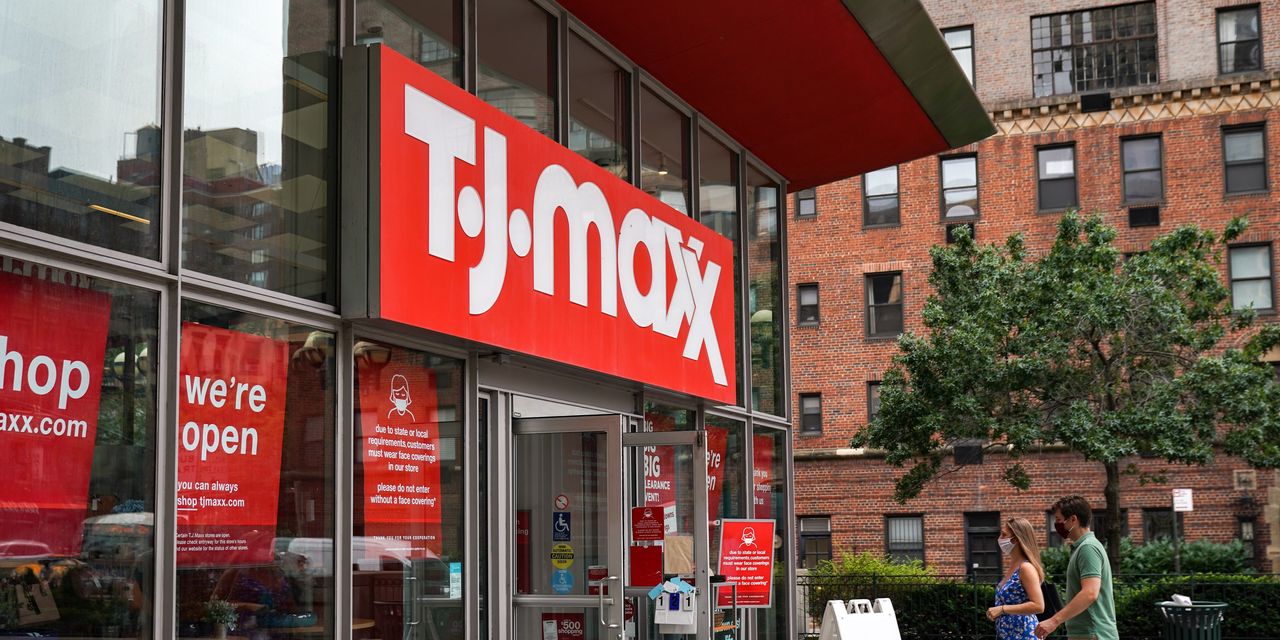 are poised to make a timely entrance, though.

Next year might be challenging for clothing sellers precisely because 2021 was such a banner year—both for sales and profitability. Demand was strong as consumers, armed with stimulus dollars and emboldened by vaccines, showed a healthy appetite for new clothes after a full year of lounging in pajamas and sweatpants. Through October, U.S. clothing and accessory stores have raked in almost 11% more revenue than in 2019, according to Census Bureau data. That is a remarkable expansion for an industry that eked out less than 1% growth in 2019. Retailers also were able to expand margins as a lack of inventory helped them to avoid discounts. Year to date, the S&P 500 subindex of apparel companies actually outpaced two of the three off-price retail giants.

But apparel companies will struggle to maintain superior profitability next year as bundles of out-of-season inventory hit their shelves and consumers’ savings run out. As of October, Americans’ personal savings had reverted back to pre-pandemic levels, according to the U.S. Bureau of Economic Analysis. Meanwhile, higher cotton prices (up roughly a third year to date) will begin to hurt if shoppers start becoming price sensitive next year—as will elevated shipping and labor costs.

All of that is music to the ears of off-price sellers. Even with tighter inventory this year, they managed to find products that consumers wanted to buy. Next year, the sector will likely have a larger selection to choose from as containers arrive months later than the intended season.

said in September that it took 80 days to move products from Asia to North America, which is twice the amount of time it took pre-pandemic.

saw 16% more inventory in transit last quarter compared with a year earlier. Brands such as Nike,

all signaled a switch away from off-price retailers, but they could find it tougher to stick to that strategy when goods arrive unfashionably late.

Off-price retail has a record of thriving under uncertainty. Take 2011, when a surge in cotton prices led apparel sellers to respond in different ways. According to a

research note, some retailers responded by ordering more units to get per-unit costs down, while others ordered fewer units and tried to pass higher costs on to customers. Some placed orders earlier to get in front of further cost increases even as others postponed and waited for cotton prices to cool down. Today’s supply-chain disruptions are likely to lead to a similar disarray in 2022, but off-price retail could once again come out ahead. While a basket of apparel companies tracked by Citi saw merchandise margins decline over the so-called cotton crisis of 2011, Ross Stores and TJX Companies both managed to expand their profitability.

It is hard to tell how consumer sentiment will shift next year, but that doesn’t matter for off-price retailers, which have thrived during both good and bad times. TJX Companies and Ross Stores, on a combined basis, saw revenue increase at a compound average growth rate of 6.7% in the five-year period (2006 to 2011) that includes a major recession, while

collectively saw growth of just 1.9%. Discounters continued to do well during a healthier economy, too. From 2011 to 2019, the two off-price retailers saw collective revenue increase at a healthy compound average growth rate of 7.7%, whereas department stores’ sales shrank by 3.4% annually on average.

The trajectory of Covid-19 and fashion trends are equally difficult to predict. Whichever way the wind blows, expect off-price retail to be in vogue next year.