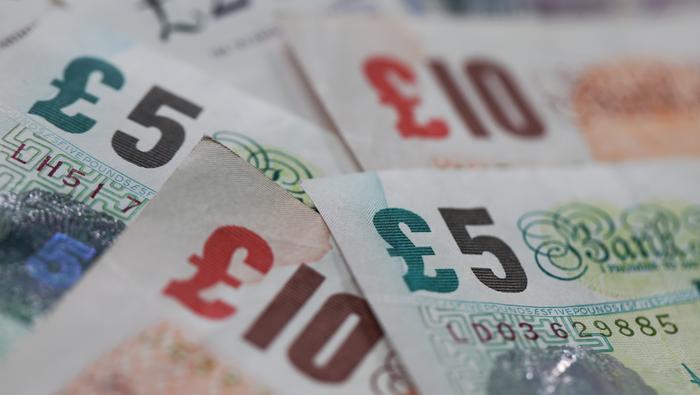 GBP/USD posted a phenomenal week, helped in no small part by repositioning in the dollar after the softer CPI print on Thursday. The recent advance therefore, has been driven by a weaker dollar and not a stronger pound, which will become clear after analyzing the other forex pairs in this forecast. The rebalancing in dollar positioning certainly could not be ignored, especially after it resulted in the largest single day rise in GBP/USD since 2017 as shown below via the rate of change (RoC indicator)

Rate of Change Indicator for GBP/USD

However, it is difficult to ignore the fact that even before yesterday’s US CPI print, GBP/USD had made a series of higher lows and higher highs. The most recent advance bounced higher off the 50 SMA but price action appears to have stalled at the upper side of the ascending channel. Should the daily candle close above the line, we could see a bullish continuation into next week, at which point, the psychological level of 1.2000 would appear as resistance.

Failure to close above the upper side of the channel leaves 1.1685 and 1,1410 as the nearest levels of support. The 14 period ATR (brown line) remains extremely elevated meaning risk management becomes even more important. 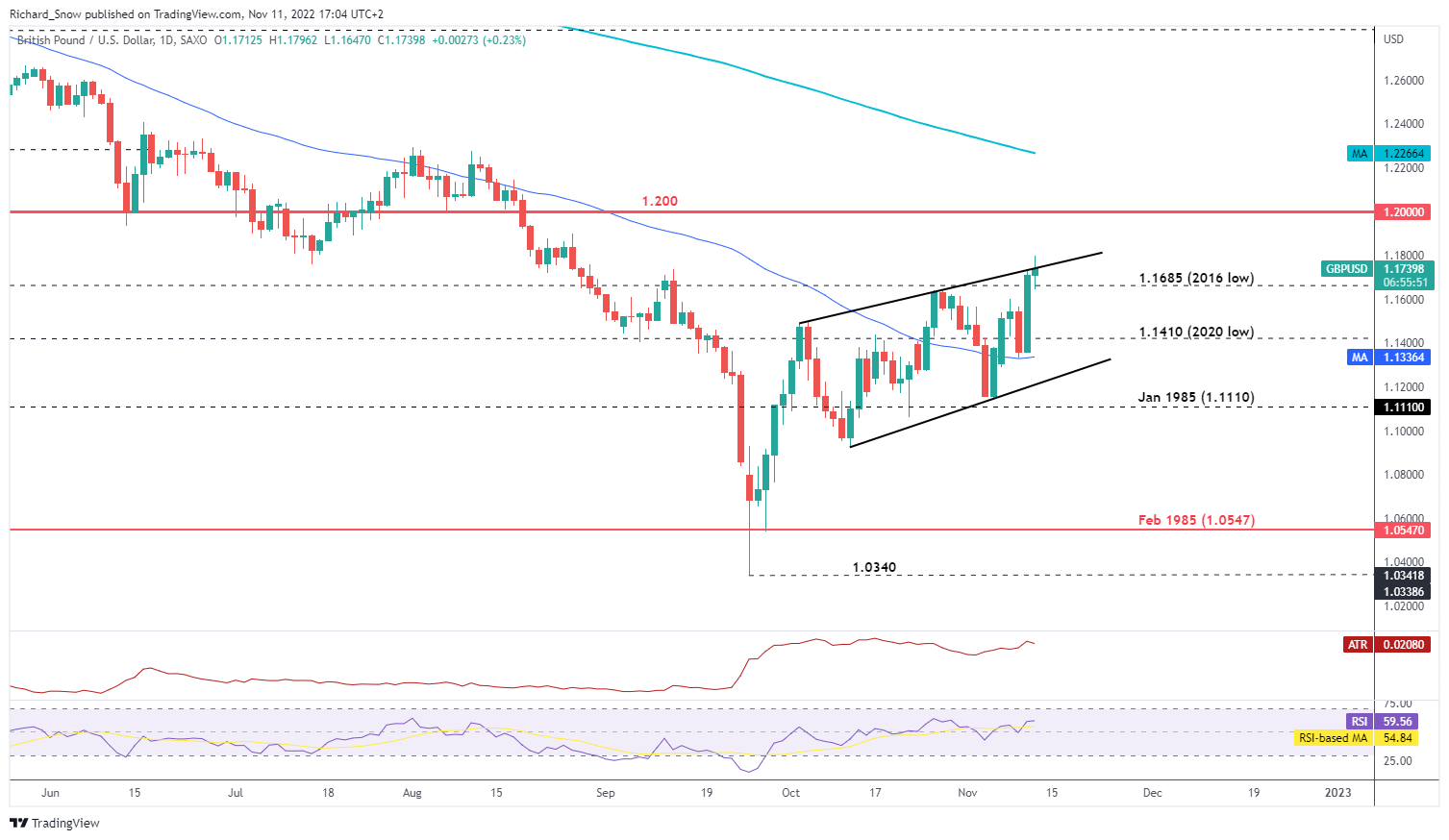 The weekly GBP/USD chart reveals how close the 1.2000 level has become ever since the pair surpassed the March 2020 lows. A move above 1.2000 upon reasonable momentum would warrant greater consideration for a longer-term bullish move. 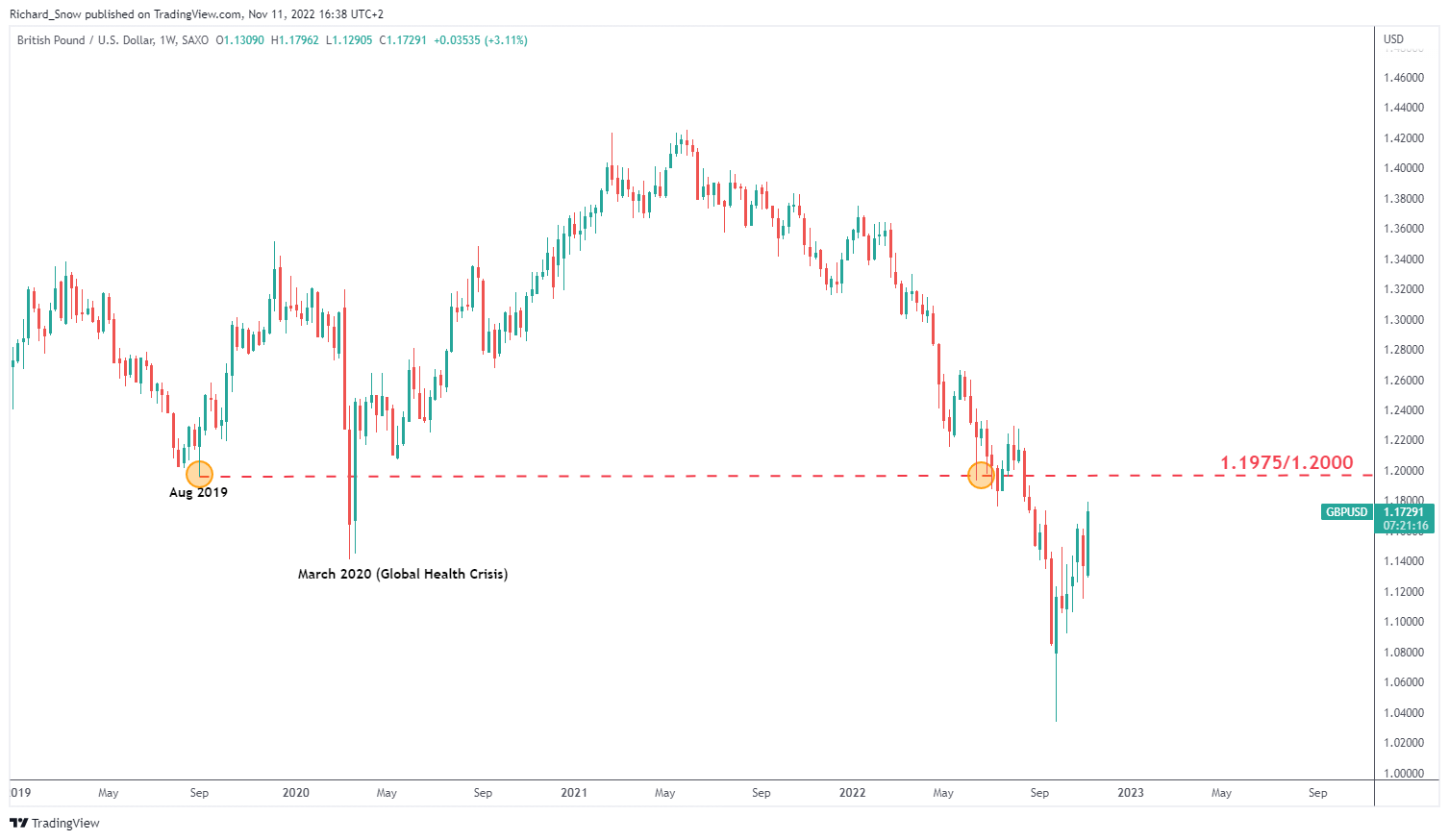 EUR/GBP is a really difficult chart to look at. Prices have come down since the spike high in late September albeit in a really choppy manner. Previously, selling rallies appeared favorable but since printing the November low, price action appears to be edging higher but two-sided price action complicates the outlook.

The 50% Fibonacci retracement of the August to September advance appears to have kept bulls at bay but a late retracement of yesterday’s sizeable decline means we may witness another attempt earl next week. 0.8867, the October high would then pose the next level of resistance. 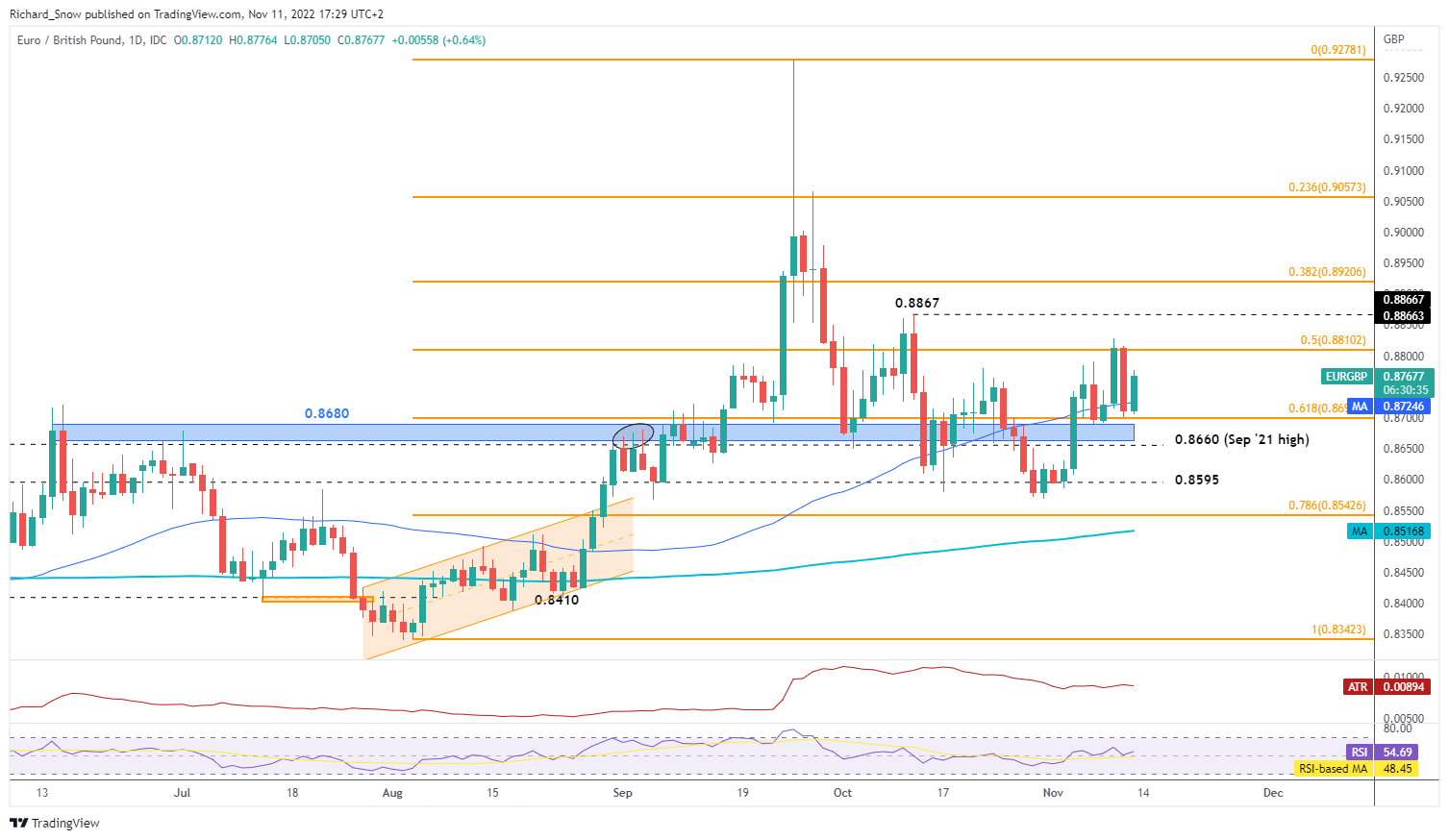 While GBP/USD and EUR/GBP attract mixed outlooks for the coming week, GBP/JPY provides a clearer picture. Price action broke above the zone of resistance (blue rectangle), exhibiting a classic breakdown in momentum as a head and shoulder reversal pattern emerged.

The lower right shoulder was the first signal that a retest of the high was looking unlikely and the pair managed four consecutive days of losses thereafter. The break of the neckline and the 50 SMA brings the 200 SMA and the zone of support (red rectangle) into focus. The 14 period ATR remains elevated and the RSI shows that there is still more capacity for a bearish continuation in the following week. H&S patterns can see retracements back towards toward the neckline before continuing course, which may offer better levels for GBPJPY bears. 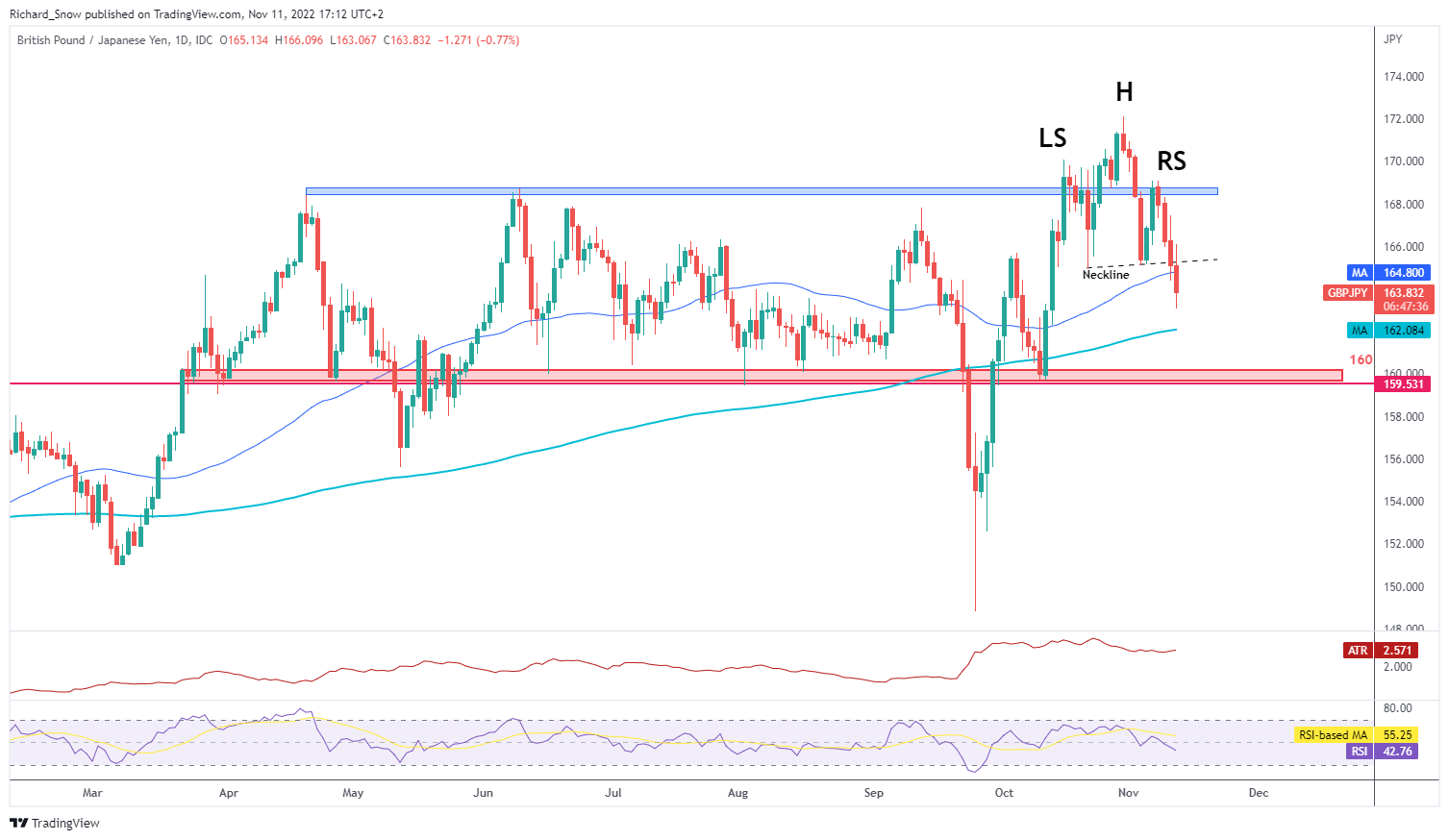