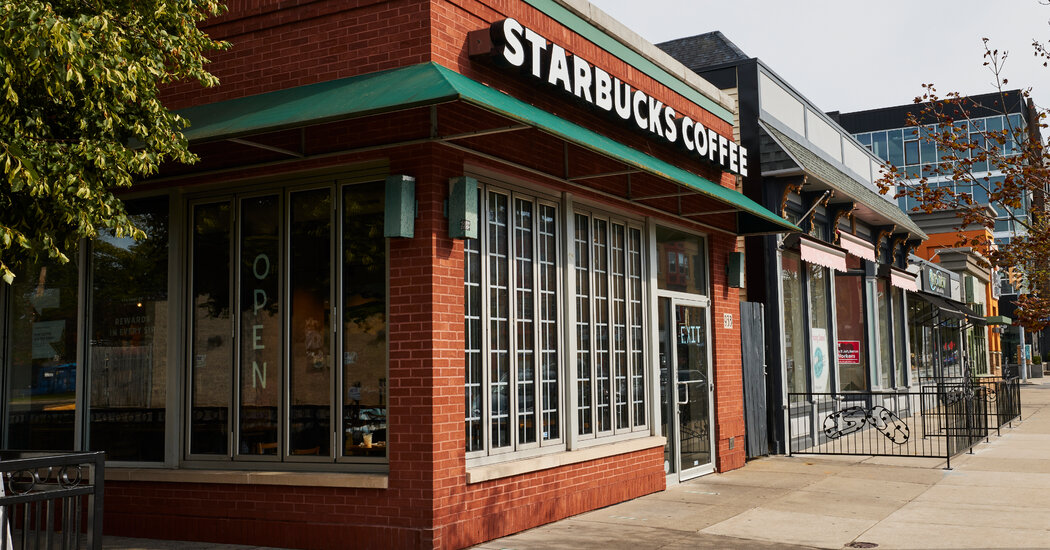 Workers at one Buffalo-area Starbucks store have voted to form a union, according to results announced by the National Labor Relations Board on Thursday.

The result represents a challenge to the labor model at the giant coffee retailer. None of Starbucks’ nearly 9,000 company-owned stores in the United States were unionized before the vote. Votes at two other Buffalo-area stores will be counted later on Thursday.

Workers cited frustration over understaffing and insufficient training when they filed for union elections at the stores in late August, problems that have dogged the company for years but which appeared to worsen during the pandemic.

The election occurred through mail ballots that were due Wednesday. In November, workers at three more Buffalo-area stores filed the paperwork needed to hold union elections, but it was unclear when votes would take place for those outlets.

Starbucks responded to the union campaign with a sense of urgency. Throughout the fall, out-of-town managers and executives — even the company’s president of retail for North America — converged on stores in Buffalo, where they questioned employees about operational challenges and assisted in menial tasks like cleaning bathrooms.

In a video of a meeting in September viewed by The New York Times, a district manager from Arizona told co-workers that the company had asked her to go to Buffalo to help “save it” from unionization.

Several workers who support the union said they found the presence of these officials intimidating and, at times, surreal. They also complained that Starbucks had temporarily closed certain stores in the area, which they found disruptive, and said Starbucks had excessively added staff in at least one of the three stores that held elections. The workers said this had diluted support for unionization at the store.

Former National Labor Relations Board officials have said that these actions by the company could be interpreted as undermining the “laboratory conditions” that are supposed to prevail during union elections and that they could serve as grounds for throwing out the results. A regional director of the labor board recently overturned a union election at an Amazon warehouse in Alabama on similar grounds.

The former labor board officials also said that “packing” a store by hiring or transferring additional workers into it could be deemed unlawful if the additional workers did not appear to serve a legitimate business purpose and were likely to oppose the union.

Starbucks has said that it dispatched out-of-town officials and temporarily closed stores to help solve staffing and training problems and to remodel stores to make them more efficient. The company said that it added staff to deal with an increase in the number of workers calling in sick and that it has taken such steps across the country since the spring, when coronavirus infection rates dropped and stores became busier.

Rossann Williams, the North America president, said in an interview on Wednesday from Buffalo that she did not feel that the run-up to the vote had been especially contentious and that she had spent much of her time there this fall listening to employees, who the company refers to as partners, and addressing “the conditions that partners had pointed out.”

The company said it did not believe any of its actions would prompt the labor board to throw out the results of the elections.

Starbucks has also argued that workers at its roughly 20 stores in the Buffalo area should vote together in a single election, rather than the separate elections that the labor board ordered in late October. The company said that allowing individual stores to decide whether to unionize is problematic because employees can work at multiple locations and because the stores are largely managed as a group. A single, larger election typically favors the employer.

Starbucks filed an appeal to the National Labor Relations Board in Washington seeking to block the elections on these grounds. The board denied its request for a review of the case on Tuesday.

Starbucks has faced other union campaigns over the years, including one in New York City in the 2000s and one in 2019 in Philadelphia, where it fired two employees involved in organizing, a move that a labor board judge found unlawful. The company appealed the ruling and a decision is still pending.

Neither of these campaigns succeeded, but workers are unionized at Starbucks stores owned by other companies that operate them under licensing agreements. And workers at a company-owned store in Canada recently unionized.