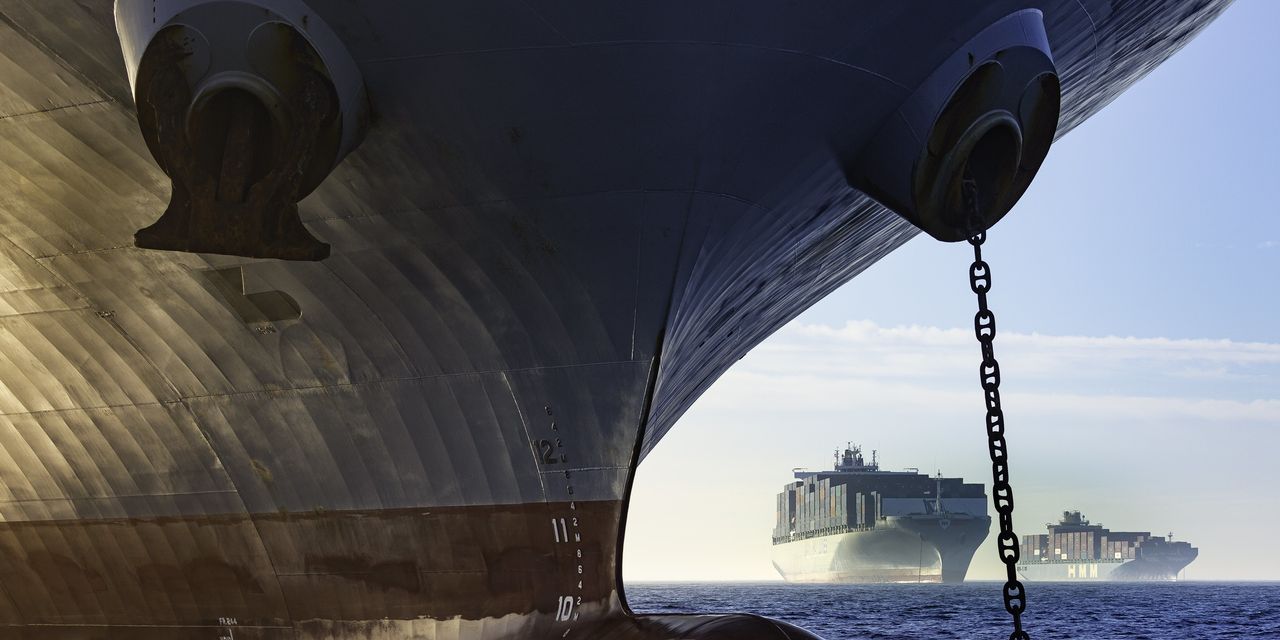 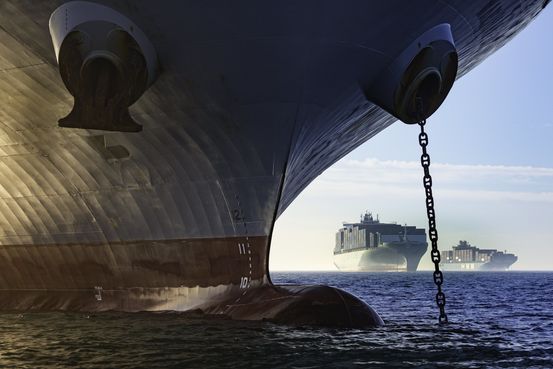 The backup of container ships waiting to enter the nation’s busiest port complex isn’t letting up. But it has moved farther from shore.

Only about 30 vessels sat within sight of the ports of Los Angeles and Long Beach this week, waiting for berths at a gateway that has come to symbolize U.S. supply-chain bottlenecks. More than 60 others destined for the port complex remained in waters farther out to sea, some hundreds or even thousands of miles away, including ships that reduced speed during their voyage from Asia to delay their arrival.

The ships are complying with a voluntary system set up last month by maritime officials because of fears the ports can’t safely accommodate the crush of waiting vessels as winter weather sweeps in with strong winds and rough seas.

“Container ships are very tall and blow around a lot in the wind,” said Kip Louttit, executive director of the Marine Exchange of Southern California, which monitors ship movements in the area. ”The numbers were not going down, so therefore we needed to find a way to spread the ships out.”

Before the new system was put in place, many ships rushed across the Pacific to secure a berth at a container terminal by crossing a line 20 nautical miles from the ports, said Jessica Alvarenga, a spokeswoman for the Pacific Merchant Shipping Association, which represents ocean carriers and West Coast terminal operators.

Under the new system, ships are placed on a wait list once they leave their last port of call, often in China. That gives captains an estimated date for a berth and allows them to slow their journey to the U.S., Ms. Alvarenga said.

The system has hidden from view a big part of the armada of cargo ships waiting to unload. But the backup at the biggest gateway for U.S. container imports remains as large as ever, with the lineup of vessels now stretching across the Pacific, signaling that big volumes of cargo are still heading for port terminals, warehouses and transportation networks that have been swamped by the imports.

Between January and September, the neighboring ports handled the equivalent of 7.7 million loaded import containers, an increase of 21% from the comparable months of 2019, before the pandemic, according to research and consulting firm Beacon Economics.

The Biden administration and maritime officials have sought to reduce the backlog with measures that included an attempt to extend the hours truckers pick up boxes. The measures have had limited impact, in part because of shortages of workers, trucking equipment and the sheer volume of boxes flowing into and out of the ports.

A month ago, a then-record 86 container ships waited at anchor or in special drift areas within 40 miles of the port complex. By this week, the number of ships waiting for a berth in the area had fallen to 30, according to the Marine Exchange, while another 66 ships were moving toward the port at reduced speeds, known in the industry as slow-steaming, or were waiting outside a new safety zone.

Jim McKenna, chief executive of the Pacific Maritime Association, which represents West Coast terminal operators in labor negotiations, said some ships now take 22 to 24 days to complete a voyage from Asia that used to take 10 to 14 days.

Mr. McKenna said the new system is good for the environment because it keeps pollution from idling ships far from densely populated Southern California and because ships burn less fuel when they slow down.

More From the Logistics Report

Nahal Mogharabi, a spokeswoman for the South Coast Air Quality Management District, an air-pollution agency, said that although the new system reduces the number of ships close to shore, near-shore congestion remains higher than it was before the pandemic.

The California Air Resources Board, another air-pollution agency, estimates that the cargo surge has caused a 60% increase in smog-forming emissions from port activity, Ms. Mogharabi said.

Mr. Louttit said the safety need for the new system was illustrated in November when winds of 40 to 50 knots caused eight ships to drag their anchors along the seabed, while one ship burned out the motor on equipment used to raise its anchor. No damage was caused during that incident, Mr. Louttit said.

Separately, the U.S. Coast Guard is investigating whether an oil spill close to the port complex in October was caused by a waiting ship’s dragged anchor hitting an underwater pipeline.

Mr. Louttit said that strong winds sweep across the San Pedro Bay waters off the ports at least once a month during this time of year and that it was “unacceptable to have this many vessels this close together through the winter.”

Write to Paul Berger at Paul.Berger@wsj.com