Soft Bias in The Short Term 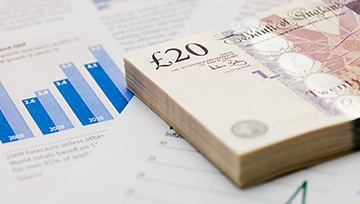 How to Trade GBP/USD

GBP/USD’s fall below last week’s low of 1.1053 points to a soft bias in the coming days. However, beyond the very near term, the case for GBP/USD making an interim bottom can’t be ruled out.

The failure to break past key resistance on the 10-week moving average and the subsequent new low this week has shifted the bias to a bearish setting in the near term, a possibility that was highlighted last week. Since the first quarter of 2021, the pair has tried several times to break past key resistance on the short-term moving average, but those attempts have been unsuccessful – a reflection of the strength of the downtrend.

The retreat was also associated with a failed test of another key resistance at the March 2020 low of 1.1404. So, while GBP/USD has managed to break a series of resistance levels on lower timeframe charts, the evidence of a significant upside break on higher timeframe charts has been lacking so far. In this regard, GBP/USD needs to break above 1.1404 at minimum for downward pressure to fade.

Having said that, the downside in GBP/USD could be cushioned for now. There is quite strong resistance-turned-support at the end-September highs of 1.0915-1.0930, followed by the September 29 low of 1.0760. Still stronger support is at the September 28 low of 1.0537. For immediate downward pressure to ease, GBP/USD needs to break above yesterday’s high of 1.1180.

From a big-picture perspective, the case for GBP/USD making an interim bottom (the early-October low of 1.0385) can’t be ruled out, given positioning, sentiment and developments on higher timeframe charts, as highlighted last week. But because market bottoms tend to take a relatively longer time to form than market tops, any base-building process could be prolonged (excluding a V-shaped rebound).

This means the possibility of drop towards this month’s low or a retest of it is not non-negligible. Moreover, downward momentum on the monthly chart, while stretched, is yet to turn around meaningfully. All of this implies that while it is far from clear that the worst in GBP/USD is over, the risk/reward math in anticipating a substantial drop below 1.0385 may not be that attractive.