Signs of a Major Reversal Appearing 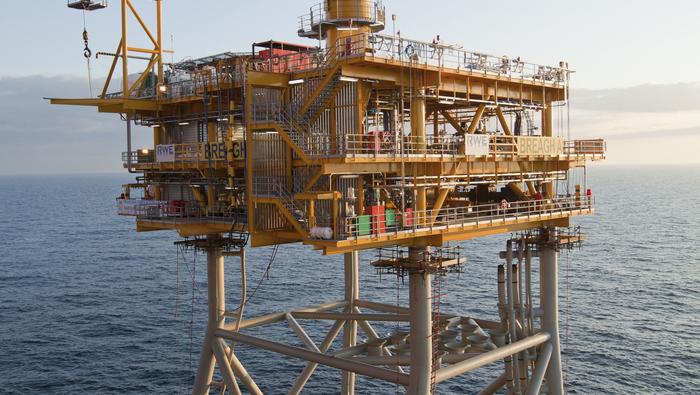 Crude oil has witnessed elevated prices for the better part of 2H 2021 on the back of the global economic recovery which has taken place ever since the April 2020 low. However, oil had some difficulty surpassing the 2018 high at the historically important $86.67 area (highlighted with blue circles). 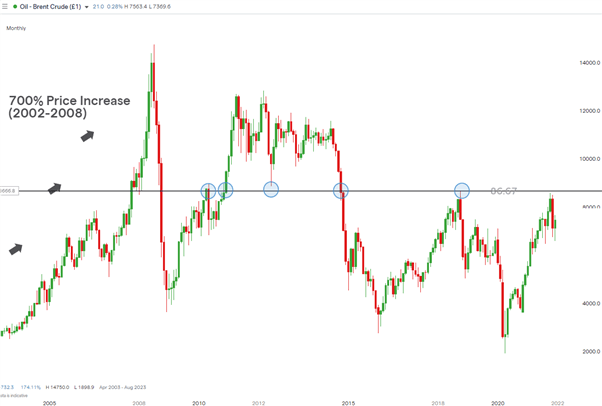 Since then, oil has continued lower before bouncing off the ascending long-term trendline acting as support throughout the recovery. After a failed break beneath the trendline, last week witnessed an attempt to cover the massive sell-off which occurred due to fears of the then unknown Omicron variant.

Despite a continuation of the longer-term uptrend, the weekly chart reveals the potential for a major reversal as the early signs of a head and shoulders formation have appeared. If price action over the coming weeks builds out the ‘right shoulder’ we could start to see lower oil prices but the much lower neckline (around $65) means that traders may have to contend with the trade-off of potentially delaying short entries when looking for confirmation of the bearish reversal chart pattern. 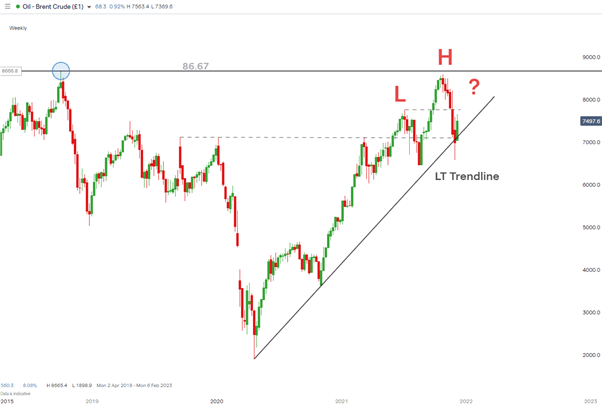 For the time being, crude oil remains largely in line with the long-term bullish trend but shorter-term direction may favor a pullback towards the long term ascending trendline if the $75.50 – $76.35 zone of resistance proves too much to handle. Relevant levels of support can be identified as $72.65 and $71.00 flat.

The ATR, coming off a recent high supports a continuation of the shorter-term downtrend as normalized volatility favors the existing trend. The 20 EMA is still below the 50 and 100 EMAs respectively, which adds to the current bearish bias over the shorter term. 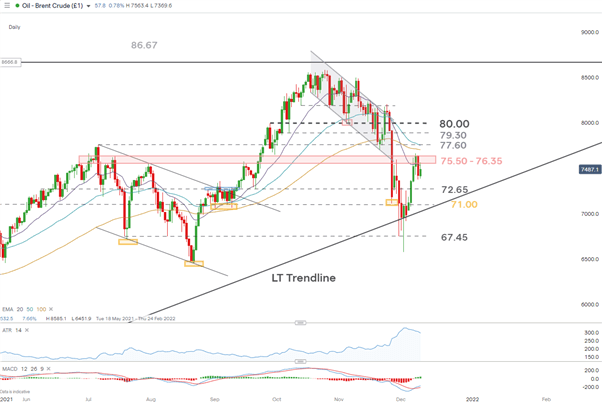 A bullish move beyond the zone of resistance would result in $77.60 and $79.30 as the relevant levels of resistance on the way to the psychological level of $80.