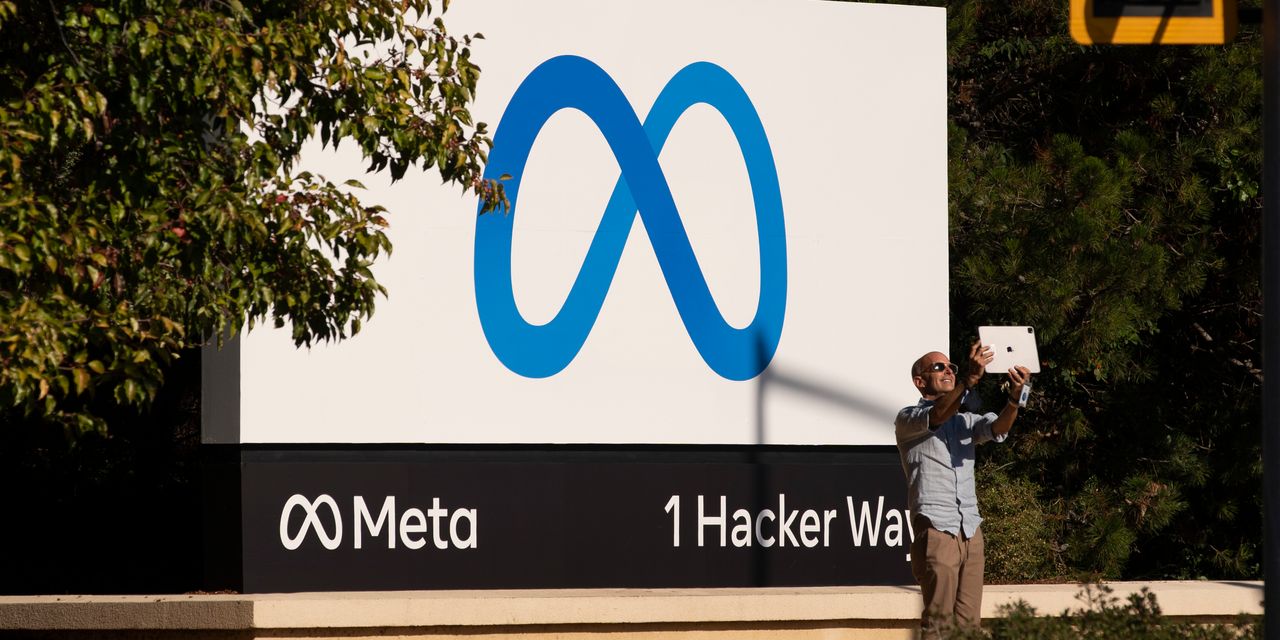 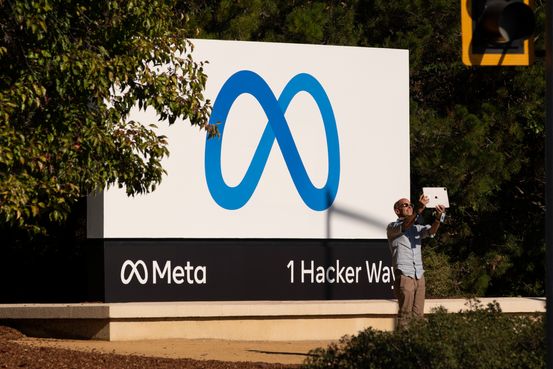 Facebook is facing more calls from shareholders to address harm on its platforms and overall governance as the company, now known as

responds to pressure from lawmakers and others.

Shareholders, including the New York State Common Retirement Fund and Illinois State Treasurer, are among an investor group that collectively filed eight shareholder proposals for consideration at the company’s annual meeting.

The resolutions include calls for board oversight of efforts to reduce harmful content, an assessment of the risk of the company’s metaverse efforts and a review of the social media company’s audit and risk committee, according to the Investor Alliance for Human Rights, an initiative of the faith-based investor group Interfaith Center on Corporate Responsibility.

Members of the same group last year submitted six proposals that were defeated by shareholders at the company’s annual meeting, including a call for an independent board chair.

Meta has a dual-class share structure, which grants supervoting power to certain holders. Chairman and CEO

can exercise control of supervoting shares representing about 58% of the vote, according to the proxy.

“Facebook is willing to allow a certain level of hate speech, political misinformation, and divisive rhetoric so it can make more money,” Illinois State Treasurer

said. “That is exactly why the board’s governance structure must change.”

said the company values its investors’ views and engages with them regularly. “We understand the responsibility that comes with operating a global platform where we must address some of the most complex issues impacting society and the internet at large,” he said in a statement. “We have every commercial and moral incentive to try to give the maximum number of people as much of a positive experience as possible on Facebook.”

The shareholders’ proposals come amid heightened criticism of the social media company following revelations earlier this year in The Wall Street Journal’s Facebook Files series that showed the company knew its platforms had flaws that caused harm to some of its users and it failed to fix them.

Mr. Zuckerberg has said the criticism paints a false picture of the company he co-founded.

Meta has faced a series of hearings and investigations over allegations of harm caused by its services. The head of Instagram, which is also owned by Meta, testified in Congress last week, clashing with lawmakers over the photo-sharing app’s impact on young users. In mid-November, a bipartisan coalition of state attorneys general said it is investigating how Instagram attracts and affects young people.

A Meta spokesman has said the investigation was premised on a misunderstanding of issues that also affect other social-media platforms.

After the Facebook Files published, more than 50 investors who are part of the Investor Alliance for Human Rights discussed what they should do to address the findings that Facebook’s platforms cause harm, said

director of the investor initiative, which represents more than $6 trillion in assets under management.

Some investors said with the trove of internal Facebook documents and data there was a fresh opportunity to push for more transparency and structural changes. At least half a dozen investors in the group reached out to Facebook to express concerns and ask for more information, Ms. Dorett said. She added that the new and additional proposals filed by the group this year focus on harms Facebook causes given the new information from the internal documents.

Meta’s Mr. Moore said the company has spent more than $5 billion in 2021 on safety and security and has 40,000 people working on those issues. He added that Meta has invested in new ways to find and remove hate speech, cutting the amount of hate speech people see on Facebook by more than half in the last year.

The deadline for shareholder proposals was Dec. 10.

“When the stock is going up, no one wants to complain about the governance issues at Meta Platforms, but the risks are always there,” said

chief executive of NorthStar Asset Management Inc., which along with the New York State Common Retirement Fund filed a proposal calling for each share to have an equal vote. “The recent revelations due to the whistleblower

reaffirmed what we already knew—that no one can keep Zuckerberg accountable but himself. This structure is not good for the company or our society.”

Mr. Moore said the company has strong corporate governance measures in place, pointing to its lead independent director and regular engagement with investors.

As You Sow, a nonprofit, filed a shareholder proposal calling for greater board oversight of efforts to reduce harmful user-generated content. “Shareholders need to understand why these technological solutions continue to fail to protect civil society,” said

CEO of As You Sow.

Mr. Moore said the amplification of false, divisive, hateful and inciting content is harmful to Meta’s community, and the company shares its progress through transparency reports. Meta’s Audit and Risk Oversight Committee, for instance, receives reports from management on matters including safety, security, human rights and civil rights.

Boutique investment firm Arjuna Capital filed a proposal asking for the board to commission a report assessing possible harms of the company’s metaverse project. “The same issues Facebook is reckoning with—discrimination, human and civil-rights violations, incitement to violence, and privacy violations—will only be heightened in the metaverse,” said

Mr. Moore pointed to Mr. Zuckerberg and other executives’ prior statements about building the metaverse responsibly and keeping people safe in virtual reality.

Write to Emily Glazer at emily.glazer@wsj.com