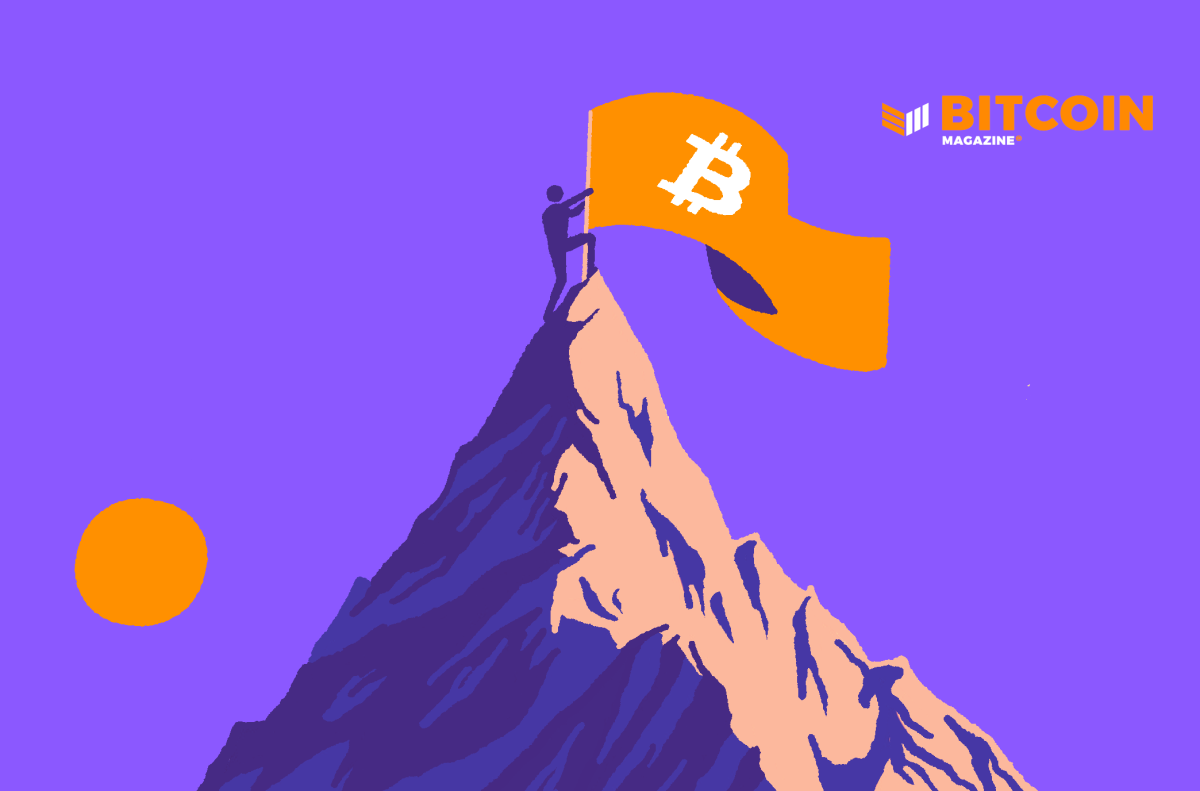 This is an opinion editorial by Mickey Koss, a West Point graduate with a degree in economics. He spent four years in the infantry before transitioning to the Finance Corps.

Subjective values are no way to enforce objective measures and open up society to a litany of anti-freedom and anti-individual action in the name of the greater good.

The main issue is that the individuals who don’t value bitcoin have determined that their lack of subjective value justifies the censorship of energy use, among other things, in the name of societal good. I don’t think they realize the precedent that sets.

Every statement is essentially the same. Someone else is enforcing their subjective values. Though the examples seem stupid at first glance, I never thought a farmer would have to protest to continue farming until it started happening in the Netherlands.

Things like this are always justified for the greater good of society.

“It is thus necessary that the individual should finally come to realize that his own ego is of no importance in comparison with the existence of the nation, that the position of the individual is conditioned solely by the interests of the nation as a whole.” — Adolf Hitler

I will never forget the callous math used to justify minimum wage hikes in my macroeconomic class in grad school. Given the estimated supply and demand curves, we were supposed to calculate the increase in unemployment versus the wage gains for those who remain employed after the minimum wage increase.

To get an A+, your conclusion had to affirm the decision to increase the minimum wage. The way the equations were written dictated the outcome from the beginning: The wage gains would always outweigh the unemployment losses.

Applied to a real life scenario, it’s not hard to imagine this is true for all policy decisions. Estimating equations to do some math to produce more estimates. We got exactly the outcome we wanted and our math supports it. Science, baby.

What About The Individual?

I did all the math correctly, but my recommendation is where I lost points:

“I do not recommend increasing the minimum wage because it leads to an increase in unemployment. Forcing people out of their jobs is immoral.”

The professor, who had written his dissertation on the elasticity of demand for staple commodities in sub-Saharan Africa — estimated using estimates with little real world value — casually brushed off the concerns using unemployment insurance as a justification. And this was at the No. 1 ranked Public Policy School in the United States at the time.

“Fuck the plebs. Let them become dependent on the government.”

Any act upon an individual can be justified by the greater good of society. There are no limiting principles and that slope is a steep and slippery one.

I think the intellectual class’ resistance to bitcoin is because, at least subconsciously, they know it takes away their power to try and fine tune society from their ivory towers.

A thousand people losing their jobs is fine as long as they remain faceless statistics in pseudoscience math equations.

What about the single mother, the single father, the family of five, the first generation American, struggling every day to live a meaningful and dignified life, to show their children what it means to earn and provide? When making those calculations I could not help but think of the broken faces of broken people, shuffling home to tell their families they had failed that day, that their teetering scale of existence in this broken fiat world had just tipped out of favor, that their future was now uncertain.

If I need to lie to myself to get an A on an economics paper, then I’m fine with telling the truth.

Bitcoin And The Marionette

I could listen to bitcoin-famous Dr. Jordan Peterson for hours. If I’m being honest, I already have and will continue to do so. His gift of language is highlighted beautifully in his analysis of the children’s story “Pinocchio.”

Pinocchio’s journey leads him to accepting responsibility as he enters the belly of the beast to save his father. Self-actualization leads to personhood. Everyday responsibility is the act of the everyday hero. Without responsibility, we have nothing. And yet with no scarcity, there can never be responsibility at the macro and policy levels of society.

The journey to the bitcoin standard leads to radical self-responsibility and cuts the ties of control from the so-called experts who so desperately want to control you. No longer will we be marionettes, puppets dancing along through life at the end of a fiat string.

No longer will we be statistics and aggregates, parts of overly and purposely convoluted equations used to justify sacrifice on behalf of the common good. It will no longer be possible on the bitcoin standard. With scarcity reintroduced into the marketplace, blanket dictats will no longer be financially viable.

There is no society without the individual. There are no societal effects. Only individuals making decisions on the margins. Sacrificing individuals is and always will be immoral. If you want a better society, responsibility is probably a good place to start. Bitcoin fixes this.

This is a guest post by Mickey Koss. Opinions expressed are entirely their own and do not necessarily reflect those of BTC Inc. or Bitcoin Magazine.