Ryan Gellert, Patagonia’s C.E.O., Has a Mission: ‘Save Our Home Planet’ 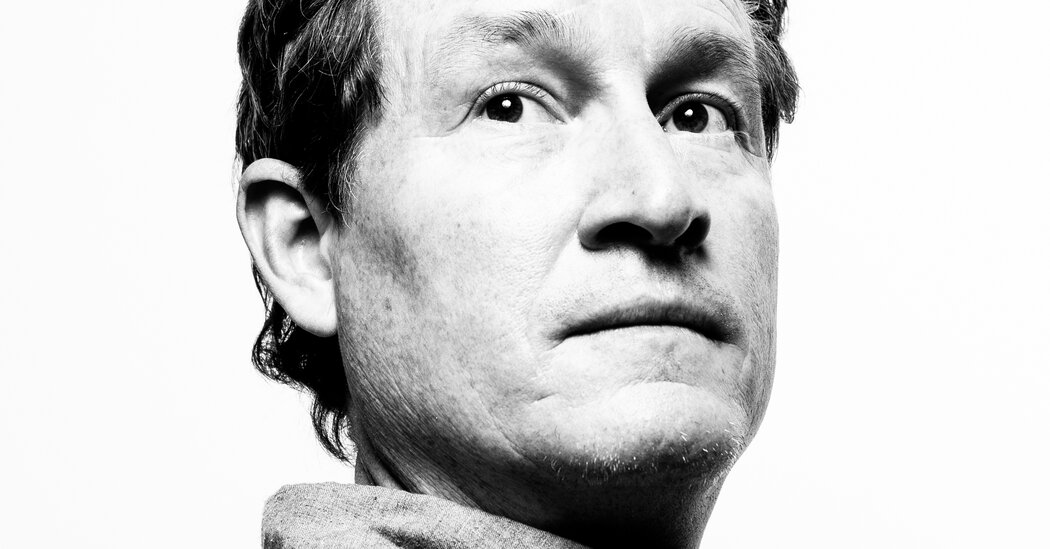 An unofficial qualification to become chief executive of Patagonia seems to be an interest in extreme sports, a strong meditation practice or both. The previous C.E.O. practiced Tibetan Buddhism. The one before that was a ski bum who liked to meditate. Yvon Chouinard, the company’s eccentric founder, was a mountain-climbing Zen Buddhist.

So when Ryan Gellert was named C.E.O. of Patagonia in September 2020, his pedigree was hardly surprising. Mr. Gellert is an avid mountaineer and skier who has spent his career at outdoor retailers, including Black Diamond. Though he is not a Buddhist, he has a decades-long track record of social and environmental activism, making him well suited to lead one of the most politically engaged corporations in the country. And with a business degree from the Florida Institute of Technology and a law degree from the University of Utah, he rose to become head of Patagonia’s operations in Europe, the Middle East and Asia.

Mr. Gellert took over in a moment of turmoil. Patagonia was one of the first U.S. retailers to shut its stores at the onset of the pandemic, leading to major furloughs and some layoffs at the company, which prides itself on taking care of its workers. Rose Marcario, the company’s C.E.O., abruptly resigned last summer without naming a successor. And in the midst of a global health crisis that shut down so much of the world, Patagonia’s environmental activism sputtered.

Now, more than a year into his tenure, Mr. Gellert seems to be settling in to his role leading a private company with a big public profile. Patagonia’s business has recovered from the shutdown, though it is now contending with supply chain issues, and annual sales are on track to exceed $1 billion. The company, which donates 1 percent of its sales to environmental groups, has ramped up its activism and went so far as to pull its products from a mountain resort that hosted a fund-raiser for a conservative group. And Mr. Gellert has begun calling out other companies, saying there is “a special place in hell” for those not combating climate change.

While that all might amount to distractions at other companies, they are signs that, for Patagonia at least, things are getting back to normal.

This interview was condensed and edited for clarity.

A lot of people in this industry find their way into it from the mountains. Did you grow up outdoors, climbing or skiing?

That’s my story as well, but it starts on the beach and not the mountains. I grew up in Cocoa Beach, Fla., so it’s not exactly a little alpine village in the hills. And I grew up in an era that in some ways feels like a forgotten past, when as a kid you were always outside. There was an ocean across the street and a river right on the other side, with dolphins and manatees and stuff. So I grew up surfing, playing at the beach, camping on islands.

So many people in Cocoa Beach build their lives around surfing, and I was super inspired that some of those people went on to become professional surfers. I didn’t share that passion, but I always thought that when I got older, I wanted to figure out how I could find something I’m really into. Right after university, I moved out West to Salt Lake to be a ski bum. Then I went rock climbing one time, and that was it. That was the point I knew, “Oh, I’ll spend the rest of my life doing this.” And it’s defined everything about my life for 25 years.

Did you study business in school?

I studied finance as an undergrad because I had no clue what I wanted to do. So it was a pretty uninspired choice. I did an M.B.A. and then went to law school. But I never took the bar and have never practiced law.

Then why law school?

It didn’t have anything to do with being an attorney. It was about social work. I was volunteering with the homeless in Salt Lake City and assisting attorneys, and was doing some work in the prison systems. I was really oriented into these social issues.

When I came back to work at Black Diamond after law school, I started advocating for the protection of wild lands in Utah, because Black Diamond is a Salt Lake City-based company and has a long legacy of working on those topics.

As an environmentalist, how do you reconcile the tension between conservation and capitalism?

We’re a consumer-goods business that makes apparel people may want and people may like. But we’re not making stuff that people need to survive. Let’s be ruthlessly honest with ourselves about that. Let’s also be ruthlessly honest about the fact that everything we do as humans has some impact on the planet. You have to constantly wrestle with this. And on behalf of Patagonia, I try to really challenge ourselves on the notion of growth.

Could you foresee a moment when Patagonia doesn’t want to grow anymore? What would it look like for a company to intentionally stop growing?

There’s the philosophical dimension of this, and there’s the operational dimension. What does it look like to either stop growing or move backward? It’s really complicated. Holding a business flat might be the greatest magic trick in business. I don’t know any example where that’s ever been intentionally done and done successfully. I’m not antigrowth. But I am deeply committed to making sure we’re moving at a pace that we think is appropriate. We’ve walked away from distribution that was pretty meaningful because we just didn’t feel like we could have an impact.

“It is absolutely valid and important that people approach what they hear from business with a high level of cynicism.” — Ryan Gellert

What makes you walk away from a distribution deal?

There are places where we say, this just doesn’t make sense for us. Let’s get really honest with ourselves. Why are we here? And if the only answer is commercial, it’s probably time that we pack up and move on.

How do you make sure all the activism work Patagonia does is not just marketing? How is it not “greenwashing”?

It is absolutely valid and important that people approach what they hear from business with a high level of cynicism. And if you do that about what you hear from us, good. That’s a healthy posture.

If you really want to understand a business and its intent, look at its body of work and make your own decision. I am comfortable with the imperfect but consistently committed body of work that Patagonia has delivered. We try to be relentlessly transparent, both internally and externally, about the work we’re doing and our shortcomings.

My belief is that our biggest contribution has not been the money we’ve given away. It’s not individual issues that we’ve advocated for. It’s not scaling grass-roots environmental activism through different levels of support. It’s operating from the bowels of business and proving that businesses can exist to do more than maximize the wealth of their owners, really consistently proving that in ways big and small over decades.

A lot of companies are getting drawn into political disputes these days. Is there something different about Coca-Cola’s advocating for voting rights versus Patagonia’s campaigning for free-flowing rivers?

I always resent the fact that people say, “We can’t do it as a publicly traded company.” You mentioned voting, and I think it really speaks to how far we have fallen into this polarization trap as Americans that that’s a contentious topic. It’s insane to me that we make the notion of access and participation in voting something to be debated.

Do you ever consider how the political stances you take, which are mostly aligned with Democratic priorities, might affect the willingness of Republicans to buy Patagonia products?

I come from a fairly conservative family, and I have respect for different viewpoints in general. And there is nothing that bothers me more than when people think that Patagonia is anti-conservative or, conversely, an extension of the Democratic Party, because neither is true. What we are is a company with a set of values that believes in being radically and consistently committed to those, and transparent about the decisions that we make — good, bad or otherwise. I hate that that gets intertwined so deeply in this political environment. But we’ve got to move forward and advocate for the issues that we think are most critical.

Do you have faith that governments and big businesses are going to be able to stop runaway climate change?

Do I have faith? No, I don’t. The problems we’ve created are big enough and complex enough that we need all three levers of society working in sync to solve them. We need government doing what I would argue governments were created to do, which is solve the biggest problems that we collectively face, and I think government has consistently come up short of that. We need individuals making decisions in their lives that can have an impact and also showing up as part of civil society to do the same. And we need businesses stepping up. Some companies are starting to say the right things, but I think there is a massive delta between what they say and what they do. So I’m not optimistic.

The two big existential threats we, as humans, not only face but have created are the climate and ecological crisis and polarization. And polarization compromises our ability to deal with the first. So I’m really pessimistic in that regard.

But we, as humans, have created this set of challenges, and if nature has to solve for them, it is not going to be pretty. I think we need to just show up and do the work. I’m not a particularly down person. I like to have a good time, and I just keep showing up. But you know, if you really have me under truth serum and say, you know, how confident am I? I mean, I’ve got two young kids. They’re going to inherit a world that is infinitely worse off than the one I grew up in.

How are the disruptions in places like Vietnam and the broader supply chain issues affecting the company?

The laws of economic gravity apply to Patagonia like they do others. We’re feeling the impacts. They’re uncomfortable. They’re inconvenient. But we were navigating through them. I’m a hell of a lot more concerned about the people in southern Vietnam, where the vaccination rates are only now starting to scale, than I am about that.