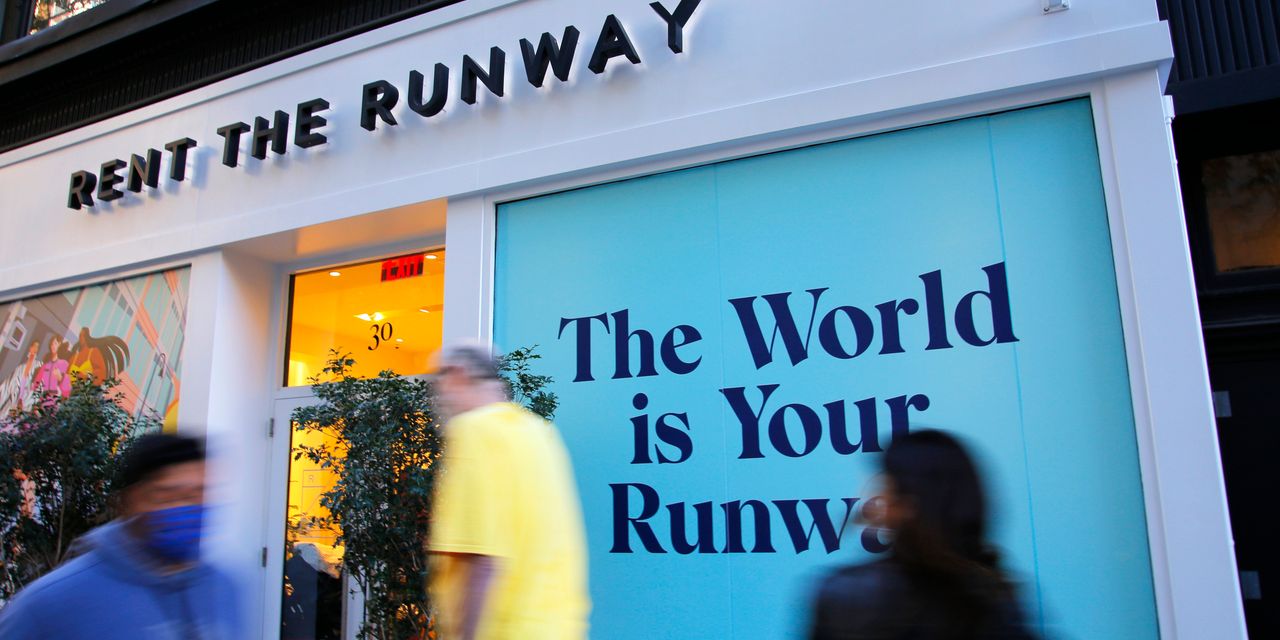 The fashion-rental company released its first earnings report Wednesday since going public in late October. For the period ended Oct. 31, revenue of $59 million and loss of $5.6 million on the basis of adjusted earnings before interest, taxes, depreciation and amortization were both modestly better than analysts’ forecasts, while guidance for both metrics for the current quarter came in roughly in line.

Wall Street has been about as receptive to Rent’s debut as Miranda Priestly was to Andy Sachs in Lauren Weisberger’s “The Devil Wears Prada.” With shares down 50% from where they opened Oct. 27, the bar seemed very low for Rent the Runway to surprise to the upside. Instead, shares fell immediately after the print, by another 13% in after-hours trading. One could almost feel investors waving their hands in dismissal: “That’s all.”

The key issue is Rent’s subscriber numbers. While the company said active subscribers grew 78% year over year in the period ended Oct. 31, its tally still lags behind where the company finished fiscal 2019, which ended in early 2020. Its guidance for the current quarter suggests it will end fiscal 2021 still below that threshold.

Rent’s metrics have some “wow” moments. Rent describes itself as a subscription business and said on a conference call Wednesday that 82% of its revenue comes from its subscribers. In its earnings presentation, the company shows its most popular subscription price is $135 a month, comparing that number to

$9.99. The point, according to Rent, is that those other companies need 10 times or more the number of customers it does to generate the same revenue. That might be true, but keep in mind that Netflix recently reported nearly 214 million subscribers—compared with 116,800 for Rent. Furthermore, Netflix did so while generating more than $1.4 billion in quarterly net income.

Rent says it only needs to capture a very small percentage of its addressable market to be a very large business. Converting only 3.5% of the “subscriber opportunity,” which it quantifies in a slide presentation as 21 million people, would drive a 5x increase in subscribers. Just this week e-commerce investors have fretted that

an online styling company with nearly 4.2 million active customers, has peaked. In its public filing for a listing, Rent said it had served more than 2.5 million customers across all of its offerings in its lifetime. But the fact remains that the company is still working to regain the more than 133,000 active subscribers it had a little less than two years ago. For investors, the opportunity just doesn’t seem to be big enough.

Predating Stitch Fix, Rent the Runway is more than a decade old. Like the styling company, it has a model that has evolved over time to try to attract a broader swath of customers. In addition to subscriptions, Rent has a legacy one-time rental business and a newer resale offering. In its public-offering filing, it said it offered 18,000 styles across more than 750 designers in sizes ranging from 00 to 22. But it also said it had spent less than 10% of its total revenue on marketing since its founding.

That is changing. For the quarter ended Oct. 31, Rent said it spent 18% of its revenue on marketing, with 59% of its total marketing spend over the nine months ended Oct. 31 coming in the quarter. So far, it isn’t moving the needle enough to impress public investors. Hedge funds own less than 6% of the company, according to FactSet, while venture-capital and private-equity firms still own more than 30%. To gain more subscribers, marketing costs will have to move higher, which could further depress margins.

On its conference call Wednesday, Rent was clear that consumers report being widely receptive to gently used clothing right now. Data shows that is broadly true. Weekly spending for fashion resale was up over 75% in the U.S. from where it was at the beginning of 2019, with apparel subscriptions up around 40% over that period, according to Earnest Research.

to The RealReal to

and Depop, there are a lot of options in resale right now for consumers. Comparatively, Rent’s model is looking a little flat.

Write to Laura Forman at laura.forman@wsj.com