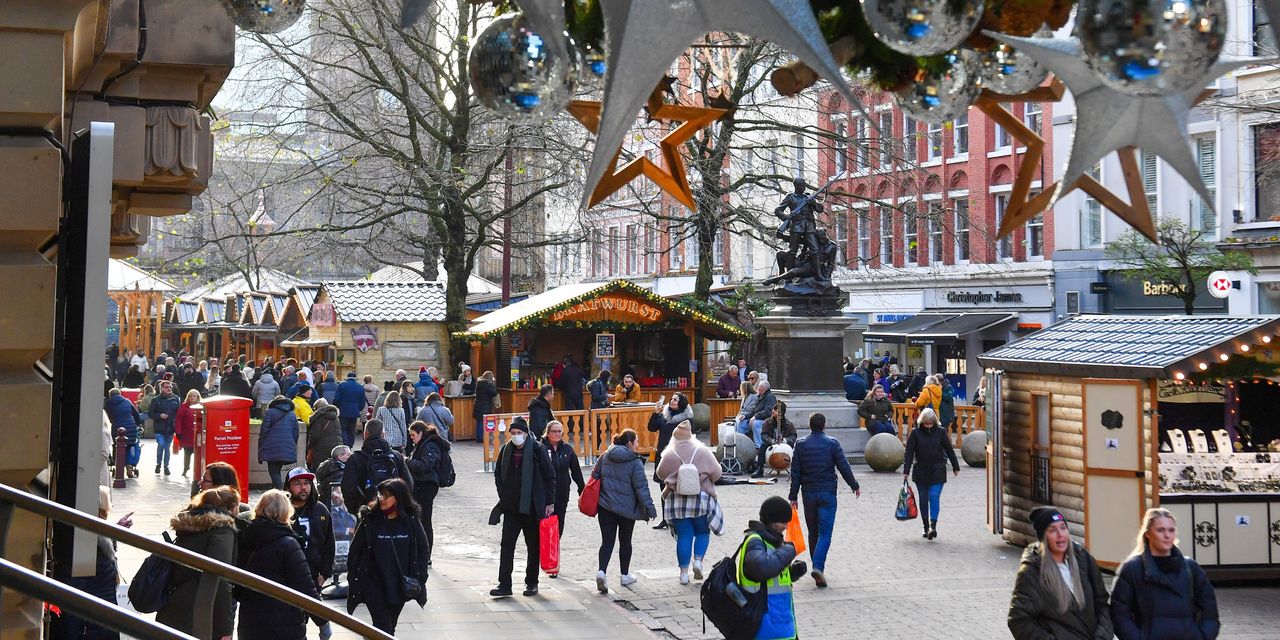 Omicron might have slowed some people’s plans to travel or make other big purchases, but payments stocks are a way to bet that they haven’t been permanently put aside.

Shares of companies that often track with spending via cards have roared back after recent weakness. Stocks such as

are all up more than twice as much as the overall market’s roughly 3% gain so far in December.

We won’t know the full impact of the new Covid-19 variant on consumer behavior for some time. But some indicators so far are positive, at least when it comes to card spending. For example, American Express said at a conference last Tuesday that while it was still early, the payments giant wasn’t yet seeing spending changes in recent days due to Omicron. Though there is typically a reaction in cross-border bookings when restrictions come into place, the general trend—heard in commentary from many payments firms over the past week—seems to be that whenever travel is open, people are willing. AmEx said that quarter-to-date bookings in its consumer travel agency were up about 30% over 2019 levels.

AmEx, of course, has a relatively affluent customer base, as do most large credit-card companies. But that isn’t a bad place to be in 2022, when it is unlikely more stimulus will arrive to boost lower-income families’ savings and spending power. High-income families as of September had roughly 40% higher cash balances than two years prior, a recent JPMorgan Chase Institute analysis of banking data found.

Things were looking strong just before the emergence of Omicron, particularly for the kind of nonessential spending that is often done with credit cards. Visa’s index of U.S. spending momentum accelerated for the second consecutive month in November, which is indicating that more consumers are spending more than they were a year ago. This was driven by an increase in discretionary purchasing—even as the index for nondiscretionary purchasing dipped. Many card companies have also reported strong trends, such as Synchrony Financial last week saying that it had just had three of its best weekends for purchase volume of the past two years.

Looking back, even the Delta variant’s specific impact on spending wasn’t totally clear. Delta’s rise over the summer came around the same time stimulus was wearing off, though dips were most noted in travel and restaurants. It is unclear whether that will be repeated, at least in consumer attitudes.

In one indicator, a survey of U.S. and U.K. consumers on Nov. 30 and Dec. 1 by analysts at Autonomous Research noted a difference in how people were responding to Omicron versus Delta: The recent survey found 8% of respondents canceling a trip, versus 35% for a survey in August and September.

What all of this suggests is that credit-card spending on big-ticket items like travel has the potential to accelerate sharply under the right circumstances. While much still depends on the unknowns of Covid-19 and border restrictions, the recent move in stocks indicates that investors hoping to take advantage might not be able to wait until after the fact.