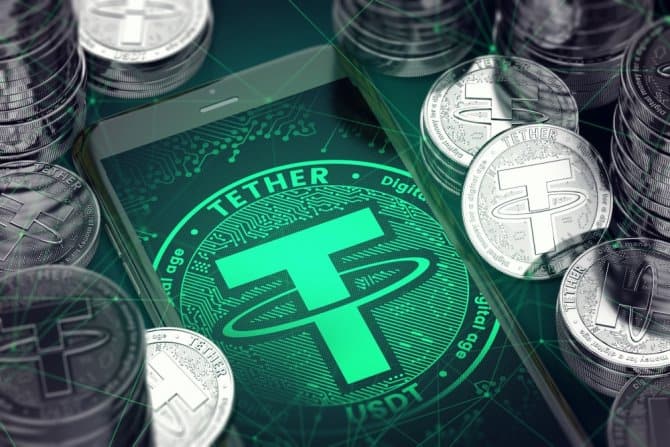 The Myanmar government has declared Tether (USDT) as its official currency for “domestic use”…. Well, Kind of.

The decision to adopt USDT was taken by the National Unity Government of Myanmar, which is a kind of parallel government made up of former President Win Myint’s executive cabinet members and his State Counsellor, Aung San Suu Kyi.

These politicians were ousted following a coup in which Burmese politician Myint Swe was appointed as Acting President of Myanmar, and Army General Min Aung Hlaing took over as Prime Minister.

According to a Bloomberg report, the National Unity Government of Myanmar stated that it will use Tether for “domestic use to make it easy and speed up the current trade, services and payment systems.” The idea is to use USDT just as if it was the American dollar, but in a way that is resistant to the censorship and control of the new government.

It is worth noting that in May 2020, the current regime outlawed the use of cryptocurrencies. Hence, the adoption of Tether is not only a matter of practicality but also a form of political provocation from the National Unity government towards the new administration.

Although the National Unity Government has no territorial or military control, it has gained some space in the global diplomatic sphere, being recognized as legitimate by the European Parliament with offices opening in the United States, France, Australia, South Korea, the Czech Republic, and the United Kingdom.

In addition to the use of USDT for domestic transactions, the NUG issued “Spring Revolution Special Treasury Bonds,” which raised $9.5 million in 24 hours – with expected total proceeds of $1 billion. The goal of the bonds is to raise enough financing to overthrow the current government and regain power.

While the news may have taken the Myint Swe and Min Aung Hlaing government by surprise, the truth is that the idea is nothing new among cryptocurrency enthusiasts. As time goes on, decentralized digital currencies play an increasingly important role in global geopolitics.

Just a few months ago – specifically in September 2021 – Nayib Bukele’s regime announced the adoption of Bitcoin as a legal tender with mandatory acceptance. Despite warnings from multilateral organizations such as the IMF, the World Bank and threats from governments such as the United States, the country insisted on adopting Bitcoin and inaugurated a volcanic energy mining farm, bought 1120 BTC for a national fund, and developed an official wallet.

On the other hand, in Venezuela, Juan Guaidó, a Venezuelan politician recognized as the country’s sole legitimate president by 11 of the 195 countries in the world, unsuccessfully tried to use cryptocurrencies to receive money from the United States and subsequently give it away to the country’s medical workers. He has also been accused by Nicolas Maduro’s cabinet of paying criminal gangs with cryptocurrencies to help him gain power.

Other countries have turned to cryptocurrencies and blockchain technologies for less extreme perspectives. According to estimates by The Atlantic Council, the Bahamas, China, and the Marshall Islands are already implementing their own digital currencies, and about 87 countries are working on developing a CBDC.