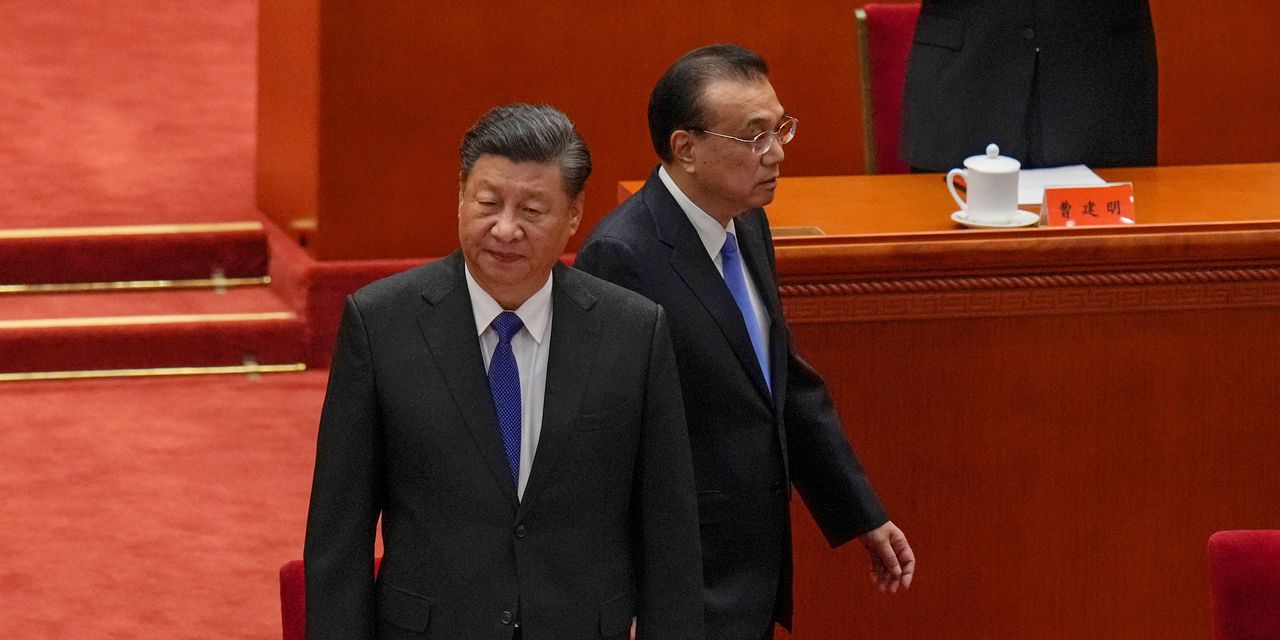 Every year China’s top leadership gets together and hashes out economic priorities for the coming 12 months at the Central Economic Work Conference. The communiqué from this year’s conference, which wrapped up on Friday, was unusually explicit: the terms “stable,” “steady” or “stabilize” were mentioned roughly twice as many times as last year.

That isn’t surprising in the context of a deepening economic slowdown, and ahead of the crucial 20th Communist Party Congress next fall, when party head

is expected to be named to an unprecedented third term, and other top officials will also have their fates decided. It also follows a clear shift toward more stimulative monetary policy and less restrictive property policies over the past several weeks.

The communiqué instructed all local officials to shoulder responsibility for stabilizing the economy, to front-load policies when appropriate, and called for quickening fiscal expenditure in general.

But the communiqué sent some mixed signals as well. And therein probably lies the main economic risk for China next year.

In addition to the seeming clarion call for growth, the communiqué also called for resolutely containing off-balance-sheet government debt and for financial discipline. These mixed messages come as local governments are already under significant fiscal pressure due to collapsing land sales—which comprise about 30% of their revenue, according to Goldman Sachs. With little fiscal room to maneuver and conflicting signals from the top, there is a clear risk that any hoped-for boost from local government infrastructure spending underwhelms, or arrives more slowly than expected. Some local governments may also ultimately find themselves on the hook to complete unfinished Evergrande projects—straining resources even further.

The big hope therefore may be looser monetary policy—and here the signals look a bit more promising. The communiqué notably omitted language calling for “stable macroeconomic leverage” and for credit to grow basically in line with nominal gross domestic product, both of which were highlighted in last year’s communiqué and in recent central bank statements. Looser monetary policy will be needed both to support formal bond issuance by provincial governments—one of the few remaining fiscal channels not under pressure—and to help strong property developers raise funds to buy assets from weaker ones.

By the standards of previous easing cycles, Chinese rates still have plenty of room to fall. Key interbank rates such as the seven-day collateralized repo have been floating around 2% all year, while yields on five-year central government bonds are only down about 0.3 percentage points since midyear. Over the course of the 2018 to 2019 easing cycle, both rates fell by about 1 percentage point—and that was in response to an arguably far less dangerous slowdown.

Beijing has significant scope to fight off this downturn—if it is willing to be realistic about what is needed. Given the political stakes, it probably will be. But in a year in which the central leadership has demonstrated a considerable amount of naiveté about the consequences of its policies for the property and power sectors, it is still too early to sound the all-clear.