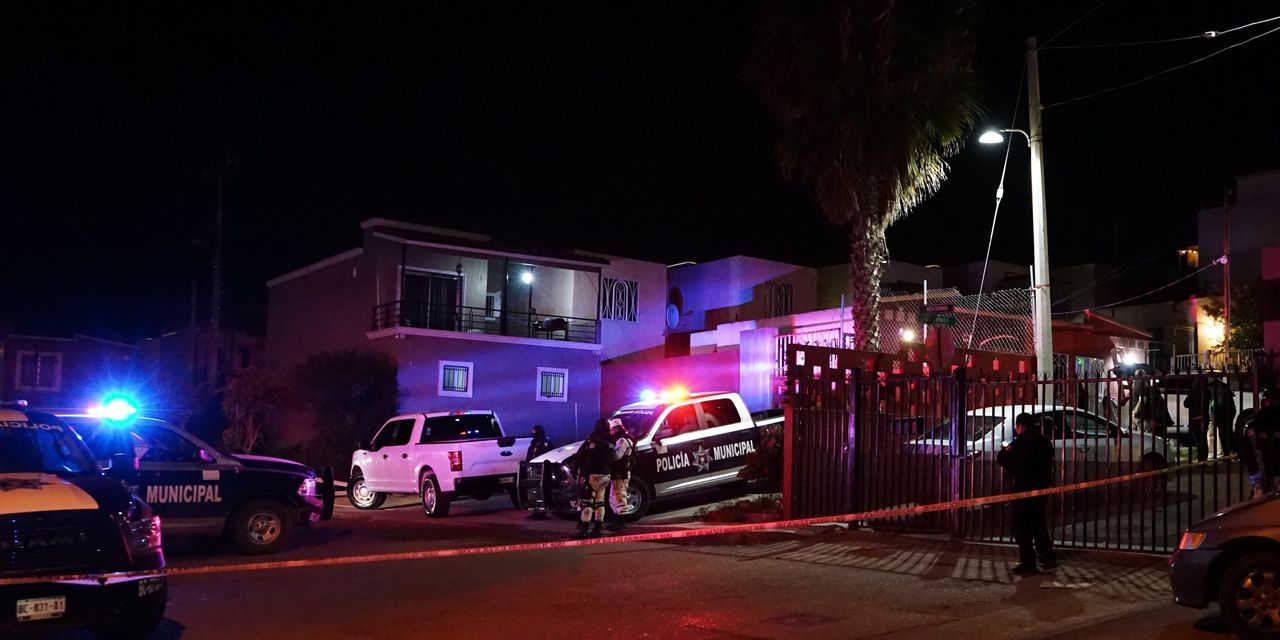 a well-known local television personality who worked for various media outlets in Tijuana, was shot in her car by unknown assailants as she arrived home Sunday night, according to local authorities.

Nearly three years ago, she told Mexican President Andrés Manuel López Obrador that she feared for her life due to a labor dispute that involved a top ruling party politician. She subsequently entered a government journalist-Protection program.

Ms. Maldonado, 68 years old, was the second journalist killed in Tijuana in the past week and the third this month in the country. Margarito López Esquivel, a photojournalist who covered the police beat in Tijuana, was gunned down outside his home on Jan. 17.

a reporter in the Gulf Coast state of Veracruz, the most violent state for journalists in Mexico, was stabbed to death earlier this month. None of the killings have been solved.

“It’s very sad what happened in Tijuana. It hurts a lot,” Mr. López Obrador said at a daily news conference. Mr. López Obrador promised a full investigation, but blamed the country’s high level of violence on the “social decomposition” he attributed to the “neoliberal” economic policies of previous governments.

In this case, however, the victim had publicly warned she was in danger from a powerful politician from the president’s ruling Morena party.

In March 2019, Ms. Maldonado attended Mr. López Obrador’s daily news conference to ask for his help, saying she feared for her life due to a labor dispute with a television company she said unfairly fired her years earlier, without paying proper compensation. The media company, Primer Sistema de Noticias, is owned by

then the ruling party candidate for governor of Baja California, where Tijuana is located. Mr. Bonilla won a shortened term as governor, has since left office, and still owns the media company.

“I’m here to ask for help because this involves a senator on leave…and your candidate for the governor’s race in Baja California, Mr. Jaime Bonilla. That’s why I’m here, asking for your help,” she said at the time, according to transcripts of the exchange. The president asked his spokesman to look into the issue.

“‘I don’t think the president has done anything to strengthen prosecutors or police to stop murders.’”


— Jan-Albert Hootsen, Mexico representative for the Committee to Protect Journalists

In an interview he posted online Monday, Mr. Bonilla told Mexico’s Radio Formula that he had never threatened Ms. Maldonado and had nothing to do with her murder. “I’m sure the authorities will soon find those responsible,” he said.

Last week, Ms. Maldonado’s contract dispute was resolved in her favor by a federal labor court, which ordered an embargo on several assets of the media company in order to pay Ms. Maldonado, according to local media reports and friends of the reporter.

Mr. López Obrador said his government would investigate the crime, but he urged people not to jump to conclusions. “One can’t automatically link a labor dispute to a crime,” he said.

In the past three years, 32 journalists have been murdered in Mexico, making it the most dangerous country in the Western Hemisphere for journalists, according to the Committee to Protect Journalists, an international advocacy group. It has determined that 13 of the Mexican journalists were killed for reasons related to their work.

About 95% of the journalists’ killings, however, go unpunished, said

“This seems to be a criminal underworld execution-style killing,” Mr. Hootsen said of the slaying of Ms. Maldonado. Her killing was similar to that of Mr. Martinez, who was also shot outside of his home. The photojournalist had, like Ms. Maldonado, received threats.

Scores of Mexican journalists said on social media they were planning a national protest Tuesday in cities across Mexico, wearing black in honor of their slain colleagues. Journalists in Chilpancingo, the capital of Guerrero state, held a small protest at a toll booth along the Mexico City-Acapulco highway on Monday to protest the Tijuana killings.

spokesman for the U.N. secretary-general, on Monday condemned Ms. Maldonado’s killing. “We call on Mexican authorities to strengthen the protection of journalists, in particular to take further steps to prevent attacks on them, including by tackling threats and slurs aimed at them,” he said at a news briefing.

Although journalists and others have pressed Mr. López Obrador’s government to protect reporters, activists say he has done little to improve the situation. The president has repeatedly blamed overall criminal violence on free-market policies of past governments.

“It shouldn’t be about ideology,” Mr. Hootsen said. “It’s about carrying out sound public policy. I don’t think the president has done anything to strengthen prosecutors or police to stop murders.”

The latest shooting stunned journalists and residents in Tijuana, which is across the border from San Diego, Calif. “Impunity is expanding at a terrible speed,” said

a local reporter who knew Ms. Maldonado. “I’ve never seen such fury, and in so many places.”

At the time of her death, Ms. Maldonado, a journalist for more than four decades, had an online program in which she discussed current events ranging from local politics to the Covid-19 pandemic.

The other slain journalist, Mr. Martínez, 49, was remembered by colleagues as a dedicated photographer who would listen to police radio and show up at shootings and fires, sometimes even arriving before authorities. After taking photos, he would narrate the events on a Facebook channel. He also worked as a fixer for foreign reporters who visited Tijuana, Ms. Corpus said.

Homicides in Baja California state, where Tijuana is the largest city, have risen sharply in recent years, exceeding 3,000 or 82 per 100,000 inhabitants last year, according to official reports.

“Tijuana is the most violent city in Mexico,” said Eduardo Guerrero, a security analyst in Mexico City.

Two of Mexico’s most powerful criminal organizations, the Sinaloa Cartel and the Jalisco New Generation Cartel, are vying for dominance in Tijuana, which is a major point of entry for drugs into the U.S.  There are also numerous other criminal gangs operating there, Mr. Guerrero said.

—Anthony Harrup contributed to this article.