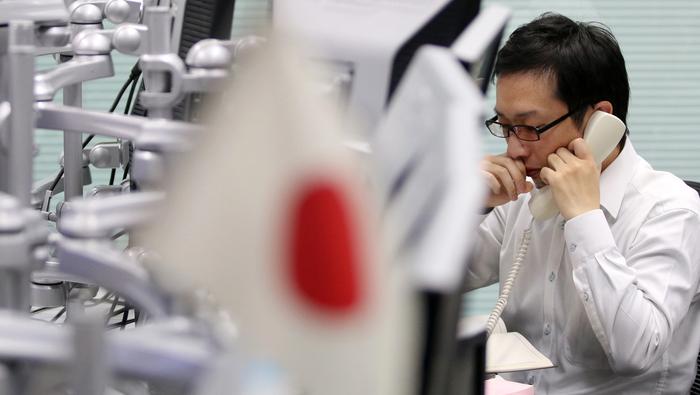 Get Your Free JPY Forecast

The US Dollar continues to mark time against the Japanese Yen, with USD/JPY idling around the 144.99 – 145.90 resistance zone. For those trading this currency pair, please understand that the Japanese government has been intervening to prop up the Yen in the wake of an increasingly stronger US Dollar. As such, a breakout above this zone ought to be treated with a grain of salt. One minute, the pair might be surging. The other, the Bank of Japan could step in to force a ceiling. In the event of a turn lower, keep a close eye on the 20-day Simple Moving Average. Below that, key support seems to be around 142.10. 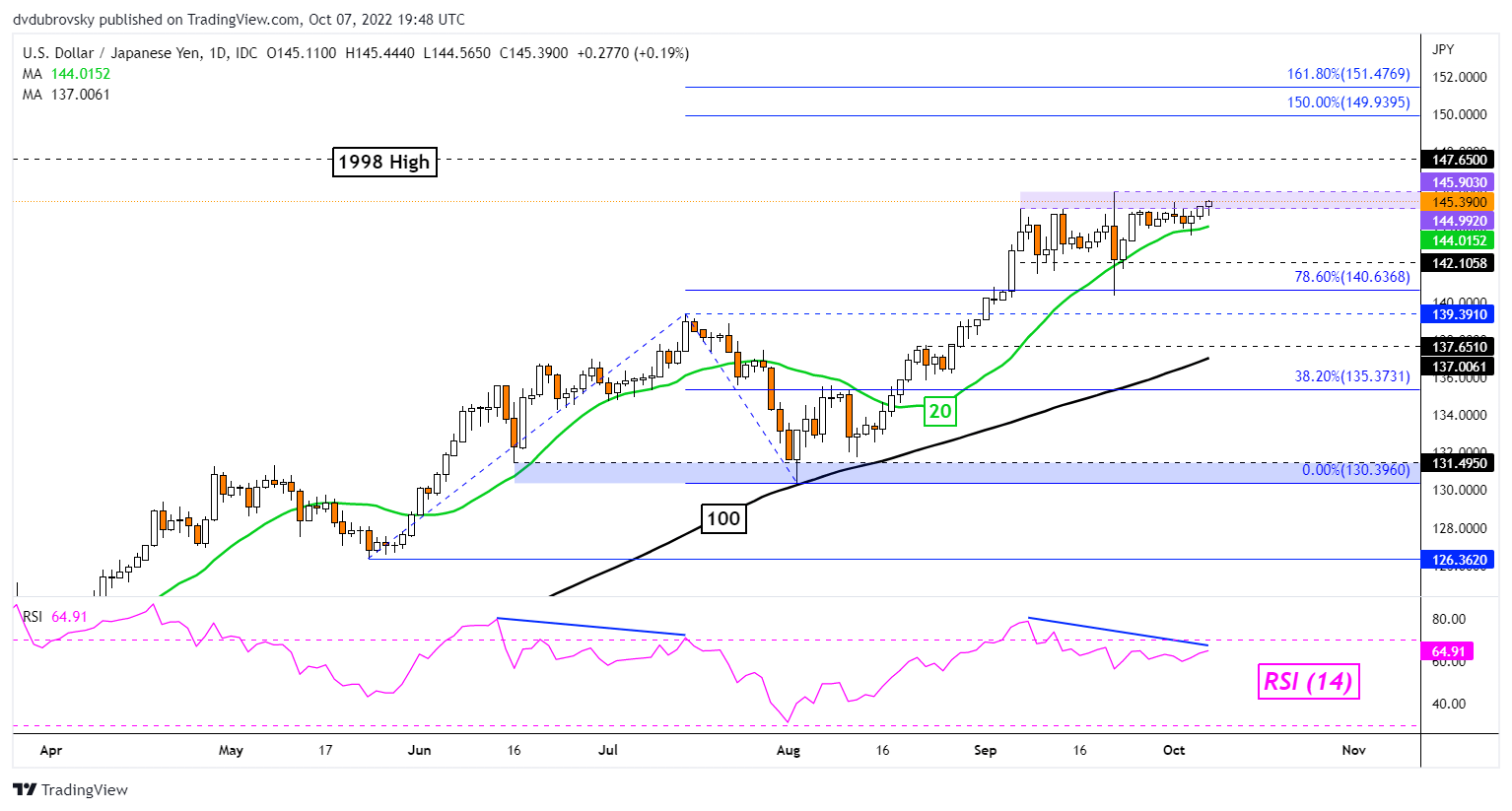 The Australian Dollar closed at its lowest against the Japanese Yen since early August. That said, AUD/JPY was unable to clear the September 28th low at 92.12. Still, a bearish Death Cross between the 20- and 50-day Simple Moving Average seems to be just around the corner. This may offer a downside bias. Further losses would soon place the focus on the 200-day line. This could reinstate the broader upside focus. If not, a bounce would place the focus on the 20- and 50-day SMAs. Further breaking above those could offer bullish potential. In the meantime, the technical bias seems slightly tilted lower. 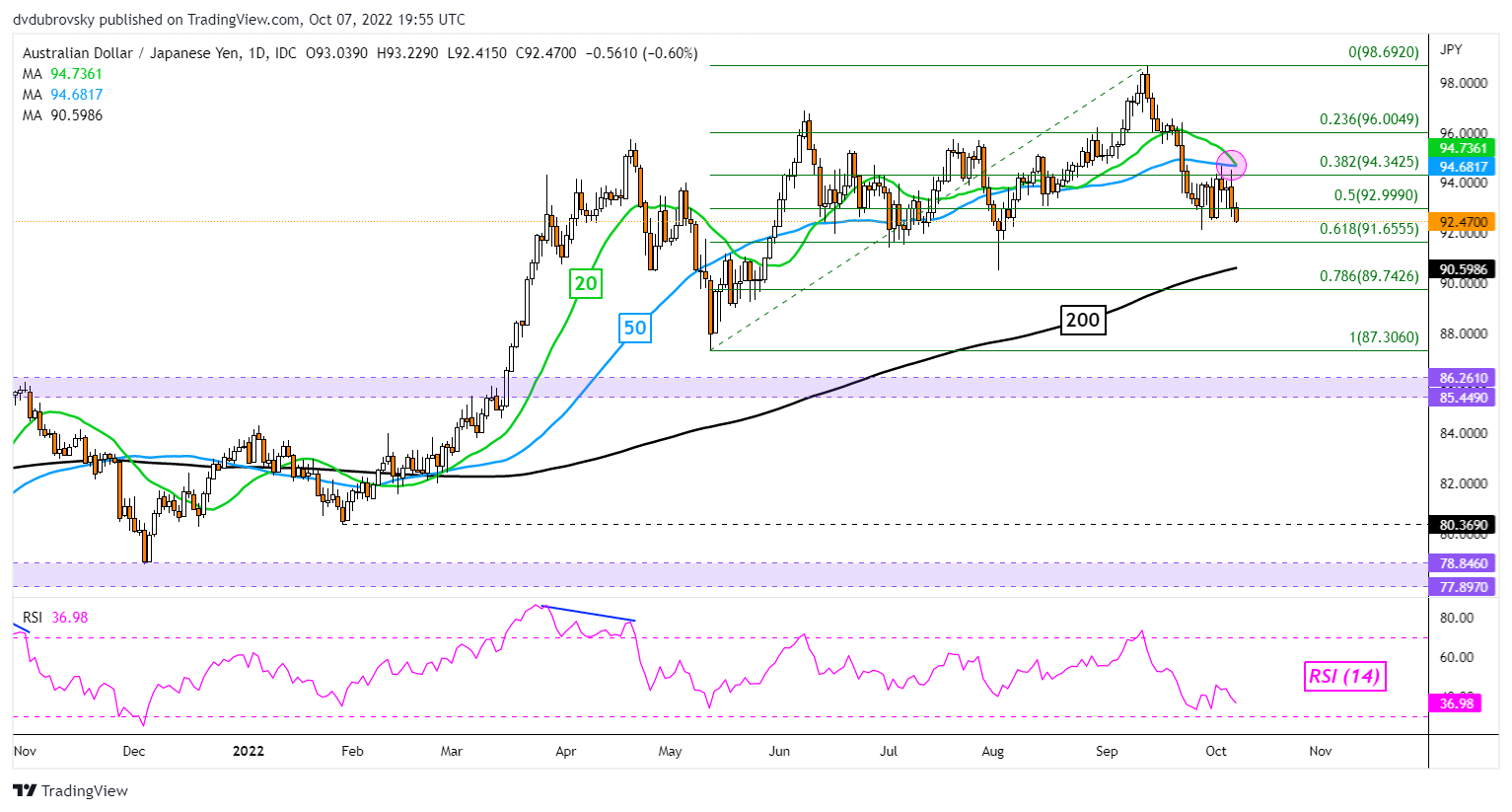 The Canadian Dollar has been idling against the Japanese Yen. But, CAD/JPY’s uptrend remains in play. The rising trendline from May seems to be guiding the pair higher over the past few months. As such, this support could hold in the coming sessions, maintaining the upside focus. That would place the focus on the 107.21 – 107.64 inflection zone before the September high at 110.59 kicks in. On the other hand, a breakout under immediate support at 104.57 opens the door to a bearish pivot towards the 101.42 – 102.14 range from August. 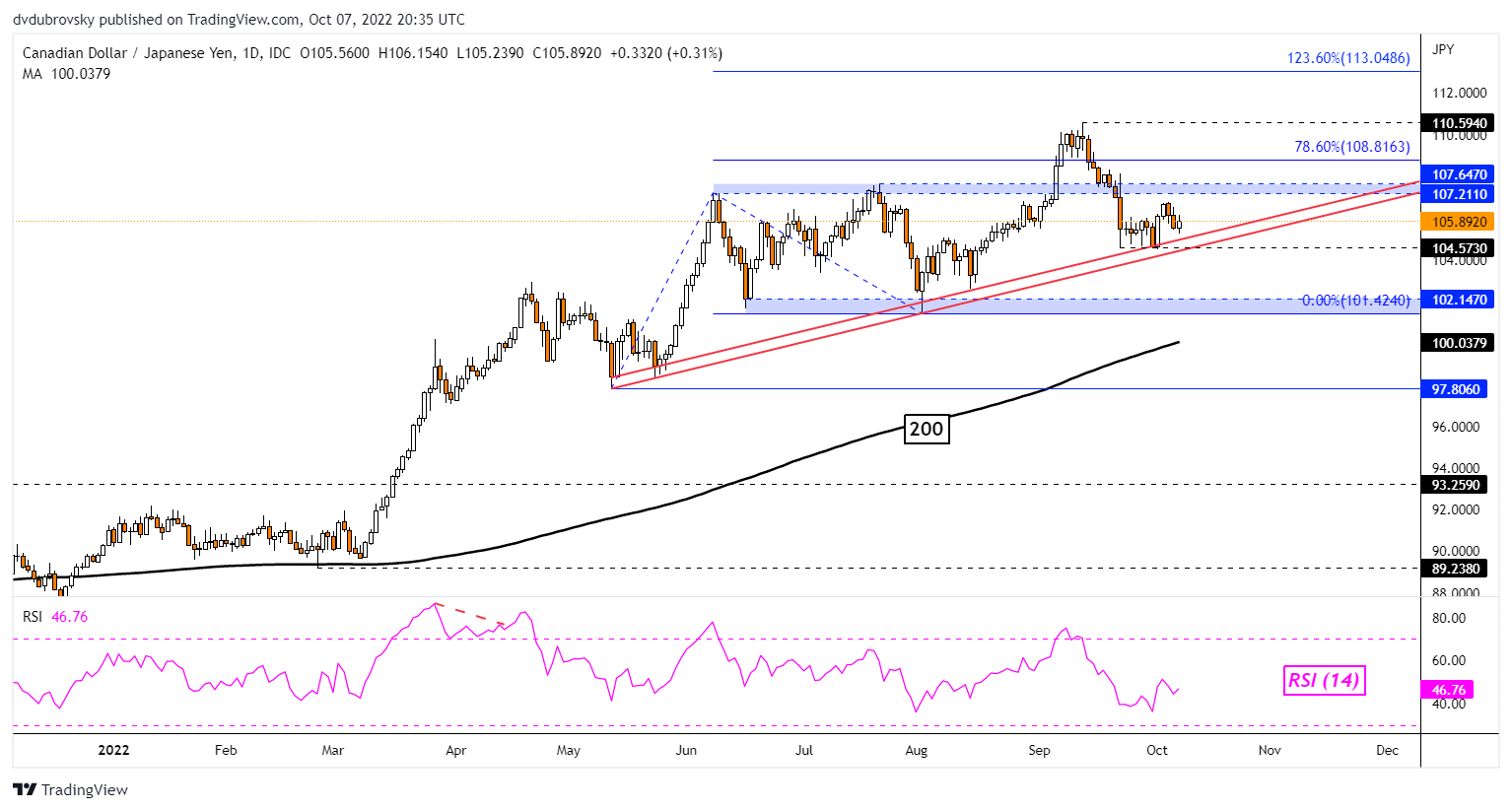 The Euro also seems to be in a neutral state against the Japanese Yen. EUR/JPY was unable to breach the critical 144.25 – 145.63 resistance zone last week. That sent prices lower into the end of last week, leaving the pair facing rising support from August. As such, this trendline could hold, maintaining the pair’s consolidation since June. A breakout lower would likely offer a bearish pivot, exposing the September low at 137.37. Otherwise, a breakout above the resistance zone above exposes the 78.6% Fibonacci extension at 146.98. 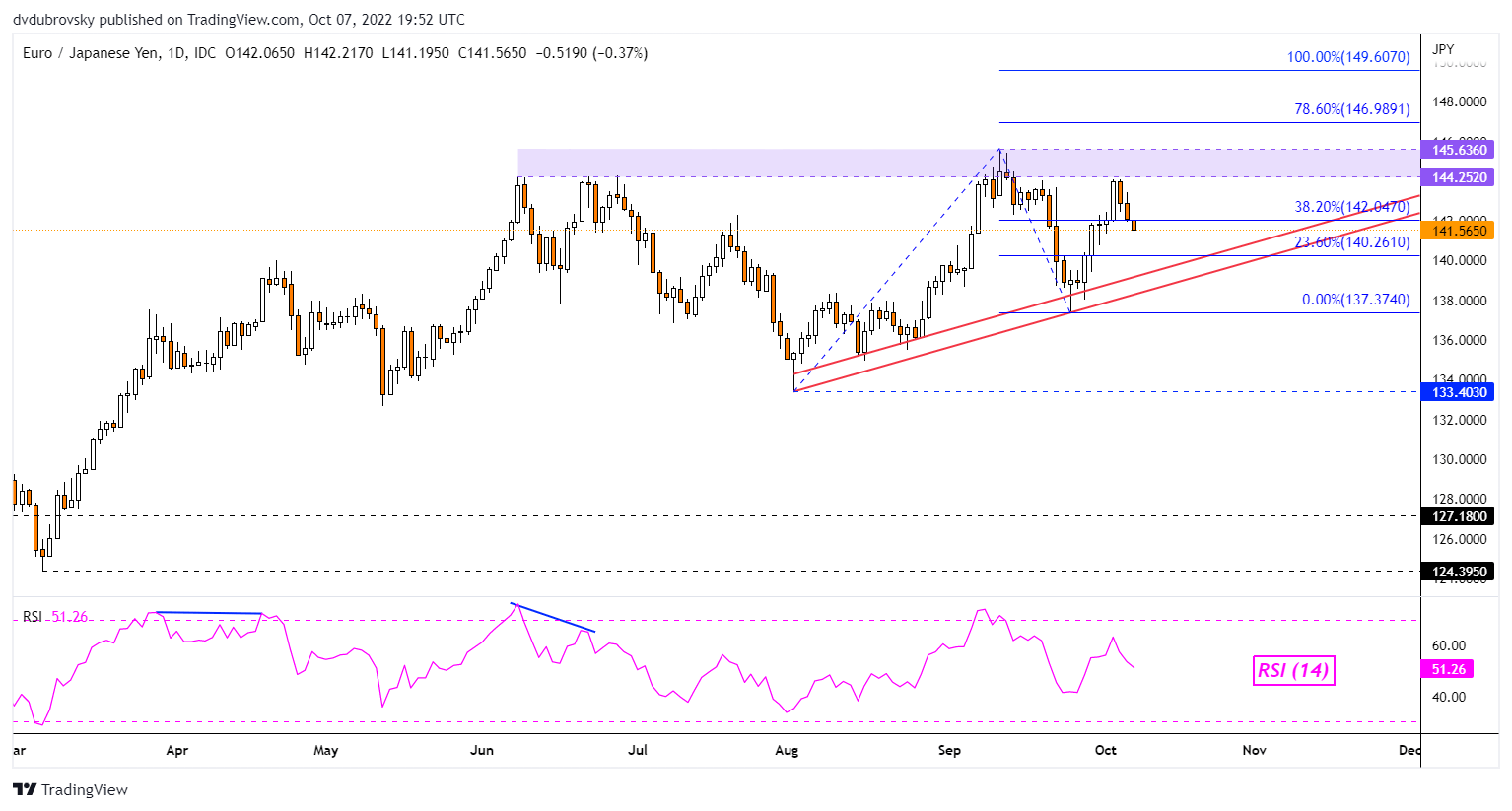