Investors Should Care About the Logic Behind the ‘Powell Pivot’ 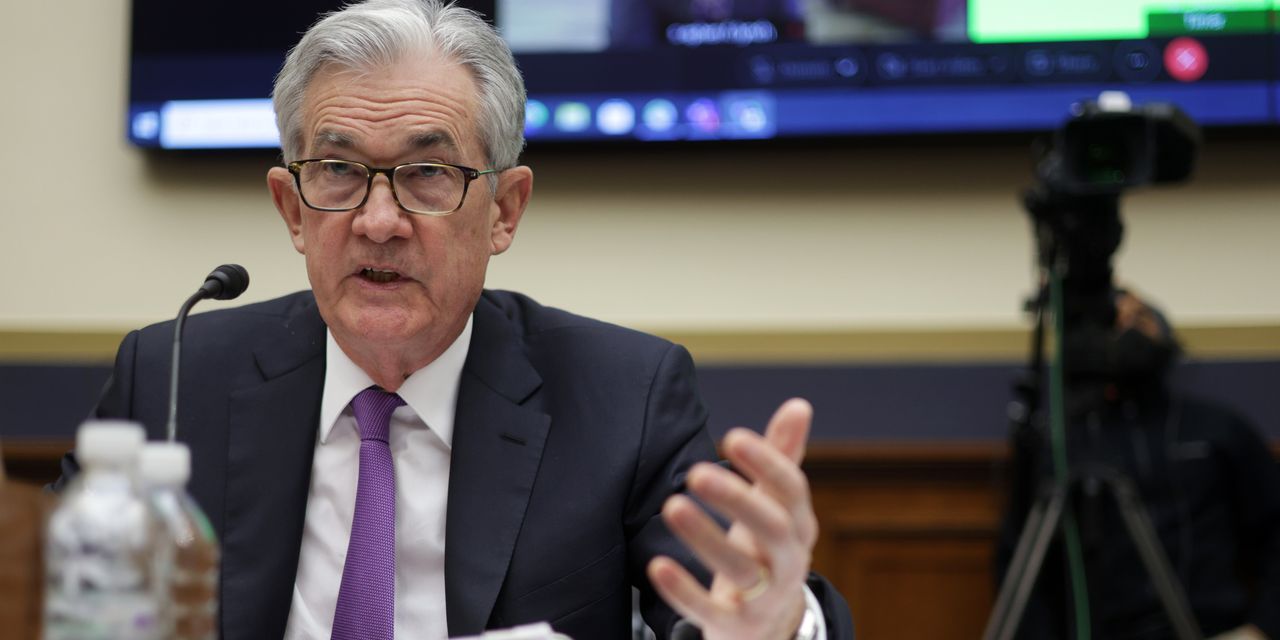 The Powell Pivot is the one thing that can compete with Omicron for investor attention. That will be clear when the Federal Reserve discusses a faster taper of its bond purchases at this week’s meeting, due to conclude on Wednesday.

What really matters is the reasoning behind Fed Chairman

change of mind on monetary policy (aka the Powell Pivot). After months of reassuring everyone that inflation was “transitory” and would go away by itself, at the end of November he abandoned the idea and warned of tighter policy ahead. What the future brings depends on why he did so, and there are lots of theories, some more far fetched than others.

Politics Rationale One: Mr. Powell changed course shortly after being renominated for a second term as Fed chairman, and the White House has simultaneously begun to make a lot of reassuring noises about price rises as they become a political issue. The two are linked, theorizes

Political interference in monetary policy should mean a higher risk premium on bonds to reflect unpredictable actions. For those that believe in the unusual theory that a politician wants tighter policy, it should mean a much more rapid rise in interest rates than markets expect to choke off price rises before the midterm elections.

Politics Rationale Two: The exact opposite is the case, according to Komal Sri-Kumar, who runs his own macroeconomic consulting firm in California. Far from being pressured to act on inflation by the president, Mr. Powell’s reappointment meant he was free to act independently after months of sticking with the narrative of transitory inflation that was shared by Treasury Secretary

Political independence is regarded as a good thing by Wall Street, since it means the Fed at least tries to do what is best for the economy, not for the administration. At the moment, that depends on whether you think inflation is caused by too much demand, which the Fed can suppress with tighter policy, or by a temporary Covid-related supply problem, which it can’t do anything about, or something else.

Runaway Inflation Rationale. The Fed kept on expecting inflation to fall back by itself, but all Mr. Powell’s arguments were upended as prices not only kept rising but broadened out beyond narrow categories such as energy and used cars. It is real, after-inflation, interest rates that matter to the economy, and higher inflation with unchanged policy means lower real borrowing rates. The higher inflation gets without the Fed acting, the more stimulus monetary policy is providing.

So long as economists think this is purely a temporary phenomenon, it doesn’t really matter for policy (although it matters to the rest of us paying the higher prices). But if the inflation is expected to last, it makes no sense to be adding more stimulus, so rates should rise merely to keep policy neutral.

Full Employment Rationale. The Fed has focused more on the second part of its dual mandate, full employment, than on the inflation part. But unemployment of 4.2% is back to where it was in November 2017, when interest rates had already gone up to 1.25%. Even after Mr. Powell’s pivot to cutting the Fed’s bond purchases more quickly, traders in Federal Funds futures think there is only a one-in-three chance of the first rate rise happening in March.

With full employment almost achieved, it makes sense to refocus on inflation, and rates should start a steady rise. The futures market is priced for this approach: the most probable outcome is three 0.25 percentage point rate rises next year, according to CME Group calculations, with a one-in-four chance of reaching 1.25% or higher.

Absent Workers Rationale. The Fed and most economists expected Americans who had been on the sidelines of the jobs market to return as Covid fears receded, schools reopened and generous unemployment benefits were withdrawn. Exactly this happened among healthy workers, particularly men. For men aged 16-64 without a disability, 82.1% are either working or looking for a job, compared with 82.9% in November 2019, before the pandemic. Slightly more women dropped out of the labor force, and might return, which would be good news. And overall there was a slight tick up in November. Still, the proportion of the population willing to work has pretty much stalled since summer last year. People who retired earlier than they had planned probably make up a big chunk of those who have left, and after such a big lifestyle change are likely to be harder to tempt back to work.

If the workforce is permanently smaller as a result of the pandemic, that is a nasty hit to supply that should change how the Fed reacts. The economy will generate more inflation for any given level of demand, so rates will need to be higher than they otherwise would be with the same level of economic growth, forever.

Investors have a terrible history of judging politics. Instead, focus on the last three of these rationales, mentioned by Mr. Powell in his testimony to Congress two weeks ago. He didn’t explain which mattered most, and that is where you have to be careful.

Investors need to distinguish them. A Fed acting to prevent a short-term runaway inflation problem spiraling out of control means temporarily higher rates, but no long-term effect. A Fed tightening because of full employment means a series of rate rises until the next recession. And a Fed worried that workers may be absent forever means higher rates on average in the long run, but not necessarily much higher soon.

Unless all three apply, in which case we get much higher rates much sooner and that last much longer. Ouch.

Write to James Mackintosh at james.mackintosh@wsj.com