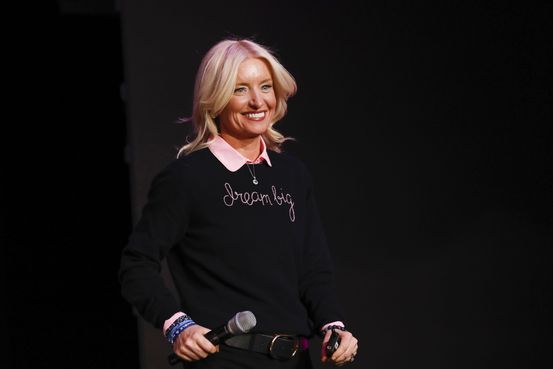 will leave the food-delivery company at the end of this year, about four months after she joined from

marking the second high-profile departure in recent months ahead of a possible public offering.

Ms. Everson, who announced the move on a Facebook post, was among several executives Instacart recruited from the social media company now known as

and part of a new management team that Instacart Chief Executive

has assembled this year. Ms. Simo herself left Facebook to take leadership of Instacart in July.

Instacart’s Ms. Simo said in a statement that the company is grateful to Ms. Everson for her contributions and that her departure was a mutual decision. Ms. Everson started at Instacart in early September.

Ms. Everson wrote in a Facebook post Friday that she is taking time off while she thinks about her next steps, as she turns 50 next Friday. Ms. Everson said that she and Ms. Simo agreed that her departure was the best decision for Instacart and for her personally.

“I cannot wait to watch and cheer on the journey and success of the team,” Ms. Everson wrote.

Ms. Everson spent more than 10 years at Facebook, overseeing relationships with advertisers. She started as president at Instacart with the role of leading the company’s retail, advertising and business development teams, among others. She was one of several high-profile hires from Facebook along with Ms. Simo and

Ms. Simo previously led the social media giant’s mobile and products teams, and had served on Instacart’s board before taking over as CEO.

San Francisco-based Instacart’s business boomed last year as people ordered more groceries online and avoided shopping in person, because of the pandemic. Grocery delivery remains expensive to operate, however, and the company has been looking for ways to offset costs by expanding its advertising business.

The company, which has said it plans to go public and currently has a valuation of $39 billion, also is broadening its grocery operations. Instacart has been expanding into 30-minute delivery with retailers such as

and Publix Super Markets Inc. The company has recently acquired a maker of automated shopping carts and a catering software company, looking to build out a range of services that Instacart has said will help supermarkets better compete against e-commerce giants such as

Instacart in July said that it would start building fulfillment centers for supermarkets over the next 12 months, in partnership with technology company Get Fabric Inc. The warehouses will be in or near grocery stores, with capacity for 10,000 to 50,000 items, according to Instacart.

In such fulfillment centers, the company will use robots to pull items from warehouses and have Instacart’s workers pack and deliver orders. Instacart currently deploys shoppers who grab products from grocery stores and drop them off at people’s homes.

Write to Jaewon Kang at jaewon.kang@wsj.com