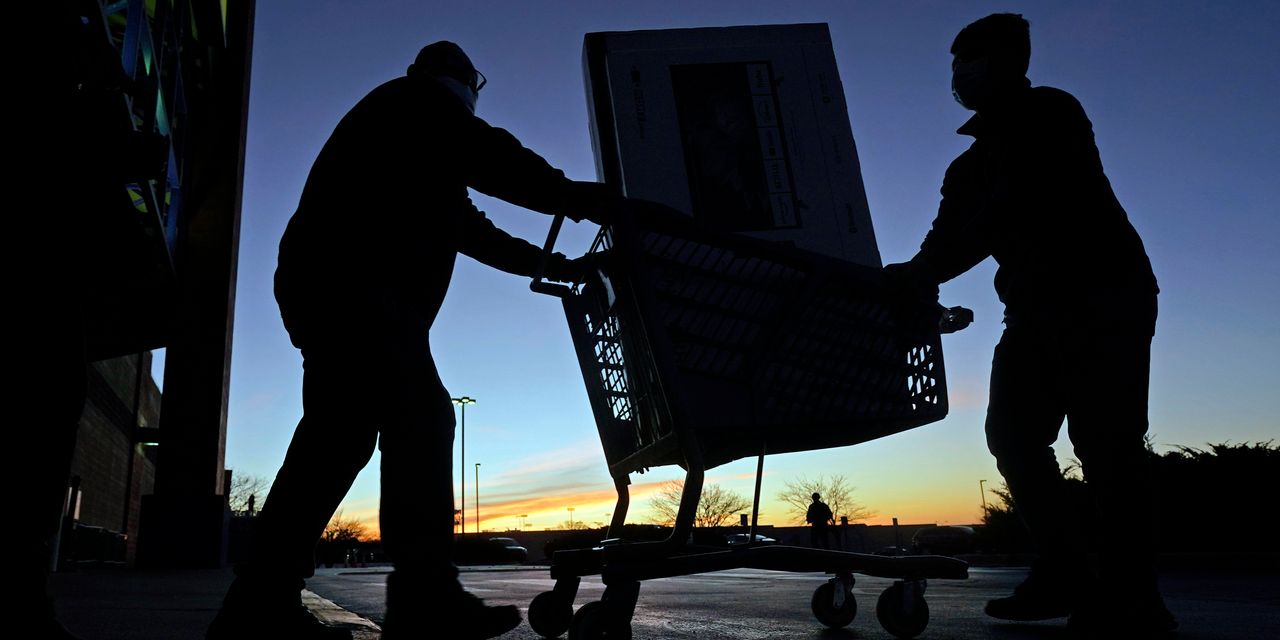 Inflation will probably cool next year, but it may still be plenty warm.

Right now, inflation is running hot. The Labor Department on Friday reported that consumer prices rose 0.8% in November from October, putting them 6.8% above their year-earlier level, marking the largest year-on-year increase since 1982. A chunk of that was from fuel costs, which have recently started slipping, but core prices, which exclude food and energy prices to better capture inflation’s underlying trend, were still up 4.9% on the year.

Food and energy aren’t all one might want to exclude. About 1.6 percentage points of the on-year increase in core prices came from new vehicle and used car and truck prices, for example. As semiconductor shortages ease and car production steps back up, it seems likely that new car prices won’t be going up very much, with used car prices probably slipping. Prices for other supply-constrained items, such as furniture and appliances, have also been notable contributors to inflation over the past year.

Of course, pointing out that those price gains are probably, in the Federal Reserve’s now-discarded term, “transitory” isn’t much solace for someone whose car broke down and needs to buy another one now. Moreover, stripping out prices that seem to be rising for this or that temporary reason can turn into something of a trap that prevents people from recognizing the seriousness of inflation until too late. Certainly if we are excluding used-car prices in an effort to capture inflation’s trend now, we better keep excluding them next year if they start to fall.

That said, it sure would be nice to know what the actual underlying trend will be, once pandemic-related disruptions are over. There is some evidence that the trend will be higher than it was before Covid-19 struck. Core services prices, which are less affected by bottlenecks than goods are, were up 3.4% in November from a year earlier, which marked the biggest gain since May 2007. To be sure, some of that is a reflection of price increases in pandemic-affected services such as car rentals, but after taking those things into consideration there still appears to be a shift higher.

Ultimately, the big determinants of where inflation goes in the future will probably be the extent to which workers’ wages keep climbing, and how successful businesses are at passing rising labor costs onto consumers. Considering how workers have increased their leverage, it seems likely that wage pressures will persist, and while profit margins could take a hit, companies might be able to raise prices at least to some extent. The recent run of high inflation numbers could end soon, but that doesn’t mean the world hasn’t changed.

Write to Justin Lahart at justin.lahart@wsj.com