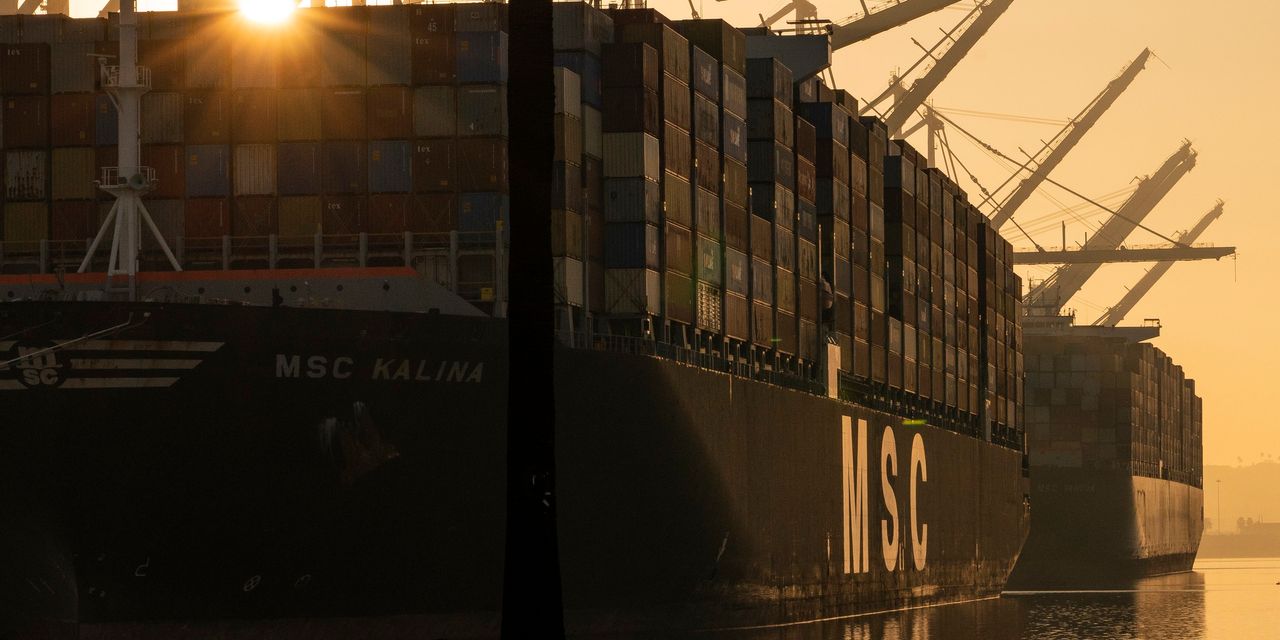 WASHINGTON—The pace of economic growth both in the U.S. and globally is likely to decline more sharply than previously expected, the International Monetary Fund says in its latest forecast, citing inflation, fallout from the Omicron variant and chronic supply-chain problems.

The global economy will expand a predicted 4.4% this year, the IMF said Tuesday in its World Economic Outlook. That figure is down from an estimated 5.9% in 2021 and is a downgrade of one-half of a percentage point from its last projection in October.

The decline will be steeper in the U.S.—4% in the coming year, a 1.2 percentage-point downgrade from the October estimate—the largest downgrade for any major country or major group of countries for which the IMF provides forecasts.

In explaining the U.S. downgrade, the IMF’s

cited the unexpected continuation of high inflation. She said that massive federal stimulus would be expected to lead to rising prices, but that persistent supply-chain disruptions are what propelled the numbers toward their highest level in a generation.

“You’d expect to see higher inflation but not the kinds of numbers we’re seeing at this point,” said Ms. Gopinath, the IMF’s former chief economist who last week took on a new job as its deputy managing director.

U.S. inflation topped 7% in December, according to an earlier Labor Department report, the highest reading since 1982.

What is your outlook on the global economy? Join the conversation below.

Ms. Gopinath said it may take time for the inflation and supply-chain situations to improve.

“The industry outlook is that supply disruptions will for the most part remain elevated until the middle of this year, and then gradually improve,” she said.

The U.S. outlook was also slashed because the Federal Reserve is planning to raise interest rates and because the economy is no longer likely to receive any boost from President Biden’s Build Back Better budget proposal which has stalled in Congress.

Based in Washington, D.C., the IMF is an international lender of last resort which is collectively owned by 189 member countries.

Its previous economic forecast was made before the Omicron variant of Covid-19 triggered a surge in infections and business disruptions. And while the IMF was aware of supply-chain disruptions last fall, they have been slower to resolve than anticipated.

“The longer they persist, the more likely they are to feed through to expectations of higher future prices and the larger the risk to the world economy,” the IMF said of the supply-chain issues.

The IMF estimates the damage has already been extensive, with disruptions to the global supply chain shaving 0.5 to 1 percentage point off global gross-domestic-product growth in 2021, while also adding 1 percentage point to core inflation, a measure which excludes volatile food and energy prices.

Ms. Gopinath said that some industries may recover more quickly. If the virus retreats, many consumers may shift their purchasing back toward services and away from goods, which could quickly ease the strain on some industries.

But other industries, like the semiconductor industry which requires massive amounts of investment to fix its supply chain, could remain disrupted for longer, she said.

While the U.S. economy was downgraded the most in the forecasts, a number of countries also saw significant downgrades. The IMF cut its outlook for China by 0.8 percentage points to 4.8%, noting that the problems in China’s real-estate sector have been a drag on its economy.

Growth in the eurozone was slashed by 0.4 percentage points, led by an 0.8 percentage-point cut to German growth. Germany, with its large manufacturing sector, is particularly exposed to the global supply-chain disruptions, the IMF noted.

Write to Josh Zumbrun at Josh.Zumbrun@wsj.com