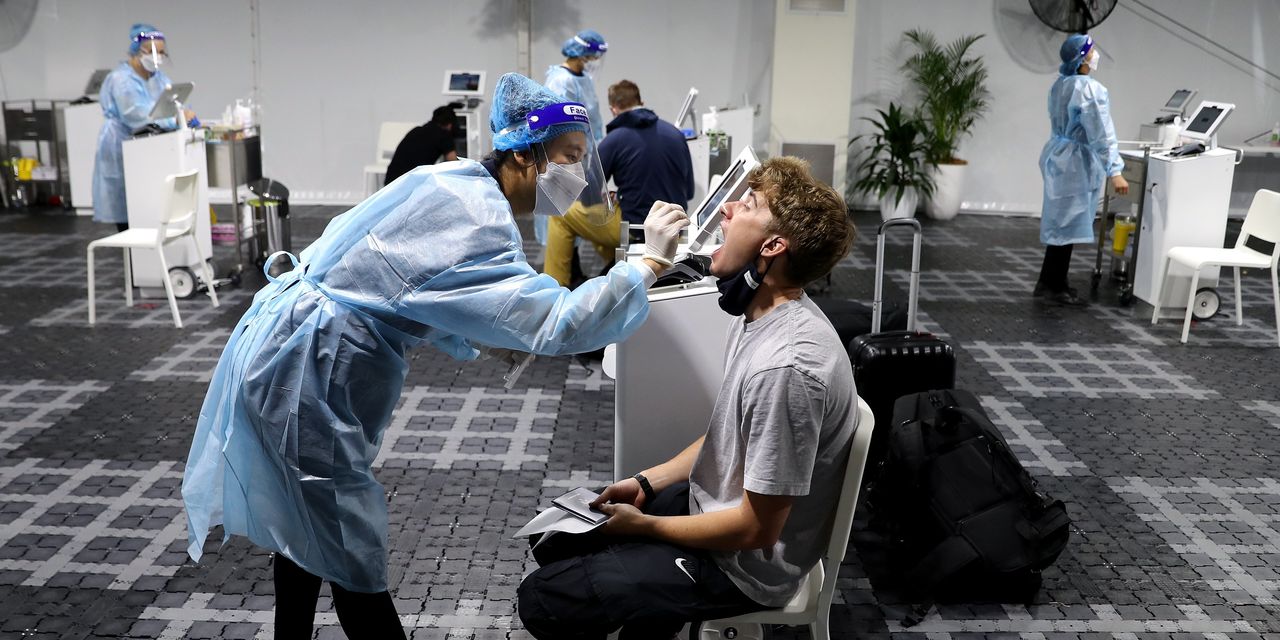 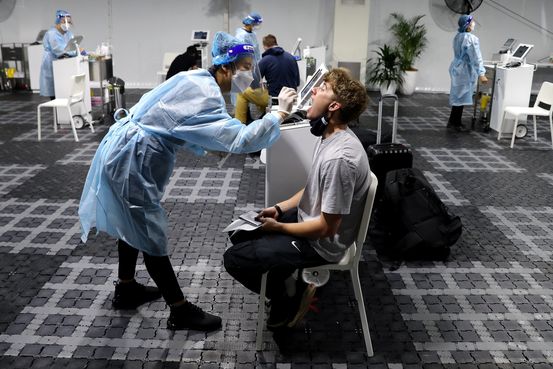 said their Covid-19 antibody treatment retained effectiveness against the Omicron variant in laboratory studies, even as early data suggests that similar treatments work less well against the highly mutated strain.

The results provide hope that at least one monoclonal antibody therapy—a form of treatment that has proven useful in blunting severe disease—will remain effective against Omicron, which has been detected in dozens of countries including the U.S. since it was identified by scientists in South Africa two weeks ago.

“We are confident that sotrovimab will continue to provide significant benefit for the early treatment of patients hoping to avoid the most severe consequences of Covid-19,” said

chief executive of Vir, in a statement. He added that sotrovimab was slightly weakened by Omicron, but that the difference wasn’t significant.

The result confirms earlier laboratory data suggesting that the drug worked against the variant. That data, published last week, showed that sotrovimab maintained activity against several of Omicron’s key mutations. Researchers at the companies confirmed the findings, which haven’t been peer reviewed, by testing the drug against the whole spike of Omicron. They did that by building a so-called pseudovirus—meaning they recreated the whole spike protein of Omicron on a different virus—and worked over the weekend to test sotrovimab against it, said Amanda Peppercorn, who leads Covid-19 monoclonal antibody development at Glaxo.

Omicron, which has around 50 mutations—an unusually high number—appears to spread more quickly than other strains, but there are early signs from a study in South Africa that it may cause milder illness. Scientists are testing whether it renders existing vaccines less effective.

Monoclonal antibodies mimic a part of the body’s immune response to the virus and are typically used at an early stage of infection to reduce the risk of serious illness. In a large clinical trial, sotrovimab reduced the risk of hospitalization or death by 79% in people with mild or moderate Covid-19 at high risk of progressing to severe disease.

Monoclonal antibody treatments target parts of the spike protein, where most of Omicron’s mutations lie, leading to concerns that these drugs could prove less effective against the new variant.

Glaxo and Vir say that sotrovimab was designed to target a spot on the spike protein that is also found in other coronaviruses and that they believe is less vulnerable to mutations. But the two other authorized monoclonal antibody treatments, from

Regeneron has said early studies suggested its treatment was blunted by the new variant and that it is conducting further testing to confirm that finding. The company says it has developed alternative antibodies that it thinks will retain effectiveness against Omicron that it can push into clinical trials if necessary. Lilly has said it is still conducting tests on its drug after outside scientists said it wasn’t as effective against the new variant.

Sotrovimab has been authorized in about a dozen countries, including the U.S., which has paid nearly $1 billion for hundreds of thousands of doses.

An experimental antibody therapy developed by

also appears to work well against the new variant, according to the biotech. Like sotrovimab, Adagio’s treatment targets a spot on the spike protein that is less likely to mutate. The Adagio drug is in late-stage clinical trials.

Glaxo is already assessing whether it could increase production of sotrovimab in the event that it turns out to be the only authorized treatment that retains effectiveness against the new variant, Dr. Peppercorn said last week.

Researchers are also racing to figure out whether the existing vaccines are rendered less effective against the variant.

which make mRNA vaccines for Covid-19, are working on Omicron-specific versions of their shots, which they say could be ready to ship in a matter of months if necessary.

Antiviral drugs also designed to prevent hospitalization, including pills from

& Co. with partner Ridgeback Therapeutics LP and from Pfizer, are thought to be less vulnerable to new variants because they target a different part of the virus. Neither are authorized by the Food and Drug Administration, though Merck’s drug is likely to be available soon after an expert advisory panel endorsed the treatment.

Write to Denise Roland at Denise.Roland@wsj.com