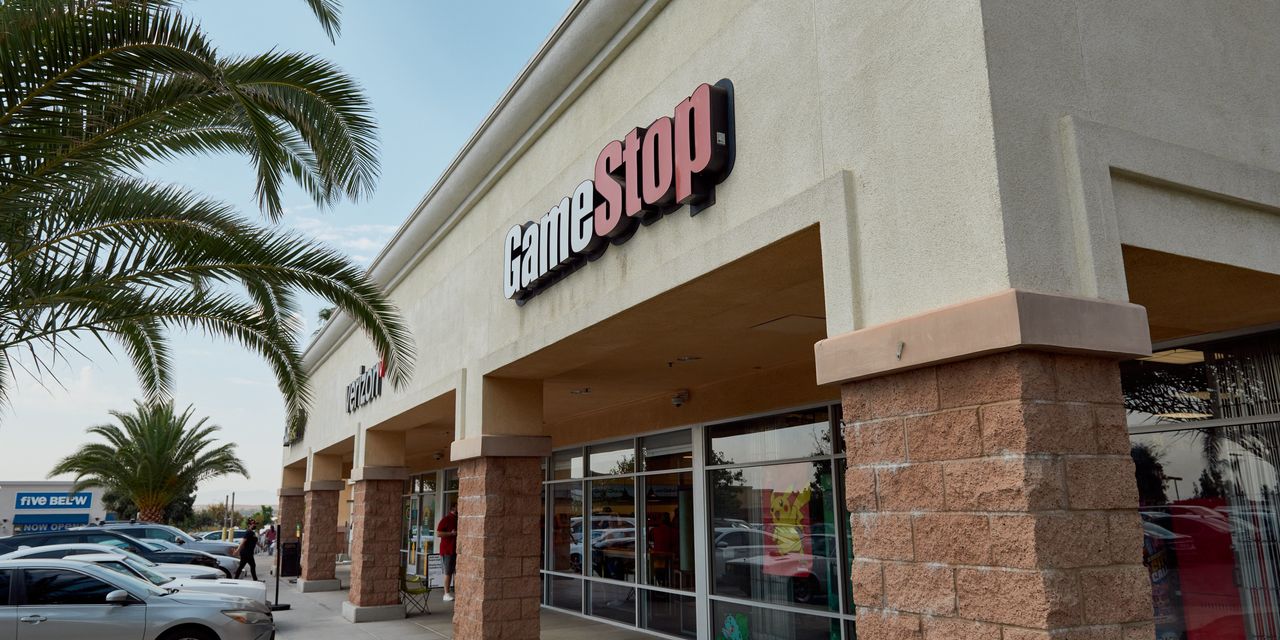 Gone are the outsize moves of early 2021, when the stock seemed to escape gravity. Owing to individual investors who banded together in online forums to send the stock soaring, GameStop rocketed at one point in late January to an intraday high of $483, a gain of 2464% from the price at which it closed out 2020.

Shares plummeted back toward earth in February only to soar and then fall in March and again in May and June.

Recent months, however, have been quieter for GameStop. Aside from a price increase last month, the stock has traded in a range from a low of about $170 to a high of roughly $220 since the end of August. GameStop shares closed Tuesday at $177.81, more than nine times their price at the end of 2020.

The company’s quarterly earnings report after the market closes Wednesday will present a chance for renewed volatility in the stock.

GameStop has reported a profit in just one of its past six fiscal quarters. In the three months that ended July 31, the company posted a loss of $61.6 million. The company has grappled with a shift by videogame consumers to buying games through digital downloads, rather than the hard copies in which it specializes. The company’s stock price continues to stay well above what might be expected for a company without consistent profits.

The stock’s relative stability has been a surprising turn of events for GameStop, a company widely credited with sparking the meme-stock mania that has gripped markets this year. While interest in many other stocks has risen and fallen after attention from individual investors, GameStop, in contrast, has seen more steady support. Many individual investors say they continue to hold shares they bought earlier this year, with some betting on the leadership of

In January, individual traders embraced the GameStop stock, in part in response to a high level of short selling. Short sellers bet against a company by borrowing shares and selling them, planning to buy them back later at a lower price.

From mid-August of 2020 through the start of this year, more than 100% of GameStop’s float—its shares that are freely tradable—was sold short, according to data from S3 Partners.

As the stock price soared, short sellers needed to buy the stock to limit their losses. The level of short interest plummeted. By the beginning of February, about 42% of the stock’s float was sold short. In recent months, that figure has hovered in the range of 10% to 12%.

GameStop short sellers have suffered $6.22 billion in mark-to-market losses in 2021, according to

Gamestop’s investors, sometimes dubbed “apes,” continue to hold the stock in a standoff against the remaining short sellers, said Michael Pachter, an analyst at Wedbush Securities.

“Demand for the shares is keeping it there because the apes are convinced that shorts will keep piling in,” he said.

Individual investors have continued to invest money into the stock, totaling nearly $669 million on a net basis for 2021, according to data through Dec. 6 from Vanda Research’s flow tracker VandaTrack.

Individual investors continue to chat about the stock on social-media platforms. Many still cheer the stock on and encourage other traders to buy or hold. GameStop was the third-most mentioned stock on Reddit’s WallStreetBets forum in the 24-period between Monday and Tuesday afternoon, according to SwaggyStocks, a website that tracks stock-ticker mentions and sentiment on the subreddit.

And though most of the heavy buying activity from individual investors occurred at the start of this year, VandaTrack data show that the group has also largely avoided selling, with most trading days seeing net inflows into the stock. November marked the first month where individual investors pulled more money out of GameStop than they put in, with investors selling nearly $1.3 million on a net basis during the month, VandaTrack data show. Already, however, the stock has recouped those losses in the first four trading days of December.

What’s your outlook for GameStop? Join the conversation below.

During two periods in October and again on Monday, GameStop shares fell toward or slightly below the $170 mark before changing direction and heading higher.

That pattern might be prompting investors to bet that when the stock dips to that level, it will rebound higher, said Matthew Tuttle, chief executive and chief investment officer at Tuttle Capital Management, who has previously held GameStop shares in an exchange-traded fund.

“These guys look at the charts and they see, hey, every time it hits 170, it bounces,” he said.

Write to Karen Langley at karen.langley@wsj.com and Caitlin McCabe at caitlin.mccabe@wsj.com