For a Taliban-Ruled Afghanistan, and the Rest of the World, a Crisis Looms 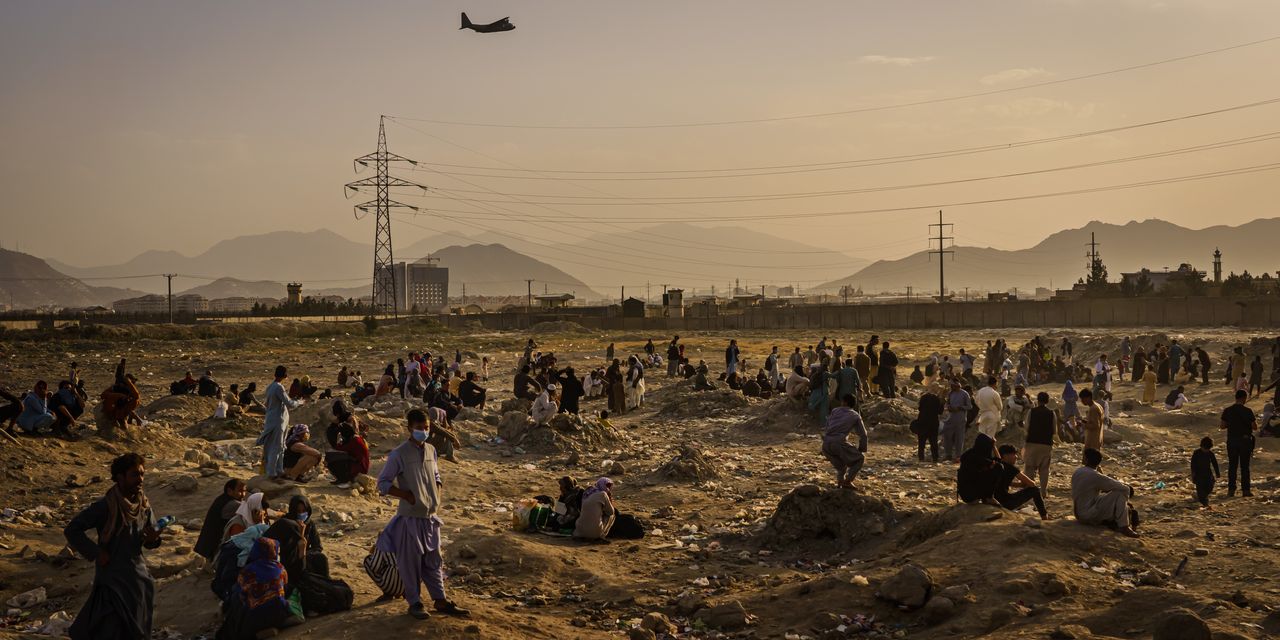 Afghanistan is heading into one of its most difficult years.

The new Taliban administration, devoid of international recognition and cut off by the U.S. from the global financial system, is struggling to restart an economy that has shrunk by more than 40% since the American withdrawal in August. The worst drought in decades, combined with the suspension of many foreign-aid projects, means that millions of Afghans could face starvation in coming months.

“We are on the brink of a humanitarian catastrophe that is preventable,” says the United Nations representative to Afghanistan,

Capitalizing on growing discontent, particularly in eastern and northern Afghanistan, the extremist Islamic State group already is launching nearly daily attacks that target the Taliban and the country’s Shiite minority. That terrorism threat, combined with the Taliban’s so-far unyielding position on issues such as women’s education, means that most Western embassies that escaped the country in August won’t be returning soon.

The only question amid this bleak landscape is to what extent Afghanistan’s crisis can be contained within Afghanistan in 2022.

Will the looming famine prompt millions of Afghans to try to reach Europe on foot, the way millions of Syrians did in 2014-2015? Will Islamic State garner enough strength to start launching attacks on Western targets from within Afghanistan? And will the year see a record-breaking outflow of opium and other illicit drugs, now the main livelihood of desperate farmers in many parts of the country?

Past experiences suggest that the fallout will inevitably spread beyond Afghanistan’s immediate neighborhood.

Historically, Afghanistan has gone through cycles of intense American interest, followed by years of neglect that produced dramatic consequences down the line. In the 1980s, Washington invested great effort and capital into fostering the mujahedeen resistance against the Soviet-backed government in Kabul. Then, it turned away when the Soviet Union collapsed in 1991. Backed by regional proxies, victorious mujahedeen engaged in a long and bloody civil war that eventually spurred the Taliban’s rise and led to the Sept. 11, 2001, attacks.

Now, after two decades of intense military and diplomatic engagement, the temptation in Washington—and other Western capitals—is to tune out once again. Maintaining the status quo policy of sanctions on Taliban-ruled Afghanistan and minimal engagement with Kabul’s new authorities requires little immediate expenditure of political capital, even though it may be the riskiest approach over the long term.

“The West wants to punish the Taliban, but the economic chokehold is self-defeating,” says

co-author of a recent report on Afghanistan by the International Crisis Group conflict-resolution organization. “History shows that ignoring Afghanistan allows problems to fester and grow. Migration, terrorism, drugs: All of these issues could destabilize the region and spill over into Europe.”

The Taliban, of course, are playing up such concerns to win a reprieve from sanctions, and to persuade Washington to unfreeze more than $9 billion in Afghan central-bank assets.

“The suffering of a child from malnutrition, the death of a mother from lack of health services, the deprivation of a common Afghan from food, shelter, medicine and other primary needs has no political or logical justification,” the Taliban government’s foreign minister,

wrote in a recent open letter to the U.S. Congress. “If the current situation prevails, the Afghan government and people will face problems and will become a cause for mass migration in the region and world which will consequently create further humanitarian and economic issues.”

Taliban fighters drive an American humvee through a Kabul neighborhood as they and their comrades take over the city on Aug. 15.

Wazir Nazari was shot in the face, taking both of her eyes, by Taliban fighters going door-to-door in her village in the Malistan district of central Afghanistan’s Ghazni province in early July, her father said.

The camp in Saray Shamali Park in Kabul for people fleeing fighting in the north of the country, Aug. 12.

Yet, in their talks with the U.S. and other Western nations so far, the Taliban have proved reluctant to yield on demands to respect women’s rights or to create a more inclusive government, key conditions for international acceptance of the regime. The Taliban’s current administration is made up almost exclusively of ethnic Pashtun clerics who played a prominent role in the 20-year insurgency, including several men designated by the U.S. as global terrorists

In making appointments, be it in Kabul or the provinces, the Taliban so far are mostly motivated by a desire to maintain cohesion within the ranks and reward their fighters rather than concerns about winning over the remainder of Afghanistan’s population and delivering services. As the economy continues its free fall and discontent deepens, such a strategy is bound to backfire, the Taliban’s opponents warn.

“Winter is upon us and the Taliban are asking people who don’t have anything to eat themselves to feed them,” says

a former warlord of the Hazara community who is currently exiled in Turkey. Politicians like him, he says, aren’t calling for armed resistance because they want to give the Taliban a few more months to deliver on past promises of sharing power with other Afghan political forces. But, Mr. Mohaqeq adds, such patience is wearing thin. “People are under pressure. Eventually, they will rise up.”

Mr. Trofimov is the chief foreign-affairs correspondent of The Wall Street Journal. He can be reached at yaroslav.trofimov@wsj.com.