Flash-Mob Thefts Planned on Snapchat and Other Apps, Police Say 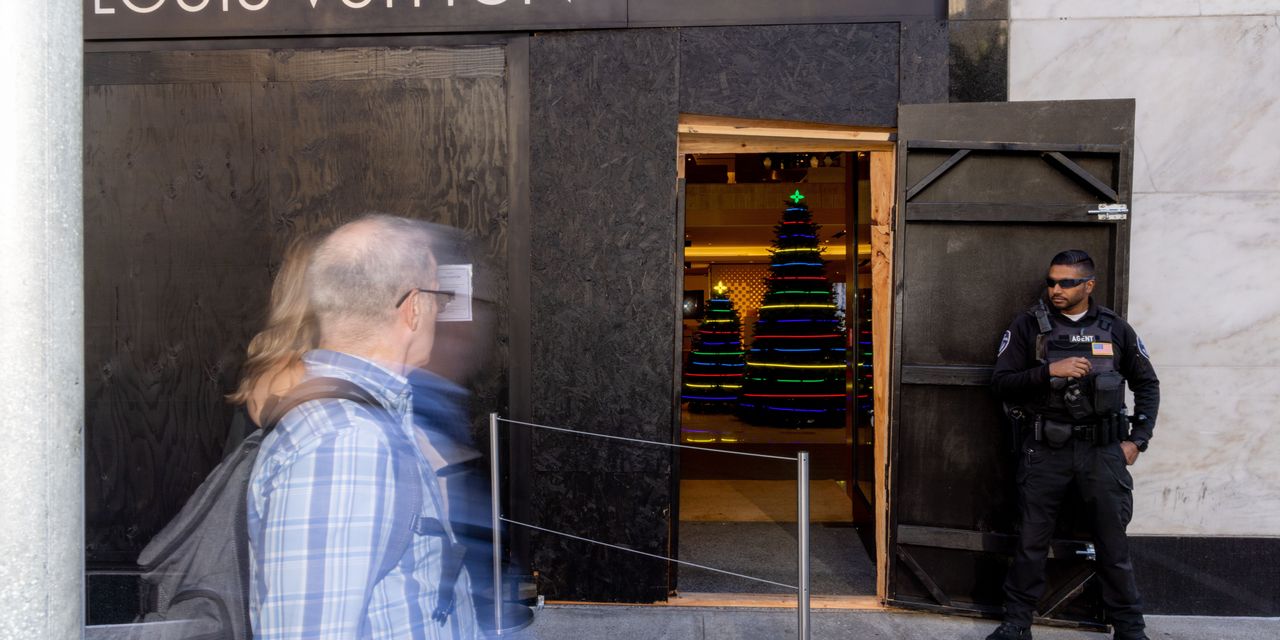 SAN FRANCISCO—A recent rash of thefts by fast-moving mobs at stores in the Bay Area and outside Minneapolis were organized on social media and committed by people who often didn’t know one another, according to law-enforcement officials investigating the incidents.

Snapchat was among the social-media apps and messaging services used by thieves in the Bay Area, one of the law-enforcement officials said.

The organizing tactics, which police say they haven’t seen before, make it difficult to catch or identify perpetrators, that official said. When suspects are arrested, they often don’t have names or information about others who were there.

“This isn’t ‘The Godfather’ by any stretch,” said Steve Wagstaffe, the San Mateo County, California, district attorney who is part of a newly formed alliance of Bay Area prosecutors tackling organized retail theft. “It’s the modern version of ‘Hey, there’s a party tonight’ and suddenly you have 100 kids showing up.”

said the company has looked into the issue and hasn’t found evidence of such activity on its app. She said that promoting harm of property on Snapchat would be a violation of its policies and terms of service.

Three of the estimated 90 people who overran a

store in the wealthy Bay Area suburb of Walnut Creek, Calif., on Nov. 20 have been arrested, according to Walnut Creek police. The thieves stole more than $100,000 of merchandise in one minute before escaping in 25 separate cars that had their license plates removed or covered, prosecutors said.

In San Francisco, five people were arrested in connection with the Nov. 19 smash-and-grab burglary by 20 to 40 people at a

store, according to San Francisco prosecutors.

Police in the Minneapolis suburbs, where a large group of thieves hit three separate

stores on Nov. 26, have identified some suspects but made no arrests, said Lt. Joe Steiner of the Maplewood Police Department.

All the incidents were organized on social media, according to local law enforcement.

Law-enforcement officials say loosely organized groups known as flash mobs come together to commit the thefts after someone posts a target and a time on social media.

The officials declined to provide details on how they believe people are finding the posts, which might be in private social-media groups.

Similar crimes also occurred at stores in Los Angeles, Chicago and other parts of the Bay Area. Los Angeles police, who have made several arrests, declined to comment on how the thefts were organized.

The incidents come as social-media companies are facing multiple regulatory investigations, as well as congressional hearings, related to potentially harmful and illegal activity taking place on their platforms.

The law-enforcement official who said Snapchat is being used said some suspects might like the app’s feature in which messages disappear. Other social-media apps feature encryption, the person said.

Investigators say they believe the recent string of thefts in the Bay Area were timed around the verdict in the trial of Kyle Rittenhouse, a teenager who was acquitted on Nov. 19 of charges in the killing of two people during unrest in Kenosha, Wis., last year. They theorize that robbers planned the thefts at that time because police would be distracted by preparations for possible protests over the verdict.

In response to these incidents, police have stepped up patrols in retail corridors across the U.S. Retailers in San Francisco’s Union Square, a shopping and tourist destination, have boarded up their glass windows.

The three suspects arrested in the Walnut Creek Nordstrom’s case have been charged with several crimes, including second-degree robbery and organized retail theft. They haven’t entered pleas, and a spokesman for the Contra Costa County public defender’s office said that none of them have been assigned attorneys.

Five suspects in San Francisco’s Louis Vuitton case have been charged with multiple felonies, including looting during a state of emergency and grand theft.

Richard Shikman, an attorney for one of the suspects, 28-year-old Kimberly Cherry, declined to comment on the specific charges. He said he doesn’t believe the 20 to 40 people were part of a tightknit group. “This isn’t like an organized thing where everyone knows each other,” he said.

He said he didn’t know about the use of social media to plan the robberies.

All five have entered not-guilty pleas.

Property crimes including theft are starting to rise in some major cities such as San Francisco and Los Angeles after falling during the first year of the Covid-19 pandemic. In San Francisco, property crime is up 10% this year through the first week of December from the same period last year, but down 15% from 2019.

by a Minneapolis police officer. In one example, more than 70 new cars were stolen from a Dodge dealership in San Leandro, Calif., on the night of May 31, 2020.

Similar crimes occurred on Nov. 3, 2020, the night of the presidential election, when several marijuana businesses were overrun by large groups of armed robbers in Oakland.

The officials said they don’t know whether those incidents were organized on social media.

Police agencies around the Bay Area banded together, and promised to share information on such crimes after the election-night robberies. Under the new information-sharing arrangement, Walnut Creek police received an alert on the evening of Nov. 20, 2021, about the potential for an organized retail theft in the area, local police officials said at a city-council meeting last week. There were no details about the location or the target. Within minutes, the Nordstrom had been overrun.

Write to Zusha Elinson at zusha.elinson@wsj.com