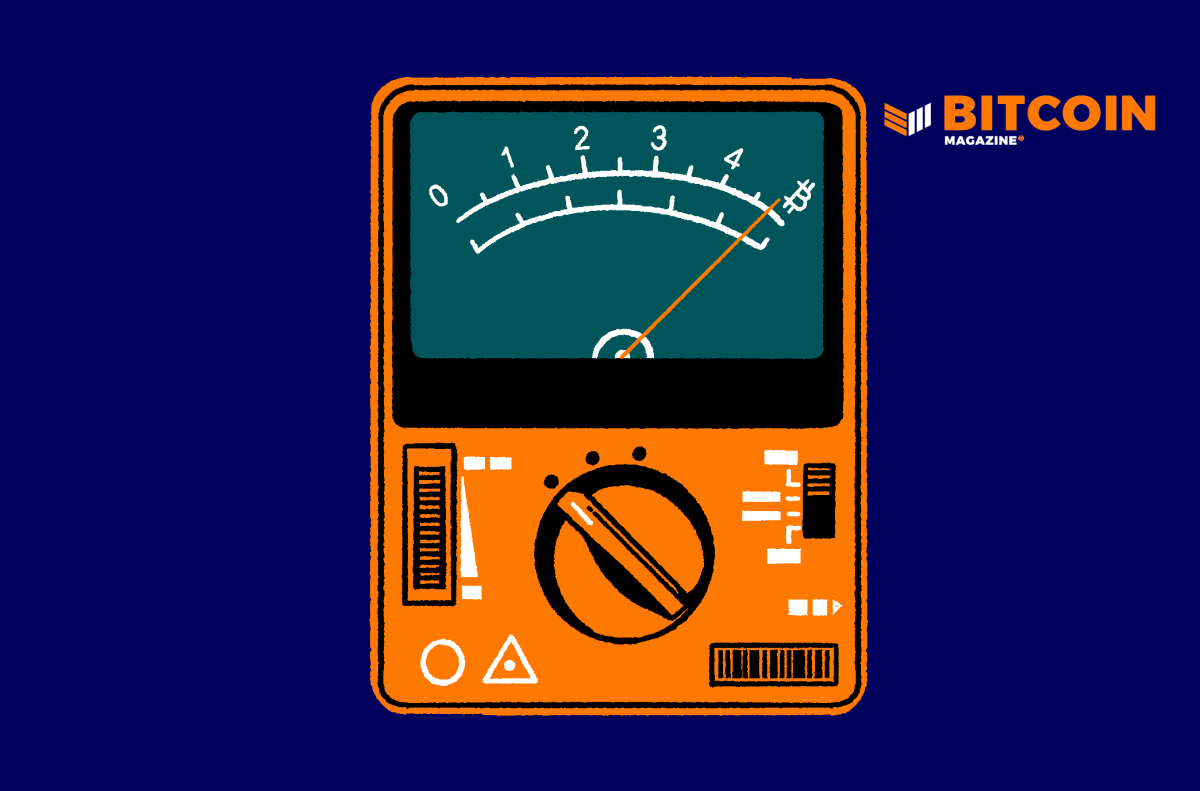 This is an opinion editorial by Trent Dudenhoeffer, a certified financial planner at Watchdog Capital.

Believe it or not, bitcoin is money.

This may be a hard sell to many of us in the Western world, specifically here in the United States. I get it; the dollar is the reserve currency of the world. Yes, there is inflation, but it’s not that bad, despite today’s inflation being the highest it’s been in more than 40 years.

I don’t know about you, but the ever-decreasing value of my dollars is one of the reasons I learned about bitcoin in the first place. Whoever said we needed to have inflation? John Maynard Keynes did, by the way, and it’s the economic theory taught in schools throughout the nation.

My point is it can be difficult for Western civilization to understand why bitcoin is important. Many are blinded by the “strength” of the dollar and are unable to appreciate bitcoin’s utility.

To jog your memory, let’s go through five examples of what bitcoin can do that the dollar, other fiat currencies and gold cannot.

The theme of censorship has been in the spotlight over the last decade, and especially relevant in the last handful of years.

Twitter deplatformed a sitting president of the United States.

COVID-19 origination theories — once viewed as heresy — are now largely accepted as valid. Believing in this theory earlier led to the deplatforming of many prominent people, including legitimate, respected doctors.

And this is just what’s happening on social media. What happens when your money is censored?

Look no further than the Canadian trucker protest that took place in early 2022. The Canadian government sought to require vaccination of every trucker that entered its country. At the sight of this obvious intrusion of human rights, the truckers decided to protest the mandate by essentially closing the capital city of Ottawa by blockading the streets.

One thing led to another, and before you knew it, the Canadian banking system began to “turn off” the money of every person involved in these protests. That’s right. Whether you were a trucker yourself, donated some money to the efforts or passed out food, you were on the hit list and you had your money turned off. Frozen. It was there, but you couldn’t do anything with it.

Today, it’s a trucker protest. What if it’s a women’s rights protest next? A protest against abuses by a country you’re allied with? Who decides?

Bitcoin sure as heck doesn’t. Bitcoin doesn’t care about the color of your skin, your political affiliation, the country you’re in, what videos you watch on YouTube, etc. If you play by the same rules that everyone else plays by, you can use bitcoin.

This is one reason why thousands of people donated bitcoin to the Canadian truckers’ cause. It was money that no one, not even the government or banking system, could stop. More than 21 bitcoin was raised in the effort by 5,000 donors, at the time totaling nearly $1 million in support.

2. You Can Take Your Bitcoin Anywhere Without Anyone Else Knowing

Jurisdictional arbitrage will become more prevalent with political parties leaning further to the extremes here in the United States, as well as across the world. You see polarization, capital controls and capital flight taking place every day:

As a citizen, sometimes you must act fast or risk being too late to flee, but how do you move an entire household of trinkets and things with you as you leave? How do you cross borders with wads of cash falling out of your pocket or gold ingots weighing you down?

The answer is simple: you don’t. Good luck getting anything of value across borders without it being confiscated. But you can move your bitcoin and if you do it correctly, you can move it with no one else knowing and without any evidence.

All you need to do is maintain 12 (or in some cases 24) words. These words can represent your entire livelihood and are known as a seed phrase. By having these words, you can bring your wealth anywhere in the world.

That’s what Laleh Farzan did. After receiving threats from the Taliban in 2016, she fled to Germany. Most of the time, when you flee a hostile area such as Afghanistan amid chaos, you’re bound to run into thieves and/or unrelenting governments. The emigrants typically leave with nearly zero possessions.

But for Laleh, she was able to store her wealth via her seed phrase. It was contained on a tiny piece of paper which thieves and others disregarded. Once she arrived in Germany, she was able to sell a portion of her bitcoin for fiat to pay for everyday expenses.

3. Bitcoin Mining And The Energy Grid Are Match Made in Heaven

Bitcoin mining requires a great deal of energy. Talking heads on the news have parroted this line plenty of times. It’s supposed to consume all the world’s energy by 2020 (how’d that work out?).

One might argue, the more energy bitcoin consumes, the better.

Bitcoin miners act as an energy consumer of first and last resort. Essentially, they will always buy (use) energy if it’s available to them. What most don’t know about our modern energy grids is that this type of reliability and consistency is extremely helpful. Rather than having to plan for energy demand peaks and troughs, energy producers can simply provide energy without worrying that no one will use it.

Not only do miners stabilize grids, but bitcoin mining encourages using the most efficient energy sources available. As a miner, your profit and loss statement is very easy to decipher: your revenue is the bitcoin you mine, your expenses (for the most part) are the energy required to mine it.

As a business owner, you ideally want to increase revenue and decrease expenses to beef profits. Besides mining more bitcoin, what’s the easiest way to increase profit? Lower your expenses, aka your cost of energy. What’s the cheapest energy available to us? Energy that comes naturally: solar, wind, hydro, etc.

Bitcoin is ushering in new developments and innovation in green energy, and even more importantly, wasted energy.

Bitcoin miners attempt, as best as they can, to mine with energy that would otherwise be wasted. It’s a win-win for both parties. The miner gets cheap energy and the energy producer sells energy that otherwise would have not produced any revenue. A great example of this is flared gas mining. When I first saw a video of miners using flared gas, I knew it was a game changer. It makes sense for every single producer on earth to plug in a bitcoin miner to earn more revenue and decrease emissions. It’s a no-brainer.

Did you know that an estimated 60% of energy produced is lost before reaching the consumer? Bitcoin miners will happily buy the otherwise wasted energy from producers, thus allowing the producers to earn more revenue as well as provide reliable expectations for supply and demand.

It’s only a matter of time before miners fully integrate themselves with energy markets.

Ever needed banking services after 5:00 p.m. or on a weekend? Pretty inconvenient, right? In a world of globally connected markets and on-demand everything else, why haven’t our financial services been held to the same availability standards?

Bitcoin has an up-time of 99.99%. Spanning more than 12 years, the Bitcoin network has only experienced a cumulative 14 hours of downtime.

24/7, 365. No holiday closures. No circuit breakers during volatile times. Tick tock, next block.

5. Micropayments And The Ease Of Internet Commerce

Commerce occurs on the internet rather than meat space more and more as the years go by.

I’m not going to focus on commerce that requires a product to be physically shipped to your house in this post, but what I want to talk about instead are products and content that you consume directly on your computer.

Bitcoin, and its scaling layers, such as the Lightning Network, are going to disrupt e-commerce with internet-native micropayments.

There is a growing trend in the space known as value-for-value. Let’s look at Fountain as an example. Fountain is a podcast app that is built directly above Bitcoin’s base layer on the Lightning Network. While using Fountain, podcast listeners can load up a Lightning wallet and stream tiny portions of a bitcoin — known as satoshis, or sats — directly to the content creator. These streams may be as small as five sats per minute, which today has a value of $0.0011.

Content creators can now rely exclusively on their audience to fund their venture if they prefer. Many podcasters appreciate this idea to align their own incentives with their listeners: zero product shilling, zero false advertising, etc. This also allows for a more engaging experience between the two parties.

Another fantastic use case for bitcoin in internet commerce is those pesky paywalls. Let’s use the Wall Street Journal again as an example. I rarely ever read the Wall Street Journal, but let’s say one article catches my eye that I desperately want to read. Then I encounter a paywall. 99 out of 100 times, I’m going to exit the window and forget about the article.

The odds of me getting my wallet, typing in my credit card info, all my other personal information and likely having to sign up for a monthly subscription are next to zero.

With the Lightning Network, the Wall Street Journal may put up a paywall using BTCPay Server. In this instance, I can whip out my Lightning wallet, scan the QR code, pay the invoice and begin reading the article. The whole process may take less than 30 seconds without the publication having any clue who I am or where I live. This avenue of billing could expand the Wall Street Journal’s reach considerably, keep the one-time readings affordable and respect their viewers’ privacy.

Although these types of transactions aren’t nearly as world-changing as some of the other points mentioned above, it’s another arrow in Bitcoin’s quiver. Another real-world use case that bitcoin does worlds better than our current system.

No, bitcoin isn’t dead. This isn’t the first bear market and it certainly won’t be the last.

Too many are fixated on bitcoin’s fiat price. What most don’t realize is that bitcoin continues to work just as advertised. It’s reliable, open to all and there are no rulers — only rules.

Bitcoin is objectively better money. I look forward to everyone else coming to this realization.

This is a guest post by Trent Dudenhoeffer. Opinions expressed are entirely their own and do not necessarily reflect those of BTC Inc. or Bitcoin Magazine.