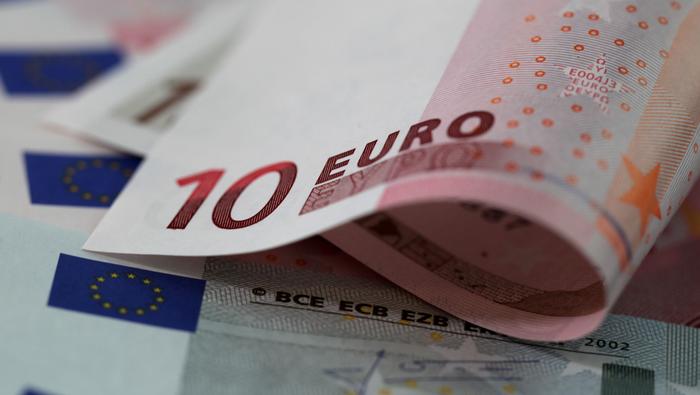 The Euro, for the most part, has been moving sideways the past few weeks, and on that price action is looking like it is carving out a potential corrective pattern within the context of an ongoing downtrend. The low earlier in the week created the possibility of a higher low from the November low, but if resistance holds we could then see a lower-high form from the November 30 spike.

This higher-low lower-high sequence could form a wedge, and the wedge would be developing at an important point of resistance. The slope running down from the middle of June has solid connecting points. It was once a good source of support, but since it broke in mid-November it has become a source of resistance.

Triangles/wedges within the context of a strong trend can work as either continuation or reversal style patterns. This is why the most conservative approach to trading them requires being patient and waiting to see which side confirms.

A breakdown out of a developed wedge will have small support at 11227 followed by a more meaningful level in the November low set at 11186. A breakdown below 11186 would then clear a path towards major support at 11000.

Aside from 11000 being a psychological level, down there lies a trend-line from 2000. If one were to reconstruct the Euro prior to its existence with its constituents (namely the Deutschemark), you can extrapolate the trend-line back to the 1980s.

The trend suggests that we will see it sell off towards the 11000 low, but we can’t rule out a reversal higher that at least extends the current corrective period. A break out of the wedge would have EUR/USD back above slope resistance. A daily close above 11382 is seen as confirming this scenario. A rally towards 11500 and the trend-line from May could come into focus.