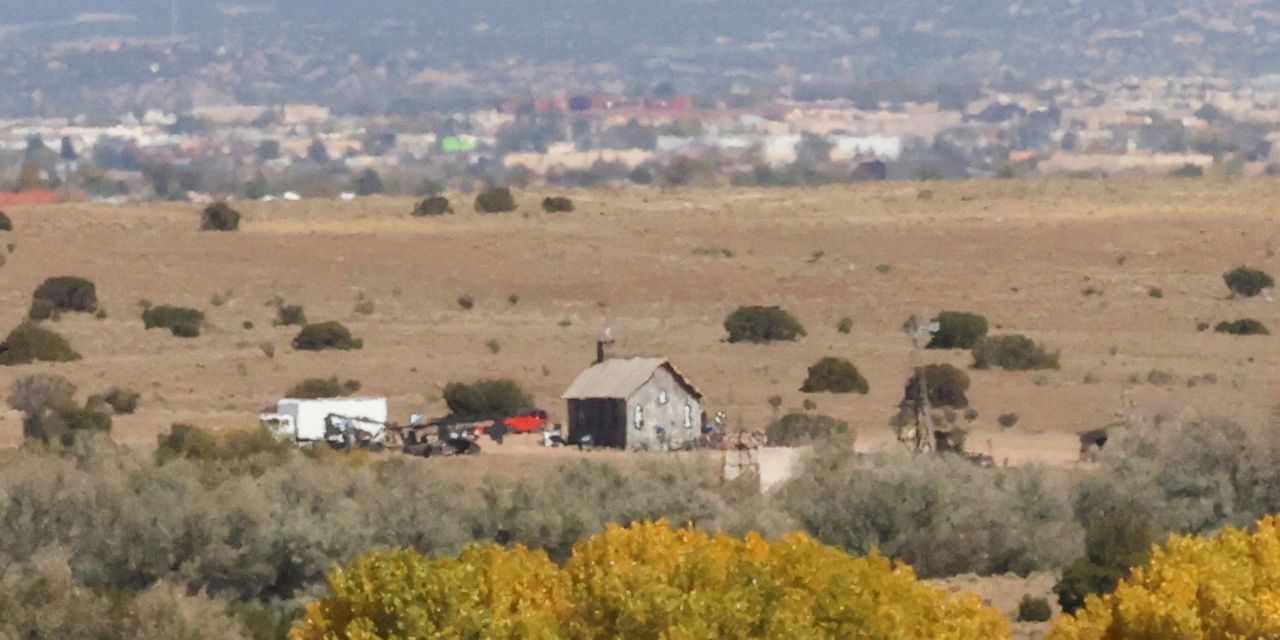 Conflicting narratives have emerged from the cast and crew of the film “Rust” about what led to a fatal shooting on the set.

In a flurry of recent interviews and lawsuits, star and producer Alec Baldwin and several crew members have come forward with differing accounts of the Oct. 21 shooting in New Mexico that killed cinematographer Halyna Hutchins and wounded director Joel Souza.

Even who handed Mr. Baldwin the gun that he fired in the incident has been called into question.

Meanwhile, the Santa Fe County Sheriff’s Office in recent days asked key players to turn over their cellphones, as part of its investigation.

Mr. Baldwin’s attorney said the actor will continue to cooperate with authorities and was willing to turn over the phone, but needed to “protect his privacy on unrelated matters.” The attorney said the sheriff’s office agreed to return the phone, but intended to retain a “complete image” of the contents. As a result, Mr. Baldwin’s attorney asked that the sheriff obtain a warrant for the phone to limit investigators’ review to contents on the phone that are related to “Rust.”

A spokesman for the sheriff’s office said it wasn’t unusual for investigators to ask individuals to voluntarily turn over such property, and declined to discuss specifics.

Investigators are sifting through increasingly divergent accounts of what happened that day, including from Mr. Baldwin, Mr. Halls and Ms. Gutierrez Reed, who have all said they aren’t responsible for the shooting.

Jason Bowles, an attorney for Ms. Gutierrez Reed, said that no one had told his client that Mr. Baldwin was doing an impromptu scene rehearsal with the gun the afternoon Ms. Hutchins was shot, and that Ms. Gutierrez Reed should have been alerted. If she had been called into the church where the rehearsal was taking place, she would have inspected the gun and rounds again, as was her protocol, Mr. Bowles said, and would have instructed Mr. Baldwin on gun handling, including telling him not to point the weapon at anyone.

Ms. Torraco said that she reviewed audio of Mr. Halls’s interview with the sheriff’s office, and that his actions were described inaccurately in search warrant affidavits.

“Halls never grabbed the gun off the prop cart and handed it to Baldwin. Never. It didn’t happen,” she said.

In an interview with ABC News that aired earlier this month, Mr. Baldwin said he didn’t pull the trigger of the gun that killed Ms. Hutchins and wounded Mr. Souza. Mr. Baldwin said he pulled back the gun’s hammer and let it go, and the gun went off. Mr. Baldwin also said he has been told it was “highly unlikely” he would face criminal charges.

He also said he never pointed the gun at anyone, didn’t feel responsible for the shooting and stressed how careful he is with firearms. He told his interviewer, George Stephanopoulos, that he was speaking out now because he didn’t want to wait for the results of the investigation to tell his version of events.

In a lawsuit filed in November against the film’s producers, which includes Mr. Baldwin, script supervisor Mamie Mitchell had a different take on Mr. Baldwin, and accused him of acting recklessly with the gun prior to discharging it. Ms. Mitchell’s suit, one of two that have been filed by crew over the incident, alleges there were poor safety protocols on set.

The company created to produce the film, Rust Movie Productions LLC, has previously said that it is conducting its own investigation into the circumstances of the shooting. The production company hasn’t commented on any lawsuits.

Family of the crew have also waded into the mix. Thell Reed, the father of Ms. Gutierrez Reed who is also an armorer, or gun handler, recently gave an interview to ABC’s “Good Morning America” defending his daughter. He also told investigators to focus their efforts on Seth Kenney, who supplied props for the movie, including guns and ammunition, through his PDQ Arm & Prop LLC business, according to a sheriff’s search warrant affidavit.

Mr. Kenney told investigators that reloaded ammunition—live rounds made by installing primer, gunpowder and a bullet into an empty casing—could have ended up on the set along with dummy rounds and blanks he had provided for the movie, according to a search warrant affidavit.

Mr. Kenney said on Dec. 2 on “Good Morning America” that “it’s not a possibility that they came from PDQ or from myself personally.”

The spokesman for the Santa Fe County Sheriff’s Office didn’t immediately respond to a request for comment on Mr. Kenney’s assertions.

Members of the crew have also been sniping at each other. Lane Luper, a camera operator who walked off the set prior to the shooting over a dispute with producers, has been interviewed by news outlets and complained that there were lax safety protocols and general sloppiness on the set, painting a picture of a chaotic atmosphere.

Last week, after Mr. Baldwin’s ABC interview, Mr. Luper and others from the film team issued a statement through an attorney saying, “Alec Baldwin, David Halls, Hannah Gutierrez Reed and the producers of ‘Rust’ are attempting to avoid personal responsibility through unfounded claims and scripted narrative.”

This week, other crew and cast members issued their own statement in response, advising not to let the words of “a few disgruntled employees” affect a view of the entire team. Descriptions of a dangerous and exploitative workplace are false, the statement said. Mr. Baldwin posted the letter on his Instagram account.

“Everyone involved in the handling and use of firearms on the set had a duty to behave in a manner such that the safety of others was protected, and it appears that certain actions and inactions contributed to this outcome,” she said. “Once I have had the opportunity to review the complete investigation, certain individuals may be criminally culpable for his/her actions and/or inactions on the set of Rust.”

Write to Dan Frosch at dan.frosch@wsj.com, Joe Flint at joe.flint@wsj.com and Katherine Sayre at katherine.sayre@wsj.com