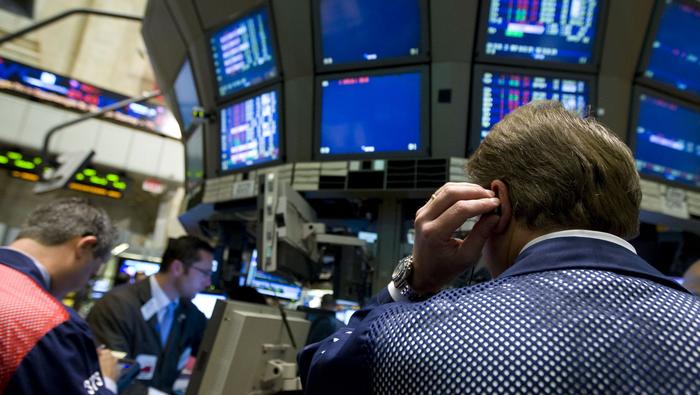 The S&P 500 had a wicked drop and reverse yesterday, one that may put in a short-term low but fail to hold as a meaningful low looking out over longer time-frames. The decline off the early month record highs may indeed be the “shot across the bow” before a larger decline unfolds.

Keep in mind that the market has become conditioned to believe each dip holds an opportunity to get long and benefit from new highs, and maybe that holds true again this go-around, but one of these times that notion will be tested and fail. If we see the market recover over the next few days to few weeks, but then start to fizzle, behavior will have changed and we could be setting up for another nasty leg lower.

Levels to watch on the top-side as resistance arrive at 4495, 4531, followed by 4582, the last likely level to get tagged on a bounce if a continuation lower is to unfold. 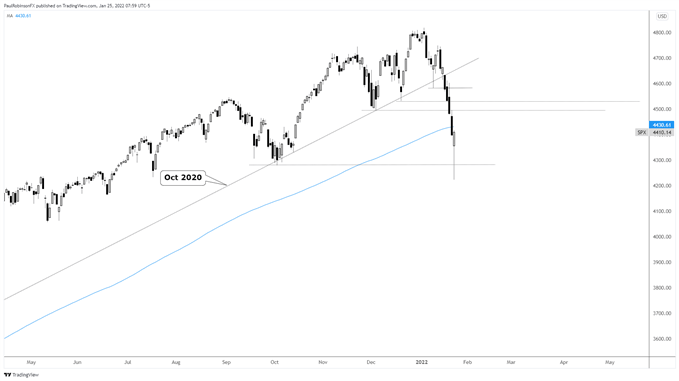 The Dow Jones is interesting because it has a fair amount of support at its feet right now. It pierced through several support levels dating to June, but managed to close above them all. A bounce will first have the 200-day moving average in focus, currently at 34965. Other than that the levels aren’t as clear as they are in the SPX. On that, following the lead of the broader market. 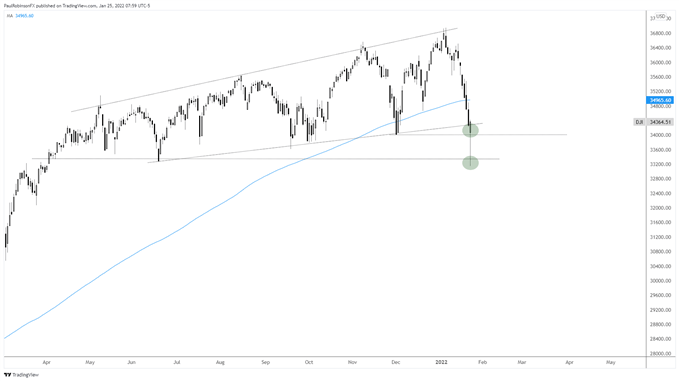 The Nasdaq 100 is trading outside the bullish channel extending from September 2020 until it broke last week. The breaking of the channel has severely undermined the broader outlook for this market-leading index. First up as resistance is the 200-day MA at 15006, with potential to tag the underside trend-line of the bull channel.

Like the SPX, the NDX can also carve out a solid-looking head-and-shoulders pattern with a little bit of time and upward price action. Whether a clean pattern emerges or not, the outlook for the NDX, and by extension the broader market, appears at major risk of further downside in the relatively near future. 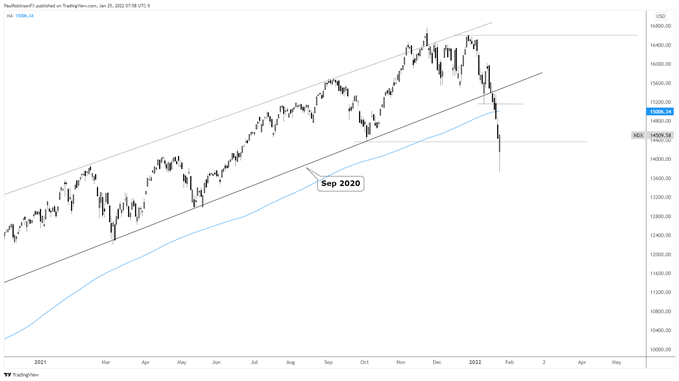