Credit Suisse Warns Profit Will Be Hit by Litigation Costs 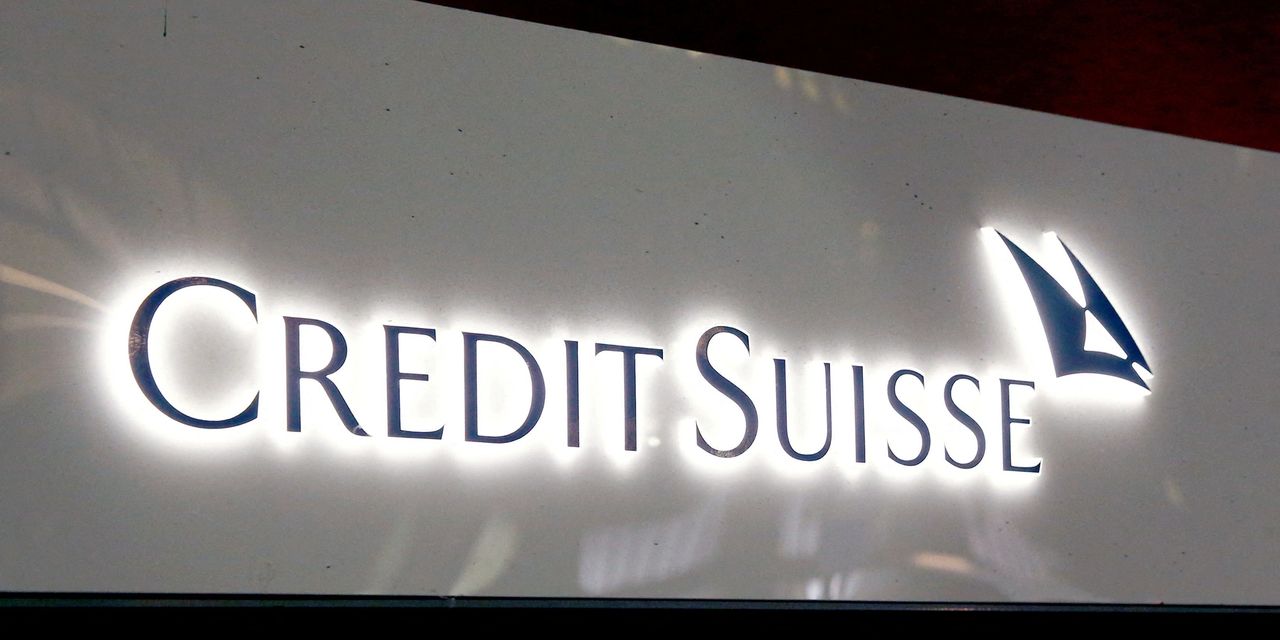 Group AG issued a profit warning on Tuesday, the latest setback for the beleaguered Swiss bank.

The bank said its profits for the fourth quarter of last year would be hit by setting aside provisions for legal costs of around 500 million Swiss francs, equivalent to $545 million, mostly related to legacy matters in its investment bank. The charge will be partially offset by real estate sales worth 225 million Swiss francs.

The profit warning is the latest in a series of blows for the bank. Chairman

stepped down from his perch earlier this month in the wake of internal reviews into his personal travel and breaches of quarantine rules, The Wall Street Journal has reported.

The bank has been reeling since twin disasters struck in March 2021 with the collapse of key clients, Greensill Capital and Archegos Capital Management.

Credit Suisse shares fell 0.8% to 8.24 Swiss francs, their lowest level since May 2020, even as bank stocks in Europe were broadly higher Tuesday.

Credit Suisse will notch a loss in its investment banking unit for the final three months of last year, a result of waning trading flows beyond the typical seasonal slowdown, it said. The bank said trading flows were returning to more normal conditions after a heightened pace for the past couple of years.

all reporting declines. Banks had fared well during the pandemic, propelled by deal-making and market volatility that fueled trading activity. Some of those trends have started to slow in recent months, while costs have crept up.

Credit Suisse on Tuesday attributed the investment banking loss to its pullback in risk and exit from prime services, the unit that lends hedge funds money and processes their trades. Credit Suisse in November said it would ax that business after it lost more than $5 billion when Archegos imploded.

The bank on Tuesday also pointed to weaknesses in its wealth management businesses, where clients took less risk and there were fewer transactions in its international and Asia-Pacific visions. Net new assets for its wealth-management businesses will be “modestly negative,” the bank said.

Under Mr. Horta-Osório, Credit Suisse had begun an overhaul of its strategy, seeking to realign its focus on catering to the world’s wealthy while paring back risk-taking in other parts of the bank.

The bank didn’t specify the cases connected to the litigation impairment. The bank took a series of hits related to legal cases over the past two years, weighing on its revamp plan.

Write to Julie Steinberg at julie.steinberg@wsj.com