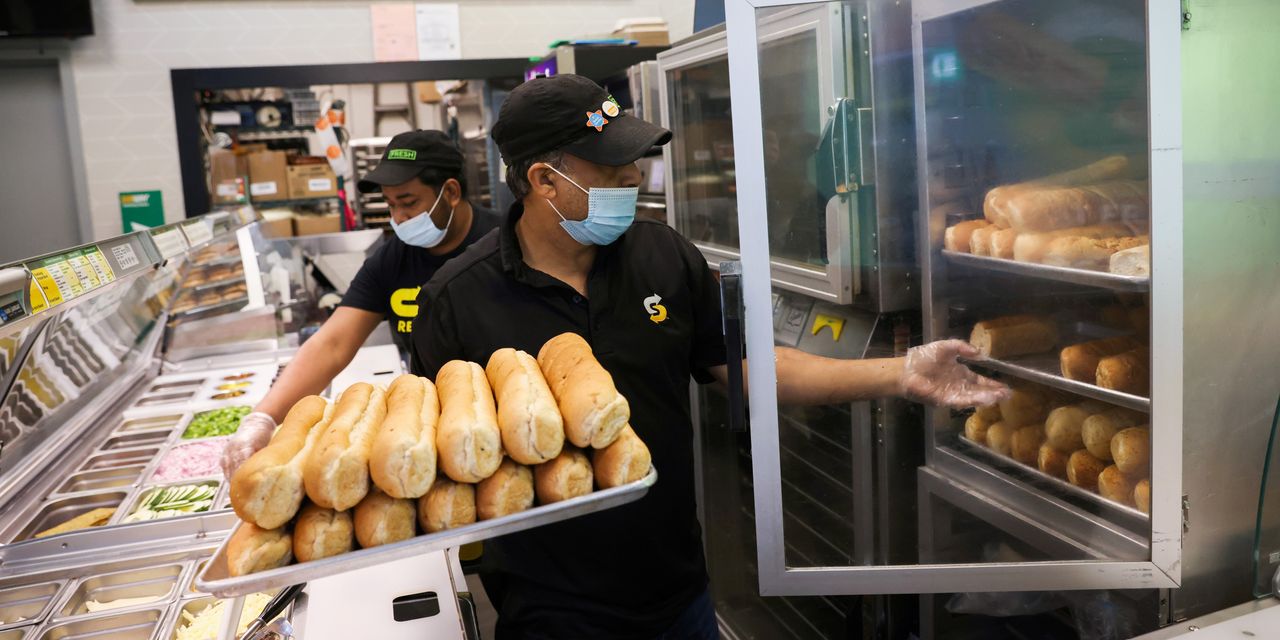 Companies are planning for steeper wage increases next year than at any point since the 2007-2009 recession, according to a new report, amid a tight labor market and the highest inflation in three decades.

A survey by the Conference Board set for release Wednesday finds that companies are setting aside an average 3.9% of total payroll for wage increases next year, the most since 2008.

The survey also shows that companies are planning on raising salary ranges, which would result in higher minimum, median and maximum salaries. That suggests pay raises could be broad-based and affect workers across a company’s pay scale.

The results are a sign the recent acceleration in private-sector wages is likely to carry over into 2022.

Such a sustained rise in wages could push consumer prices higher, as companies raise prices to compensate for pay increases. The dynamic of higher wages and prices could further stoke inflation and increase the chance of a spiral of rising wages and prices feeding on each other that could be difficult to stop.

Roughly 39% of respondents to the survey said inflation factored into their decision to set aside funds for wage increases next year.

“The impacts of wages on inflation and of inflation on wages are now stronger than they have been in recent decades,” said

chief economist at the Conference Board.

In earnings calls, some companies have said that they plan to raise wages next year.

a retailer, told analysts Friday the company would face higher costs next year due to “inflationary wage and other pressures.”

The clothing retailer the

“We are definitely seeing average hourly rate pressure, primarily in our distribution centers, but in our stores as well,” said

And Mark Kalvoda, chief financial officer at Titan Machinery Inc., which sells farm and construction equipment, told analysts in a Nov. 23 earnings call that it was also planning for higher compensation.

“We are realizing inflationary cost pressures in areas like fuel, wages and employee benefits and expect those pressures to intensify in future quarters,” he said.

How long the recent high levels of inflation will last is one of the driving questions of economic policy makers.

Federal Reserve officials in recent weeks have acknowledged new uncertainty over how prices will behave in the coming year. That is a shift from their previous position that this year’s accelerating inflation was likely to be temporary as the economy adjusted to supply-chain disruptions and a temporary labor shortage brought about by the Covid-19 pandemic.

“It now appears that factors pushing inflation upward will linger well into next year,” Fed Chairman

Now officials are laying the groundwork to act more forcefully to curb inflation next year if necessary. Mr. Powell suggested the Fed could hasten the pace with which it is pulling back support from the economy when it meets next week.

Officials are likely to announce plans to stop their bond-buying program by March instead of June, as they had previously anticipated. That could set the stage for raising interest rates beginning next spring.

The Fed cut rates to near zero and launched an asset purchasing program in 2020 to help the U.S. economy weather the pandemic. Removing such accommodation would likely slow the pace of growth and hold down inflation.

On Friday, the Labor Department reported that private-sector hourly wages rose 4.8% in November from the year before, on par with October. Wages have risen by more than 4% year-over-year for five consecutive months. By contrast, wage increases averaged 3.3% in the year before the pandemic arrived in the U.S. in February 2020.

A separate measure of compensation that includes both wages and benefits rose a seasonally adjusted 1.3% in the third quarter from the previous quarter, the Labor Department said in October, the fastest pace on record.

Higher inflation readings have accompanied the rise in compensation. The consumer-price index rose 6.2% in October from the previous year, according to the Labor Department, the fastest pace in three decades. Economists surveyed by The Wall Street Journal expect it accelerated further, to 6.7%, in November. The CPI report will be released on Friday.

Many economists had expected that the expiration of unemployment benefits in September and the reopening of schools in the fall would have eased the labor shortage by now. Instead, government data suggests employers continue to struggle to find workers.

In September, there were roughly 2.8 million more job openings than unemployed workers, according to Labor Department data. The department will report October job-opening data on Wednesday.

In response, companies have been offering higher salaries to new hires. Those who switched jobs between August and October saw a median wage increase of 5.1% versus 3.7% for those who stayed in their current jobs, an unusually large gap, according to the Atlanta Fed.

“The faster wage growth is more institutionalized now,” he said.

Corrections & Amplifications
A Labor Department measure of wages and benefits rose a seasonally adjusted 1.3% in the third quarter from the previous quarter. An earlier version of this article incorrectly stated the increase was over the same quarter a year ago. (Corrected on Dec. 7)

Write to David Harrison at david.harrison@wsj.com