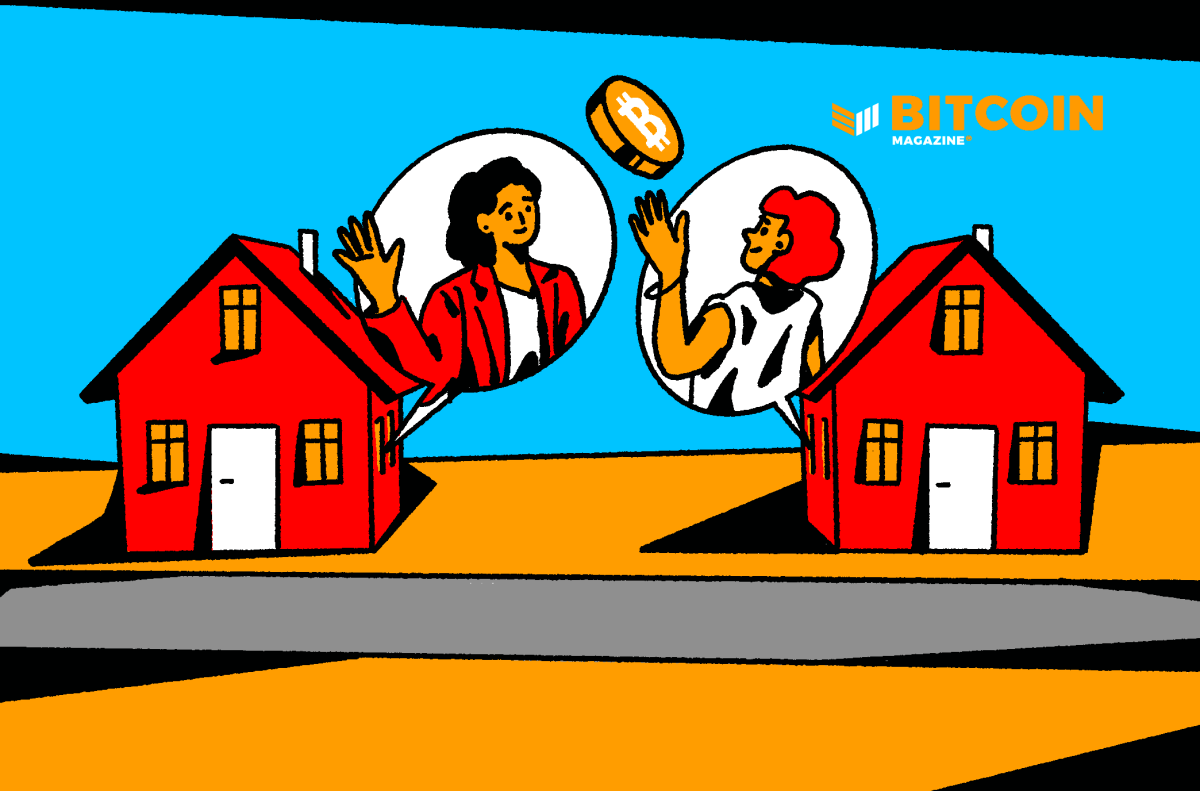 This is an opinion editorial by Leo Weese , co-founder of the Bitcoin Association of Hong Kong, where he has organized Bitcoin meetups since 2012.

Over the years, Bitcoin has continually proven itself as a robust asset with a predictable supply that can be swiftly transferred instantly for a low fee over the Lightning Network.

Despite its inflationary shortcomings, the U.S. dollar remains in strong demand. Having lost 90% of its purchasing power since the 1950s, it remains an attractive store of value and unit of account. In times of small profit margins, living paycheck-to-paycheck in a world where goods, rent and wages are priced in dollars, going 100% into bitcoin is risky.

The world has currently chosen the dollar as the global reserve currency. As long as bitcoin remains highly volatile, it is less attractive than the dollar for businesses and individuals in many circumstances, especially in places where instant conversion is cumbersome and expensive.

Despite its attraction, the U.S. dollar has noticeable downsides in practice. In El Salvador, where only one-third of the population has access to bank accounts, it can be difficult to receive, store, and transact with digital U.S. dollars. In Nigeria or Argentina, official exchange rates are unfavorably set, pushing savers into gray markets. Conflict areas like Ukraine are partially cut off from international settlement systems. Thankfully, Bitcoinizing the dollar with Taro provides an alternative.

Taro is a new protocol for assets on Bitcoin and Lightning proposed in April 2022 by Olaoluwa Osuntokun, CTO of Lightning Labs. The company explained a mechanism through which anybody can mint arbitrary assets on the Bitcoin blockchain and shared their vision for a stablecoin use-case that can be instantly transacted over the Lightning Network and held non-custodially in Lightning nodes and wallets.

Analogous to eurodollars or offshore dollars, we may refer to dollars held on the Bitcoin blockchain as bitcoindollars.

Such bitcoindollars are currently issued by large, often opaque institutions, some of them associated with cryptocurrency exchanges. While the first widely used stablecoin was anchored to the Bitcoin blockchain, stablecoins today often reside on alternative blockchains and are used to enter and exit trading positions in bitcoin or cryptocurrencies, or for settlement in arbitrage trades. In some contexts, they act as savings and payments vehicles.

With the Taro protocol, so-called bitcoindollars can be introduced into a Lightning Network payment channel without additional blockchain footprint. This results in two or more parallel channels, one with BTC and the others with Taro assets, anchored in the same UTXO.

Alongside bitcoindollars in the form of bank deposits or stablecoins, we may also see other types of assets issued on Taro, local fiat currencies foremost. It may appear attractive to issue bonds, vouchers, debt instruments or claims to commodities like oil and gold.

This allows the owner of a Lightning wallet to choose whether to receive payments in BTC or a Taro asset, while issuing a regular Lightning invoice. The payer is not required to hold the same Taro asset, or any Taro asset at all. The payer also at no point knows what asset the payee ultimately opts to hold in their wallet.

This works through edge nodes which “swap” an incoming Bitcoin HTLC (hash time-lock contract) for an outgoing Taro HTLC, or the other way around. These edge notes, like any other routing node in the Lightning Network, charge a routing fee covering capital costs, routing costs and expected volatility. They will agree on their reference rates for such swaps with their peers and might be willing to lock in rates for short invoice expiration windows. This happens instantly and without anyone taking on counterparty risk or custody at any point.

Today, we observe strong network effects in payment and settlement systems. We are only willing to accept something as payment that we can easily spend, and so it is no surprise that cryptocurrency exchanges primarily offer only two stablecoins: tether and USDC.

By swapping assets to bitcoin via HTLCs, Taro removes friction and counterparty risk while retaining access to the overall Lightning Network, making it feasible for smaller stablecoins to be used for savings and payments. Concurrently, Taro strengthens the network effects of the Lightning Network by increasing routing activity, creating demand for routing nodes and capital, while bootstrapping the existing liquidity on the network to enable users to not only pay with any asset, but also have the payment routed through Bitcoin.

The Rise Of Community Banks

Inspired by the success of Bitcoin Beach in El Salvador, community banks are beginning to spring up around the world in an attempt to connect remote and underbanked communities to the world of digital finance via the Lightning Network. In some cases, these community banks are attractive because they give access to dollars, while in others they allow people to transact online without friction.

Taro has the potential to significantly reduce the technological and logistical barrier for such community banks to operate, while enabling their community to instantly connect with suppliers, clients and financial services from all over the world.

Instead of using internal ledgers to keep track of clients’ deposits and withdrawals, a community bank may opt to issue their own stablecoin for each deposit and destroy it upon redemption for cash or bitcoin. By building the core of their banking infrastructure on open-source and battle-tested software, deposits remain more easily auditable and are difficult to tamper with.

By opting for an open protocol, community banks are able to piggyback on existing software infrastructure, such as nodes, wallets, payment processors or liquidity markets. A community bank does not need to develop its own wallet, it can simply open channels with Taro-enabled wallets readily found in the Google and Apple app stores. It does not need to provide merchants with custom-built tools, as long as self-hosted payment processors like BTCPay Server or LNBits are configured to handle Taro assets.

Some community banks may not even open such channels to their customers themselves, or instead rely on non-custodial liquidity markets or Lightning Service Providers to do so.

Step Three: Connect Your Community To The World

Once an individual or business has a channel open to their wallet or node with enough incoming capacity in the Taro asset of their choice, they can invoice others for their work, services or goods. Anybody around the world is able to instantly pay this invoice from their own wallet, have it routed through Bitcoin to the edge node, which swaps the payment amount to the desired destination asset. All of this occurs instantly and without anybody taking custody over the funds.

On the contrary, community bank clients are able to pay any Lightning invoice directly from the dollar balance of their mobile wallet. They don’t need to take on volatility risk or rely on a custodial counterparty beyond the stablecoin issuer: their community bank.

Such a community bank does not need to maintain Lightning nodes themselves. Anybody can act as an edge node to their local or remote community and compete over customers and transaction volume in the same way they might run a Lightning Network routing node today.

Bitcoinization Of The Dollar

The vision of being able to receive any currency or asset, while transacting using the global, open-source and permissionless Bitcoin network is appealing. It will make it easy to digitize, or bitcoinize local dollar reserves, enabling billions to hold the asset of their choice while transacting with it digitally and cheaply. As Taro routes transactions through Bitcoin, it allows for small players in the stablecoin market to benefit from and strengthen the network effects of the Lightning Network.

This provides people access to Bitcoin as a payment network and long-term savings tool without the risk of exposing users to short-term volatility. It greatly increases the number of potential merchants and users on the Lightning Network and establishes bitcoin as the backbone and medium of exchange of a truly global and accessible reserve currency.

This is a guest post by Leo Weese. Opinions expressed are entirely their own and do not necessarily reflect those of BTC Inc. or Bitcoin Magazine.