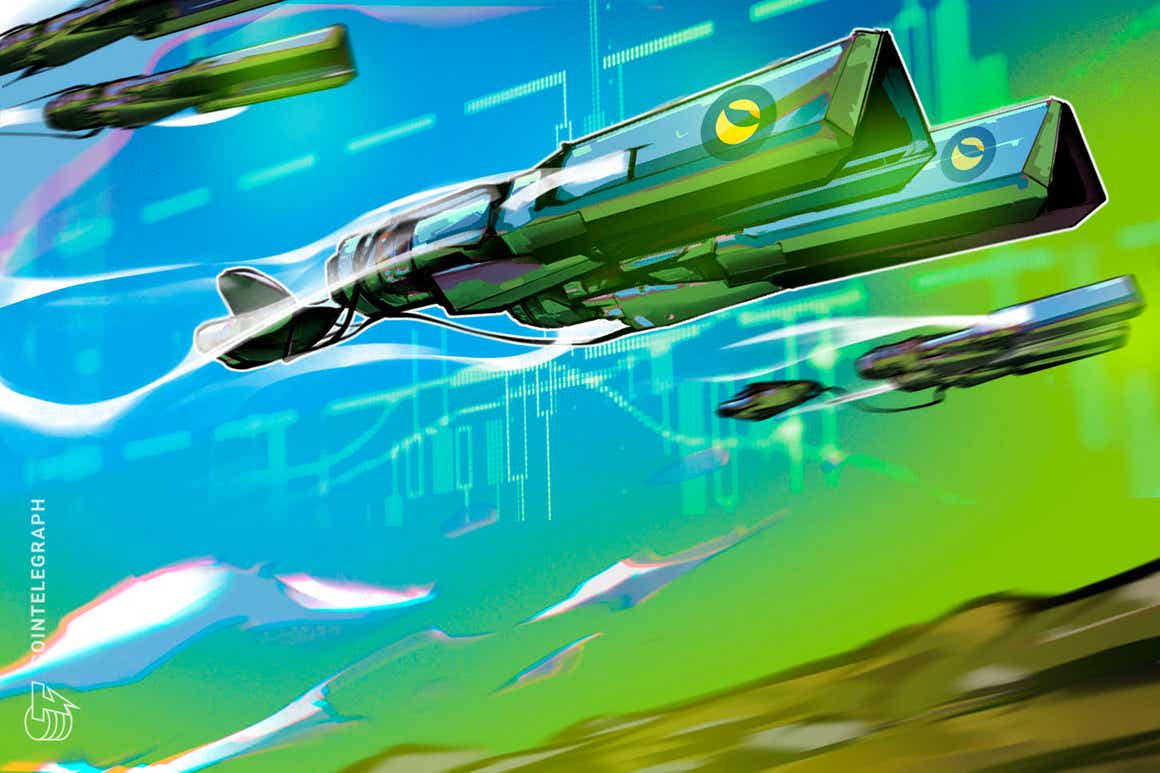 Terra (LUNA) faces the prospects of hitting $100 in the coming weeks as it paints a classic bull pennant structure.

In detail, Bull Pennants appear as the price trends inside a Triangle pattern after a strong move upside. Many analysts see it as a sign of bullish continuation, i.e., they think the instrument would eventually break above the Triangle’s upper trendline to resume its price rally higher.

Additionally, the profit target of a Bull Pennant structure typically comes to be equal to the length equal to the size of the previous price rally, called Flagpole, when measured from the breakout point. As it appears, LUNA has been forming a similar pattern on its lower-timeframe chart.

Considering the breakout happens at the point where the Bull Pennant trendlines converge — the apex — the ideal profit target comes out to be over $22, the Flagpole height. That puts LUNA on the road to almost $100.

The bullish technical setup in the Terra market appeared as LUNA rallied nearly 65% in less than three weeks to become the tenth-largest cryptocurrency by market capitalization.

The digital asset jumped past Dogecoin (DOGE) and Avalanche (AVAX) to value over $28.60 billion, almost 1.18% of the current total cryptocurrency market valuation of $2.30 trillion. Meanwhile, LUNA’s token price climbed from $43.50 to over $77 on Dec. 5, a new all-time high.

Jake Cormack, chief operating officer at Chiron Partners, credited Terra’s growth potential behind their decision to choose them as their official public ledger, particularly after the blockchain’s recent Columbus-5 upgrade, which promises to enable higher scalability and greater cross-chain interoperability.

In detail, the Terra ecosystem consists of a family of stablecoins pegged to a growing list of fiat currencies and a mining token, LUNA. LUNA serves as a governance token, volatility absorption tool, and rewards catcher through “seigniorage” and transaction volumes.

The volatility absorption feature, in particular, proves to be the most bullish case for LUNA. Notably, the Terra ecosystem maintains its stablecoins fiat-peg by burning LUNA tokens. In other words, if the price of Terra’s native stablecoin TerraUSD (UST) goes above $1, the protocol burns LUNA to mint more UST, thus bringing its value back to $1.

Conversely, if the UST value goes below $1, the protocol swaps the stablecoin for LUNA to prop up its prices. With the Columbus-5 upgrade and Chiron’s $50-million fund promising to bring more projects to the Terra ecosystem, anticipations of more deflationary pressure on LUNA have been rising.

As Cointelegraph reported, UST stablecoin adoption is growing with its net supply hitting a new record high of $8.221 billion on Wednesday. On the other hand, according to TerraAnalytics, the Terra protocol has burned more than 104 million LUNA tokens ever since the Columbus-5 upgrade went live at the end of September.

Bullish cues for LUNA before the Chiron announcement came in the form of Talis. The startup raised $2.3 million in funding led by ParaFi Capital and Arrington Capital to build an NFT marketplace on the Terra blockchain.

Two days after the announcement, LUNA rose nearly 13% to reach its new all-time high despite a major correction in Bitcoin (BTC), Ether (ETH), and most other cryptocurrencies.

The views and opinions expressed here are solely those of the author and do not necessarily reflect the views of Cointelegraph.com. Every investment and trading move involves risk, you should conduct your own research when making a decision.