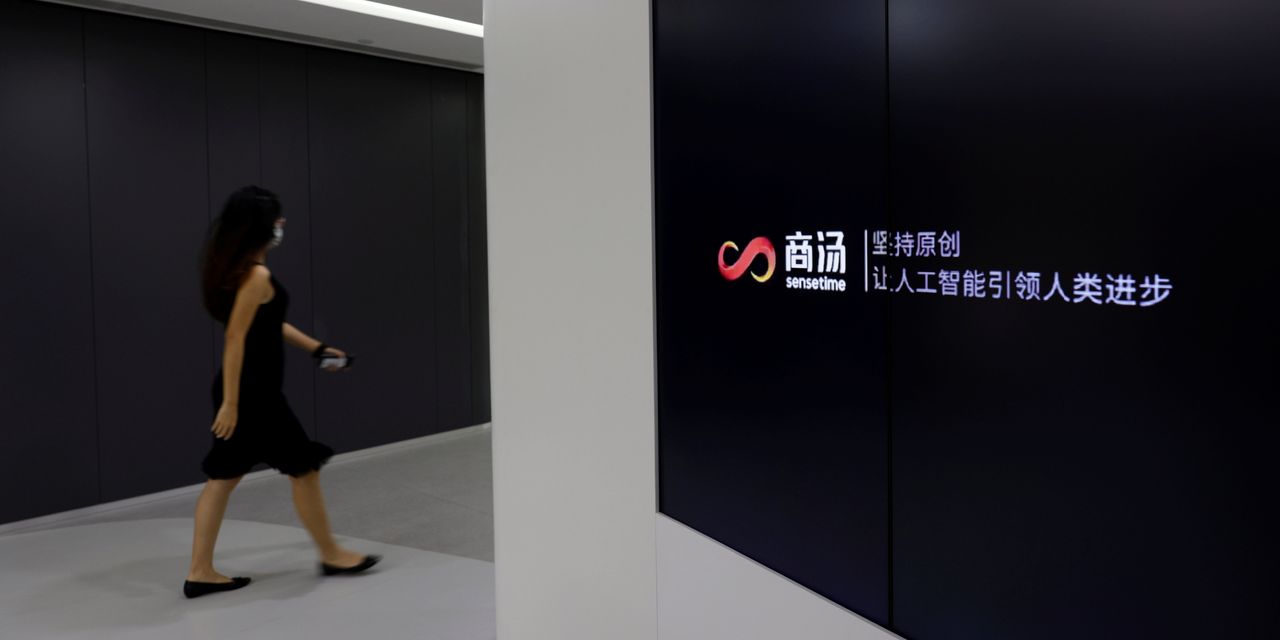 Chinese artificial-intelligence company SenseTime Group Inc. said it would postpone its Hong Kong initial public offering, days after it was added to an investment blacklist of companies that the U.S. government says are supporting Chinese military development.

In a statement to Hong Kong’s stock exchange, the company said the halt was meant to help investors consider the potential impact of the U.S. blacklisting, adding that it remains committed to completing the listing soon. The postponement comes after the company held off from pricing its IPO as planned on Friday.

SenseTime, whose products are used in smart cities, police surveillance and autonomous driving, had planned to raise as much as $767 million in an initial share sale on the Hong Kong stock exchange this month.

On Friday, the U.S. Treasury Department named SenseTime among 25 individuals and entities that it said were connected to “human rights abuse and repression in several countries around the globe,” and added it to a list of companies that it says are supporting China’s military.

U.S. authorities cited the use of SenseTime’s facial-recognition technology in China’s effort to suppress and assimilate mainly Muslim ethnic minorities in western China. The designation prevents Americans from investing in the company. On Saturday, SenseTime said the accusation was baseless and reflected “a fundamental misunderstanding of our company.”

among its shareholders and is one of the world’s most valuable artificial intelligence startups.

Last Thursday, the Uyghur Tribunal, a U.K.-based panel of lawyers, academics and activists, wrapped up a yearlong investigation into China’s treatment of Uyghurs and other ethnic minorities in the western region of Xinjiang, saying China’s policies in Xinjiang amounted to a form of genocide. The U.S. has labeled China’s actions there “genocide and crimes against humanity” against the Uyghur ethnic group.

In Monday’s statement, SenseTime said it would publish a new prospectus with a revised listing timetable. The firm is incorporated in Hong Kong and has offices in locations including Shanghai, Beijing, Singapore and Japan. A Beijing subsidiary was added to a separate U.S. export blacklist, known as the Entity List, in October 2019. U.S. authorities said the unit was involved in human-rights abuses in Xinjiang.

At the time, SenseTime said the company abided by all relevant laws and regulations in the places in which it operated. SenseTime said in its prospectus that even though its Beijing subsidiary was added to the U.S. Entity List, the restrictions “do not apply to other entities within the group that are legally distinct” from that unit.

Write to Liza Lin at Liza.Lin@wsj.com