China Pushes Back Against Yuan Rally 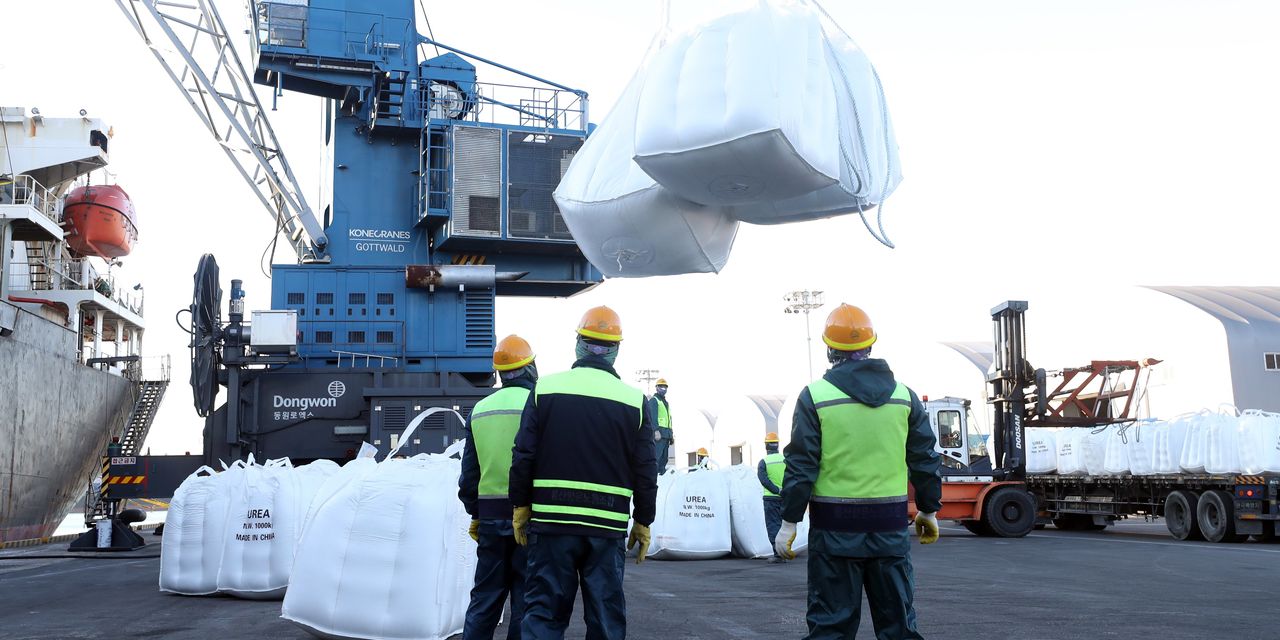 The yuan has soared to multiyear highs against the dollar and other major currencies, reflecting strong demand for China’s exports and its financial assets, and prompting some pushback from the country’s central bank.

The surge is unusual because it comes while the dollar is also gaining ground. That contrasts with a previous rally in 2018, which partly reflected broader weakness in the U.S. currency.

This week, the more freely traded offshore yuan firmed below 6.35 to the dollar for the first time since May 2018, according to Refinitiv. It has gained roughly 2% this year against its U.S. equivalent.

Similarly, the CFETS RMB index, which measures the yuan against a basket of major currencies including the euro and the Japanese yen, recently reached the highest level since early 2015. The index was introduced later that year but back-calculated from the start of 2015.

On Thursday evening in Beijing, the People’s Bank of China increased the proportion of foreign-currency deposits that domestic banks need to hold in reserve, lifting this reserve requirement ratio by 2 percentage points to 9%.

The move helps drain foreign-exchange liquidity from China’s banking system, and was taken by economists and analysts as a signal that the central bank wants to slow further appreciation in the yuan. It previously lifted the ratio in May, its first such action in more than a decade.

By midafternoon Friday in Hong Kong, the offshore yuan had weakened modestly, to about 6.374 per dollar.

Market-watchers say that while China has enjoyed an export boom, having too strong a currency, or too rapid a rise, could cut into overseas trade. That would come just as some other drivers of Chinese growth, such as the property market, are weakening. GDP expanded by a weaker-than-expected 4.9% year-over-year in the third quarter.

Exports have been the “single largest growth driver” for China’s GDP since mid-2020, analysts at Nomura wrote in a research note on Friday. Policy makers may have realized that the strong yuan could weaken those exports, especially when growth has already dropped partly due to restrictions on carbon emissions and curbs on the property sector, they said.

There are several fundamental reasons for the yuan’s strength.

head of Greater China research and strategy at OCBC Bank, said the yuan’s performance reflected “China exceptionalism,” or how the country had thrived during the Covid-19 pandemic. He drew a parallel with the exceptional appetite for the U.S. dollar and American assets over a much longer period.

“As long as the virus remains a concern for the global economy, people are willing to pay the premium” for the Chinese currency, he said.

Pandemic-induced changes in consumption patterns have turbocharged demand for Chinese products, while the country’s zero-Covid policy has kept its tourists at home. That means China is exporting far more than it imports, and that surplus in goods isn’t balanced out by a big tourism-driven deficit in services.

China’s exports jumped to a record $325.5 billion last month, a 22% increase from last November, according to the General Administration of Customs. Meanwhile, the current-account surplus in the first three quarters this year reached the equivalent of $203 billion, the highest since 2015, State Administration of Foreign Exchange data show.

The surplus will remain high as long as China maintains its zero-Covid policy, which in turn keeps service imports by Chinese tourists low, said Alvin Tan, head of Asia foreign-exchange strategy at RBC Capital Markets. Economists and public-health experts expect the zero-Covid policy to last at least through the Winter Olympics, which China will host in February.

If needed, the central bank can deploy a range of tools to further tame the currency. It could talk it down, and further lift the foreign-exchange reserve ratio. Since September, the central bank has also leaned against appreciation by setting a daily midpoint for onshore trading, known as the fix, that is often weaker than market expectations.

In addition, it could reintroduce something known as the countercyclical factor, which would give it more discretion in setting the daily fix. This factor was removed late last year to make yuan pricing more market-based.

Some analysts say that the bank is more sensitive to the speed of any rally than the yuan’s absolute level, or that it is comfortable with gains as long as companies are still prepared for a possible selloff.

“The question is: Will [the central bank] get more impatient and take more active and forceful measures? I think we could come to that if the Chinese economy weakens a lot further from here,” RBC’s Mr. Tan said.