China Evergrande Heads Toward Default as It Misses Payment Deadline 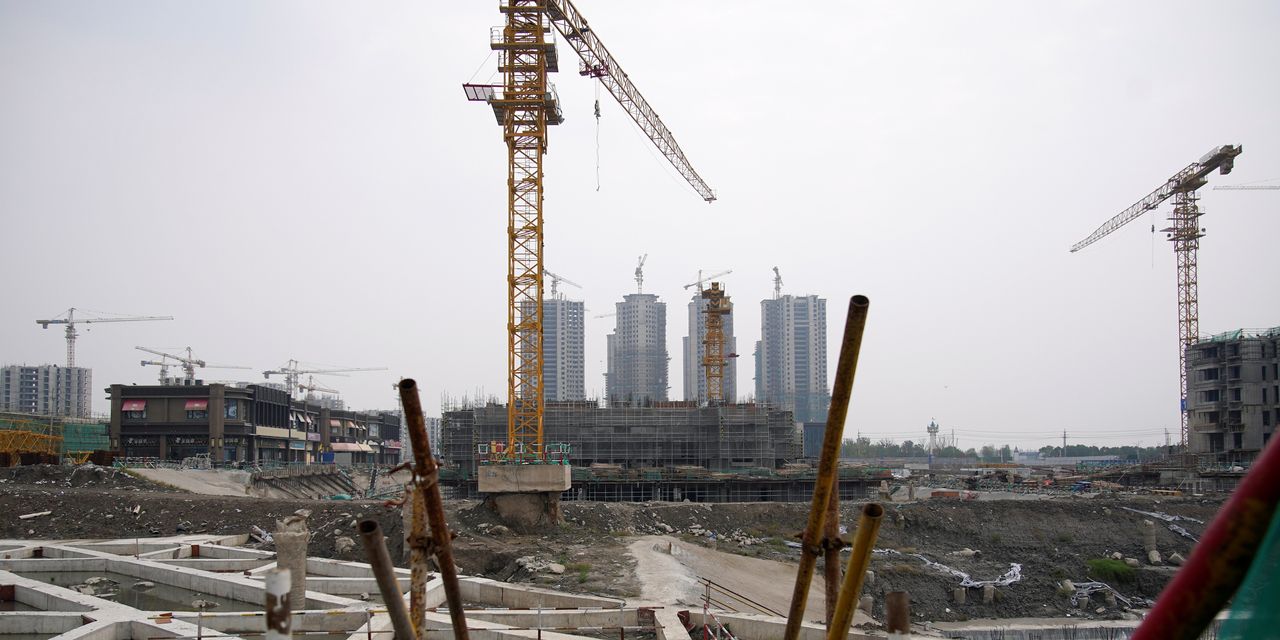 didn’t make payments due on some U.S. dollar bonds before a final deadline expired on Monday, people familiar with the matter said, potentially setting the stage for a massive default and one of the country’s largest-ever debt restructurings.

The giant property developer had been teetering on the brink of failure for months after amassing more than $300 billion in liabilities. Last Friday, Evergrande sought help from the government of its home province of Guangdong, which agreed to send a working group to assess and help sort out the company’s issues. The development was regarded by analysts as the start of a managed restructuring of Evergrande, and a prelude to a default by the 25-year-old conglomerate.

Evergrande didn’t pay $82.5 million of interest payments originally due Nov. 6 on two sets of dollar bonds by the end of a 30-day grace period on Monday, the people familiar with the matter said. The debts were issued by a unit known as Scenery Journey Ltd.

That would likely mark its first offshore default on public bonds, after the bonds’ trustee or investors send a letter of default to the company. The failure to pay could trigger cross-default provisions, enabling investors to declare other debt in default, too. Most of Evergrande’s debt is in mainland China, but the company has nearly $20 billion in international bonds and is Asia’s second-largest issuer of junk-rated dollar debt.

In recent months, Evergrande has avoided default on several occasions by making overdue interest payments on dollar bonds shortly before the end of a grace period. The company has sold assets to raise cash and its founder and controlling shareholder,

also recently offloaded a large chunk of his shares, moves that some creditors hoped were an indication that Evergrande was preparing to make its payment due Monday.

Late last Friday however, Evergrande warned it had been asked to pay $260 million under a debt guarantee, and said for the first time that it planned to work with offshore creditors on a restructuring. On Monday, the company said its board has set up a risk-management committee that includes representatives from several state-owned enterprises.

A descent into default would make Evergrande the largest and highest-profile casualty of a government campaign to rein in China’s property sector after years of rapid, debt-fueled growth, which has already led several smaller developers to renege on their international obligations.

Still, the development is unlikely to cause much market turbulence, since investors have had months to prepare. Evergrande’s stock and bonds have sold off for much of this year, and the company first hired financial advisers, in a sign of deepening difficulty, in September.

Beijing has also taken broader steps to offset the impact of Evergrande’s demise and the wider turmoil in the property sector. On Monday, China’s central bank said it would reduce the amount of money banks are required to set aside as reserves, freeing up funds for lending.

Local governments in some Chinese cities are also working closely with the company to limit the real-world impact of Evergrande’s financial struggles, and to forestall any potential social unrest. The company has pre-sold an estimated 1.4 million unfinished apartments to prospective homeowners, and has been working with local officials to restart construction that stalled at many of its projects.

Evergrande is now likely to engage with creditors to thrash out a restructuring plan. Investors will probably receive far less than face value for the debt they hold, recent market prices suggest. Some bondholders are working with the investment bank

The reorganization could be complex, given Evergrande’s size and international footprint. While most of the company’s core property business is in mainland China, the company is incorporated in the Cayman Islands and listed in Hong Kong, while its international bonds are governed by New York law and were in some cases issued by a unit in the British Virgin Islands.

Evergrande’s difficulties are a blow for the company’s founder, Mr. Hui, who is also known as

in Mandarin. Just four years ago, the property mogul was China’s richest man, according to the Hurun Research Institute, a wealth-research firm.

The debt blowup is also a landmark in China’s changing attitude to corporate defaults, which were once rare but are growing more common, both onshore and offshore. Recent failures include the chip maker Tsinghua Unigroup and the once-hyper-acquisitive conglomerate HNA Group, which is now undergoing a court-led restructuring in China.

The shifting stance on defaults is partly a recognition that after a huge run-up in the country’s corporate debt pile in recent years, Beijing can’t afford too many bailouts. China’s leaders are also keen to reduce moral hazard, or risky bets made in the belief that another party will foot the bill if things go wrong. In recent years, some investors say, a belief that Evergrande was too big to fail helped spur interest in the company’s debt, despite its financial aggression.

Over the weekend, a commentary published by a Chinese state news agency said that the risks associated with Evergrande were now being settled after a lot of market uncertainty, and that this wasn’t a bad thing.

It said Evergrande had pulled itself away from the brink of default several times when it made overdue interest payments, but such emergency measures could save the company only for a while. The commentary was syndicated on the official Xinhua news agency and People’s Daily, the Chinese Communist Party’s flagship outlet.

It added that the working group sent to Evergrande by the Guangdong provincial government, along with recent statements from financial regulators, show that authorities are “acting to bring Evergrande’s crisis management onto the right track for a proper resolution” and to dispel market uncertainties.

—Alexander Gladstone and Anna Hirtenstein contributed to this article.