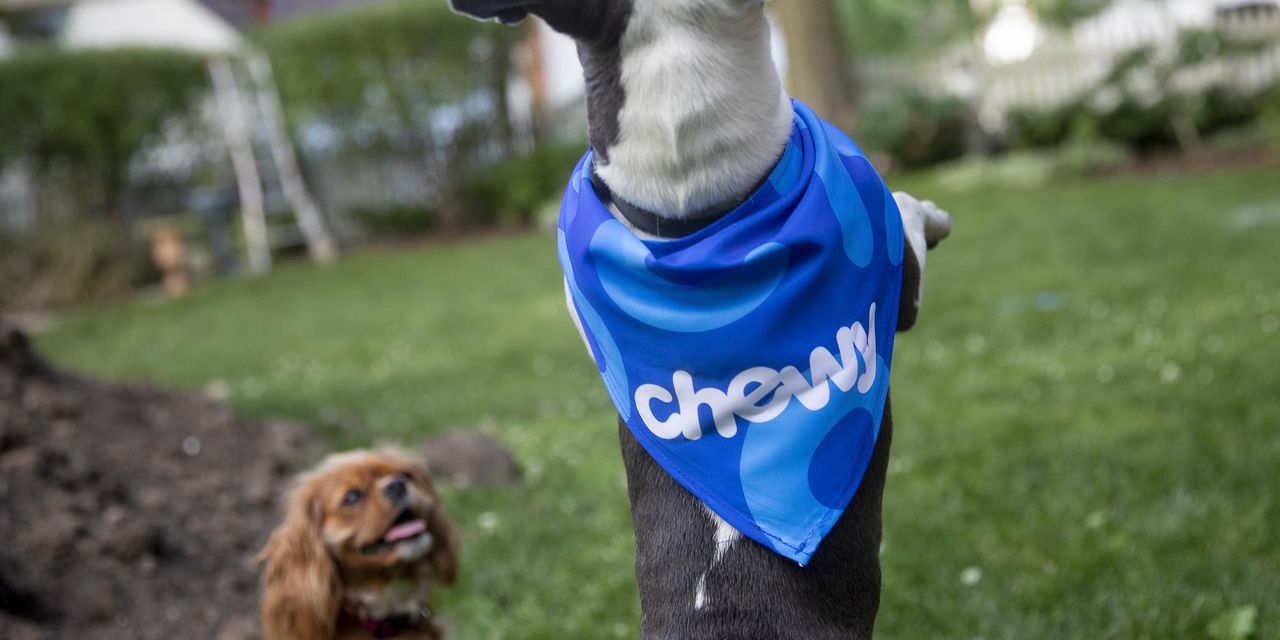 Not unlike pandemic pets whose human companions are rediscovering the outside world,

is having a harder time keeping its shareholders’ full attention.

Online pet retailer Chewy’s revenue in the quarter ended Oct. 31 grew at a healthy 24% from a year earlier, well within its own guidance and Wall Street expectations. The number of active customers grew almost 15%, also in line with expectations.

While those aren’t shabby numbers on their own, the slowing trend continues to be a concern. Last quarter was the fourth consecutive one in which year-over-year revenue growth and active customer count growth decelerated. After its earnings call late Thursday, Chewy’s shares dropped 8% in after-hours trading. They already had shed more than a third of their value year to date. It isn’t the only pet retailer going to the dogs:

shares are down 31% this year, while

a canine-focused omnichannel retailer, has lost more than two-thirds of its value.

Fewer households are adding pets than at the onset of quarantines. The year-over-year growth rate in dog adoption, for example, has continued to decline since April, according to PetPoint, a pet industry data provider. And, unfortunately, some of them are being adopted for a second time. As such, eye-popping new customer growth is a thing of the past. For Chewy to keep investors interested, it needs to either prove that its profitability is improving or that it can keep growth going for a while longer by convincing those customers to keep spending more with them. Last quarter provided neither of those reassurances.

While Chewy’s top line grew by 24%, its net loss was roughly the same as the same period last year. After six consecutive quarters of beating analyst expectations on the bottom line, this was the second quarter where Chewy posted bigger net losses than expectations. Shortages of wet dog food continued and out-of-stock levels only got worse for certain categories. While nothing new, those supply shortages added up to $15 million more in lost sales than Chewy had expected. Labor shortages and higher cost of goods due to inflation also are pressuring margins. Petco pointed out similar issues but, as the largest pure-play online pet retailer, this would be a time for Chewy to use scale to its advantage.

And while active customers did boost their spending, it isn’t clear how sustainable that is. On average, an active customer bought $419 worth of products last quarter, a year-over-year increase of 15%. Chewy boasts that it has increased that basket size by 30% since 2018. A doting pet parent will only buy so many pet treats and toys, though. Chewy’s pharmacy business and its growing suite of healthcare offerings could help pet owners open their wallets more, but those businesses aren’t yet large enough to move the needle meaningfully.

Suddenly online pet retail is no walk in the park.