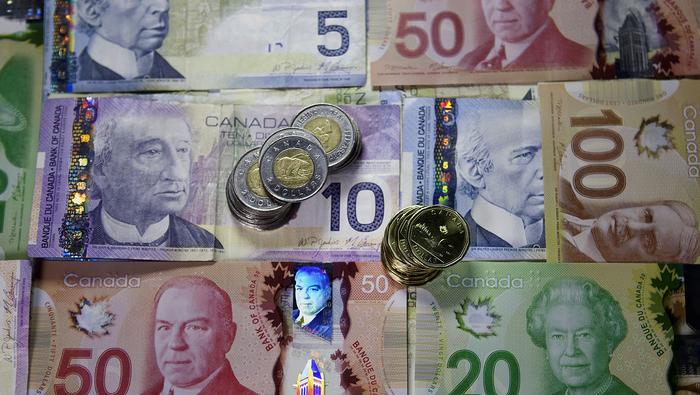 Risk Off & A Slowing BOC

The Canadian Dollar has had a mostly positive month across the spectrum of major currencies. But the two major CAD-crosses, are telling different stories altogether: both CAD/JPY and USD/CAD rates are rallying. While the Bank of Canada has more interest rate hikes in store, markets are actually discounting a relatively less hawkish BOC by the end of 2022 than they were one month ago. The net-result may be that both CAD/JPY and USD/CAD rates remain rangebound for the foreseeable future. 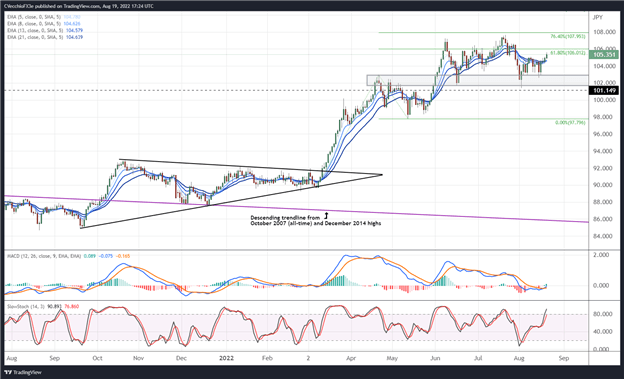 CAD/JPY rates have been trading sideways for the better part of three months, finding support around 101.50 and resistance around 107.50. Momentum continues to improve, with thepair above its daily 5-, 8-, 13-, and 21-EMA envelope, which is in bullish sequential order. Daily MACD is trending higher on the verge of crossing above its signal line, and daily Slow Stochastics are back in overbought territory. A move back toward the highs established in June and July is not out of the question, but a more significant risk-off move in global equity markets threatens to curtail the chances of a sustained rally to the upside. 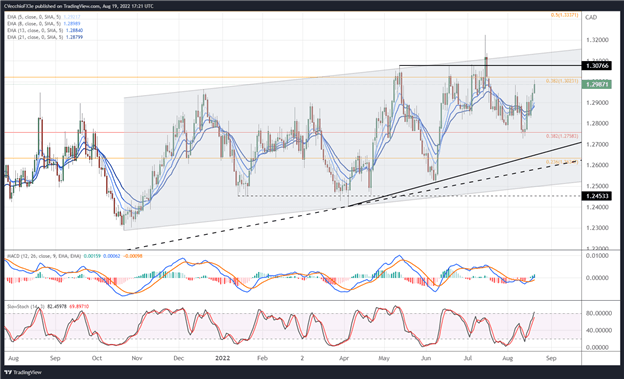 USD/CAD rates remain with the confines of two patterns: an ascending parallel channel dating back to October 2021; and an ascending triangle that’s been forming since April. Improving momentum suggests a return to triangle resistance around 1.3075 may be the path of least resistance in the near-term. The pair is above its daily EMA envelope, which is in bullish sequential order. Daily MACD is trending higher on the verge of crossing above its signal line, while daily Slow Stochastics have reached oversold territory. 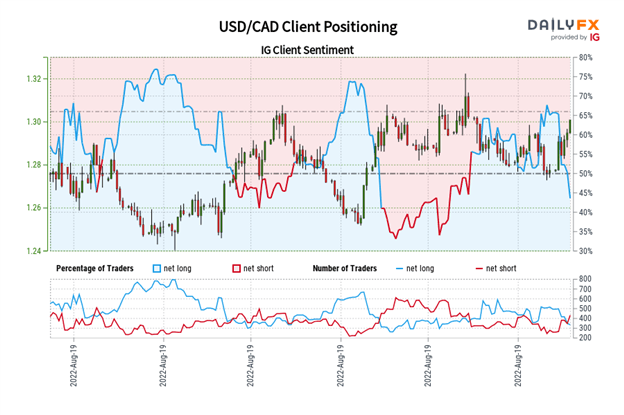 We typically take a contrarian view to crowd sentiment, and the fact traders are net-short suggests USD/CAD prices may continue to rise.

Traders are further net-short than yesterday and last week, and the combination of current sentiment and recent changes gives us a stronger USD/CAD-bullish contrarian trading bias.