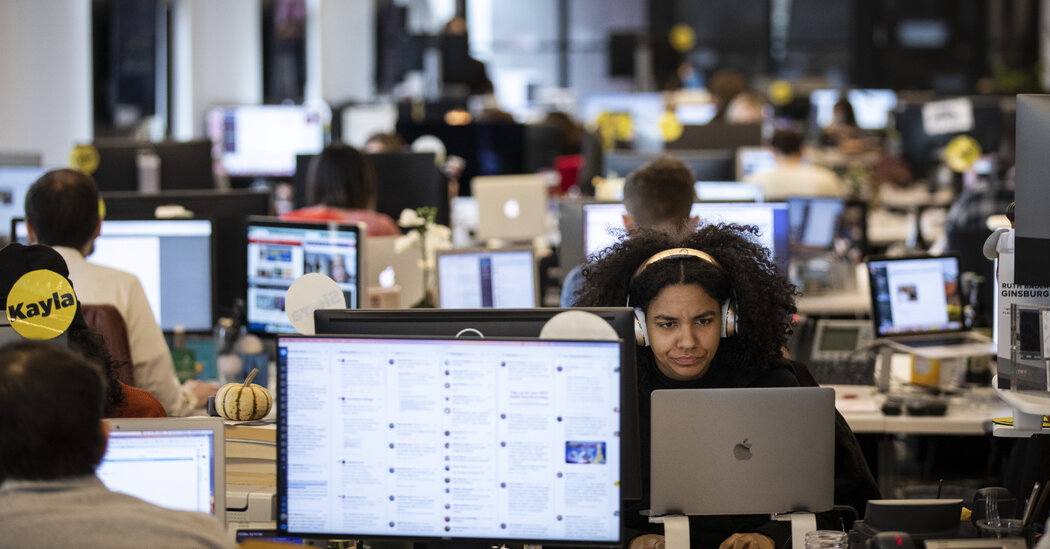 Shareholders in BuzzFeed, the digital media pioneer known for its listicles, quizzes and a news division that won its first Pulitzer Prize this year, voted on Thursday to take the company public.

The deal that will take BuzzFeed onto the stock market raised less money than initially expected, which could crimp the company’s spending in the years to come and lead it to rein in its ambitions.

The long-in-the-works plan, led by the BuzzFeed co-founder and chief executive Jonah Peretti, will merge it with a special purpose acquisition company, 890 5th Avenue Partners. So-called SPACs raise money through an initial public offering and use that cash to buy a private company.

The deal is expected to close by Friday, 890 5th Avenue Partners said in a news release. BuzzFeed will make its stock market debut as soon as Monday, under the ticker symbol BZFD. Part of the deal includes the completion of BuzzFeed’s $300 million acquisition of Complex Networks, a sports and entertainment publisher.

Because investors who buy into a SPAC do not know what company it plans to buy, they have the opportunity to redeem those shares at their I.P.O. price — in this case $10 — before it reaches any deal. Many did. BuzzFeed could have raised over $250 million from the investors in the SPAC, but in the end it got only $16 million, according to a news release from BuzzFeed and 890. But BuzzFeed will have $150 million that it is raising from selling a debt security. Other SPAC deals in recent weeks have suffered from shareholders asking for their money back.

As the shareholders were casting their votes, a move that could mean millions of dollars for its early investors and some current and former staff members, not everyone at the company was cheering: Union employees at its news division, BuzzFeed News, staged a daylong work stoppage in an effort to speed contract negotiations. All 61 of the workers who belong to the BuzzFeed News Union, which includes reporters, editors and designers, took part, the union said.

In a statement, the union accused the company of refusing to budge in contract negotiations. The main sticking point is pay. The union said BuzzFeed was proposing a 1 percent guaranteed annual wage increase and a minimum salary of $50,000.

“We deserve a strong contract that protects us and ensures a fair and equitable workplace for everyone in our unit,” Katie Notopoulos, a senior tech reporter, said in the statement.

A BuzzFeed spokesman said the company would be back at the negotiating table “next Tuesday where we hope the union will present a response on these issues.”

The union, which formed in February 2019, is represented by the NewsGuild, which also represents workers at The New York Times and other media outlets. The union and the company have yet to agree on a first contract.

BuzzFeed was started out of a small office in New York’s Chinatown in 2006 as an experimental project in viral media for Mr. Peretti, back when his day job was chief technology officer of The Huffington Post. He devoted himself full time to BuzzFeed in 2011, after AOL bought HuffPost for $315 million, and transformed it into a stand-alone media company with the help of $35 million from investors.

It was soon hailed as the future of the news media. In recent years, though, it has missed revenue targets, and some investors pushed for a sale. Last year, BuzzFeed gained scale when it acquired HuffPost from its last owner, Verizon, in a stock deal.