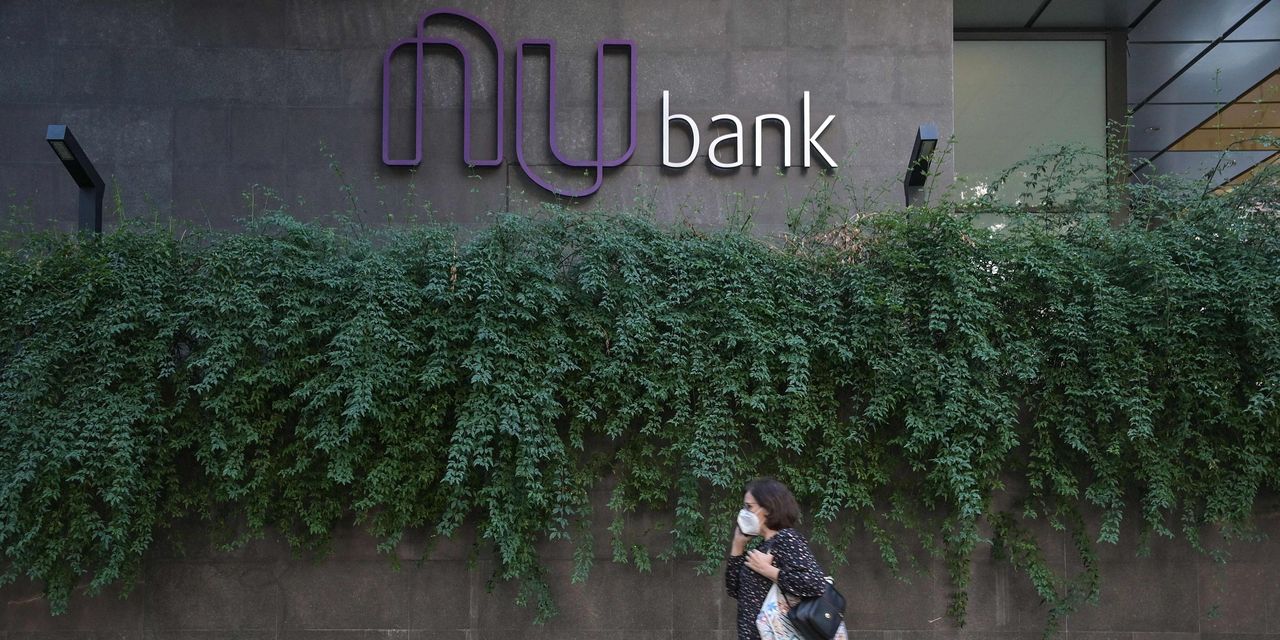 When David Vélez tried to open an account in a Brazilian bank in 2012, it took him four months to win approval, not unusual in a country where high fees and bureaucracy are the norm in banking. When visiting the bank, he would leave his cellphone in a locker before passing through bulletproof doors as armed guards scrutinized him.

“You’re going through all that experience to then pay 15%-a-month interest rates and pay hundreds of fees,” he recounted at a CB Insights conference in New York in 2018. “How is it possible you’re doing that?”

The experience led to a kernel of an idea: There was room in Brazil, a country where five banks control nearly the entire market, for a new kind of bank. Nubank, the digital banking startup that the Colombian-born investor-turned-entrepreneur co-founded, is set to start trading this week on the New York Stock Exchange in one of the year’s largest initial public offerings.

From its beginnings in 2013 offering credit-card services, Nubank has expanded to serve 48 million customers, up from six million in 2018. Total revenue has topped $1 billion, nearly twice the $535 million last year. Nubank had been losing money until the first half of this year, when it posted a profit.

The offering would be the fifth-largest IPO of the year in the U.S. based on the amount to be raised, according to Nicholas Einhorn, vice president of research at Renaissance Capital. If it prices at the high end, Nubank would raise about $2.6 billion and be valued at $41.5 billion, exceeding Brazil’s largest traditional bank,

This even after Nu Holdings Ltd., the parent company, lowered its planned price range from $10-$11 a share to $8-$9, shaving off nearly $10 billion in valuation in an amended filing on Nov. 30 with the Securities and Exchange Commission. Trading under the NU ticker symbol, the company is offering 289.2 million shares. Investors participating in the offering include SoftBank Group Corp. and Tiger Global Management LLC. The underwriters are Morgan Stanley,

Nubank, whose investors include

, said in its prospectus that it plans to use proceeds to fuel its growth in Brazil and in Colombia and Mexico, countries where it launched in 2020. And it is eyeing other sectors it can disrupt, including healthcare and telecommunications, according to the prospectus.

Demand for alternatives in the banking sector was pent up when Mr. Vélez arrived in Brazil. At the same time, smartphone use was booming. Younger Brazilians were increasingly drawn to online services. And there was—and still is—a large underbanked population.

Taking on traditional banking is a challenge. As recently as December 2018, the top five Brazilian banks accounted for 84% of deposits, according to the country’s central bank, and the sector had among the world’s highest net interest margins. Of 582 publicly listed companies in Latin America in the first half of 2020, the three most profitable were Brazilian banks, according to the Brazilian consulting firm Economatica.

In a country with a history of hyperinflation and economic tumult, Brazilian banks had reason to be conservative. But Mr. Vélez, who declined to talk to The Wall Street Journal ahead of the IPO but has spoken to the paper in the recent past, has said the caution was out of date.

The 40-year-old Colombian, whose family left Medellín for Costa Rica during the reign of cocaine kingpin Pablo Escobar, was an unlikely disrupter. He had studied engineering at Stanford University and was hired by Sequoia Capital to find investments in Brazil, moving there in 2012.

After Sequoia quickly pulled the plug on the Brazilian operation, Mr. Vélez opted to stay and found his own startup, even though he had never built a technology company. He partnered with Cristina Junqueira, a Brazilian who had been an executive at Itaú Unibanco, and Edward Wible, an American computer scientist.

During the pandemic, the company braced itself for a bank run. With a digital bank, all that would take is one click.

“The exact opposite happened,” Mr. Vélez told the paper in May. “Beginning in April, we started seeing an avalanche of deposits going from the big banks into Nubank.”

Still, Covid-19 weighs heavily in Brazil, a country that has recorded more than 600,000 deaths from the pandemic, second only to the U.S. “The pandemic is definitely a concern because ultimately, we need healthy customers, we need healthy countries,” Mr. Vélez said.

The company faces other challenges, including greater competition from digital startups that also did well during the pandemic, a phenomenon driven by Brazilians who had to open accounts to get government aid.

Among those growing fast are C6 Bank, in which JPMorgan Chase has a large stake, and Banco Inter SA, which is backed by SoftBank. Mercado Pago, the payment arm of e-commerce giant MercadoLibre Inc., increasingly provides an array of financial services. Brokerage firm

which helped spark a retail-investment boom in the country’s stock market and held an IPO on the Nasdaq in 2019, is expanding beyond investment services.

And the large banks not only dominate the credit space but are rolling out their own digital products.

“Nubank will face a more challenging environment in the coming years than it has faced so far,” said Lauro Gonzalez, a finance professor at Getúlio Vargas Foundation, a research university in São Paulo. Nonetheless, he thinks the company will grow because it provides products to the large underbanked sector, even though average annual economic growth for Brazil’s economy in the seven full years since Nubank’s founding has been minus 0.8%.

Traditional banks want those customers, too, but Mr. Gonzalez said they are less prepared than digital banks.

“They are very, very slow in adopting new business models and new business products,” he said, “especially products that meet the needs of the underserved and the excluded.”

—Paulo Trevisani contributed to this article.