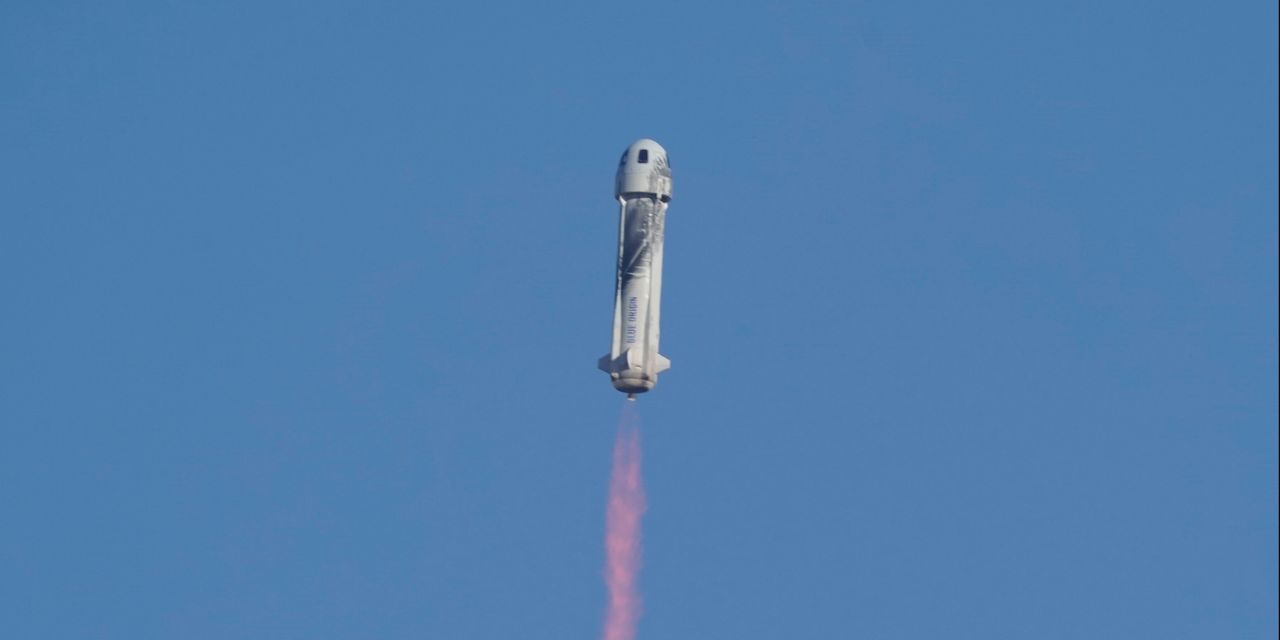 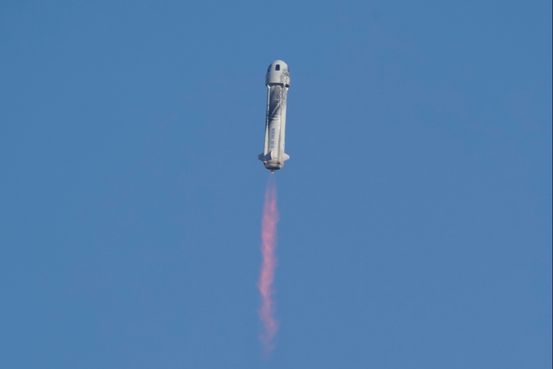 ’ Blue Origin LLC is set to launch six people to the edge of space for a few minutes on Saturday, a trip that would round out the busiest year for human flights in more than three decades.

and his child. Two guests who didn’t pay for their seats will be along for the ride as well: “Good Morning America” co-host Michael Strahan and Laura Shepard Churchley, the eldest daughter of Alan Shepard, who in 1961 became the first American to reach space.

Originally, the group was scheduled to fly on Thursday, but Blue Origin moved the launch time to 9:45 a.m. ET Saturday because of windy conditions.

Will billionaire-funded space trips help or hinder space exploration? Join the conversation below.

The flight would be the 13th human space mission this year, the most since 11 were completed in 1985, according to data maintained by Jonathan McDowell, an astrophysicist at the Harvard-Smithsonian Center for Astrophysics.

This year’s number includes five trips managed by either the Chinese and Russian governments, such as the Russian space agency’s launch earlier this week of a crew that included Japanese billionaire Yusaku Maezawa to the International Space Station.

It also includes missions handled by a trio of private companies based in the U.S. In July,

and five others to the edge of space. Blue Origin sent a crew including Mr. Bezos, its billionaire founder, up shortly thereafter, and launched actor William Shatner and three others in October.

SpaceX twice blasted astronauts to the space station for the National Aeronautics and Space Administration, and in September flew four private astronauts to orbit for the first-ever all-civilian orbital trip.

The pace of human launches in 2021 “is precisely what we’ve been working on—what I and many others in the industry have been working on—for the last 20 years,” said Rob Meyerson, the former president at Blue Origin. He predicted the number of human space flights will increase in the coming years given the capabilities space-transport companies have developed.

Private space travel remains out of reach for the majority of people, given current ticket prices and relatively limited capacity in terms of vehicles available and licensed spaceports.

Axiom Space Inc., a Houston-based company developing its own space facility, is charging $50 million to $55 million for each seat to arrange private-astronaut missions on SpaceX rockets to the current space station, according to a person familiar with the matter.

Virgin Galactic has said its suborbital tourist flights will cost at least $450,000 a seat. Blue Origin hasn’t discussed prices for its launches. In July, Mr. Bezos said the company was approaching $100 million in sales for its tourist space trips.

Tom Vice, chief executive at Sierra Space, said tourism trips are expected to be a big part of the company’s business in the future. The company, part of contractor Sierra Nevada Corp., recently raised $1.4 billion to use in part to continue developing the Dream Chaser Spaceplane, a reusable spacecraft designed to land like a commercial jet.

“The challenge you have to get through is it is an early adopter model,” with wealthier people serving as the first customers, he said in a recent interview. “If we can get the price down, we can literally have hundreds of thousands of people, if not millions of people, who want to get into space.”

Like its two previous tourism trips this year, Blue Origin will use its reusable New Shepard rocket to blast a crew capsule from a launchpad in West Texas past the Karman line, an internationally recognized boundary for space that starts around 62 miles above Earth. Those on board are expected to get a chance to float in zero gravity conditions for a few minutes and peer back at Earth.

Mr. Taylor, chief executive of Voyager Space and a longtime advocate for space exploration, said he has dreamed of visiting space since he was a child. He said suborbital trips like the one he is expected to experience through Blue Origin will be a steppingstone to longer journeys.

Write to Micah Maidenberg at micah.maidenberg@wsj.com